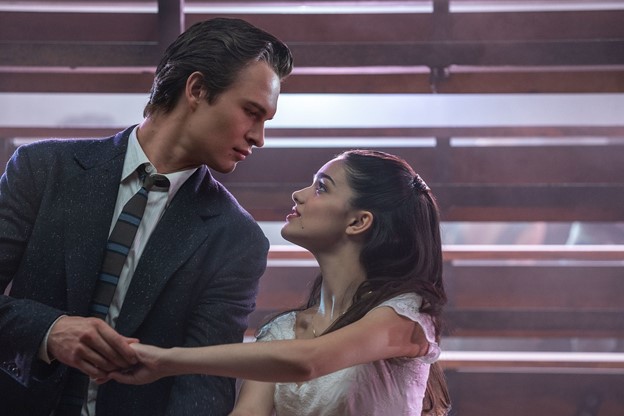 The second feature-length adaptation of a 1957 musical is upon us. This past weekend, West Side Story dropped in theaters starring Ansel Elgort and Rachel Zegler. The Steven Spielberg feature has earned highly positive reviews and is a definitive frontrunner for the Academy Awards next year. Unfortunately, the film flopped in its opening weekend with a pitiful 15 million (worldwide). Naysayers might say it was because of a lack of well-renowned stars, but Spielberg’s name would instantly bring eyes to a film product. And it’s within the proximity of the Christmas holidays, so that it could leg out over the break leading into the New Year.

#1 If there’s anything to blame box-office related during the pandemic times, it’s COVID.

One cannot go wrong by stating the obvious: COVID is the primary reason the box office has wallowed in mediocrity since the pandemic was officially announced in March 2020. It’s what crippled The Suicide Squad and Jungle Cruise. It’s what washed away any success of In The Heights. And it, unfortunately, rammed West Side Story’s potential. An 800k domestic Thursday night preview is a nigh indication of a box-office bomb. And then a 10+ million domestic debut, even by Spielberg’s standards, is near pernicious for a film that was repeatedly delayed.

There’s reportedly a new variant on the rise, which doesn’t help matters and scares more folks back to their homesteads. Even with more mandates and vaccinations, anyone over the 18-49 demographics is most likely steering clear of the theaters. So the studios will have to cross their fingers and hope a strong word can lure some younger audiences to stand alongside the other blockbusters of the Christmas holidays.

#2 The musical genre in 2021 has suffered astronomically.

It has been quite the year for action, science fiction, and horror films. But when it comes to the drama and musical genres, they’ve fallen off the wagon so many times that they now must slowly chase it down. Dear Evan Hansen received miserable reviews and failed to score points in the auditoriums. In The Heights cost Sony severely after an under 15 million domestic debut, even when the film was praised for celebrating community and heritage.

The studio is hoping this feature turns out to emulate the success of The Greatest Showman, which legged out beautifully after a muted debut. Mary Poppins Returns earned a “fine” 32.3 million five-day opening before racking up 82 million between Christmas to New Year’s Day.

So, maybe it is not time to give up on West Side Story yet, but the other heavily anticipated blockbusters coming out days before Christmas might have a different say.

And speaking of blockbusters…

Funny story: a few days ago, there was a discussion on how the box-office shattered in 2018 and 2019, and we had an intriguing understanding of its success. One blockbuster followed the next, and the box-office kept amounting ridiculous amounts of money to satisfy the companies and theater chains. It became synonymous with a positive reinforcement cycle, as excitement continued to spread for each feature, distributing a week or a few later.

It’s what gave Disney the “Box Office King” title, pushed Sony to spectacular heights, and even allowed Warner Brothers and Fox a chance to shine (before Disney absorbed the latter in 2019). Now in the pandemic era, few films have mighty anticipation behind them. And one that everyone and their parents have been looking forward to ever since the fallout from Tom Holland’s second solo ride with the character is No Way Home.

The marketing behind the film has been insane, pushing out the nostalgic emotions after Alfred Molina’s Doctor Octopus returned (in the first trailer) from Sam Raimi’s Spider-Man 2 in 2004. It also gave insight into Peter Parker’s chaotic life after his identity was revealed to the world. More villains from other Spider-Man films are returning, Doctor Strange’s spell opening the Marvel multiverse, and the continuation of the MCU domination pushes this chapter to become the highest-grossing film of 2021.

No way in hell did Spielberg’s film have a chance, especially with the Spidey film coming out one week after its arrival. Musical films may soothe the audience, but Spider-Man is the famous teenage hero that everyone loves. Don’t believe it? Look at the current projections for its opening weekend and the records it has amassed in such a short time frame.

Sony and Disney will be reaping the rewards come the Christmas holidays.

Getting Lost in The Labyrinth