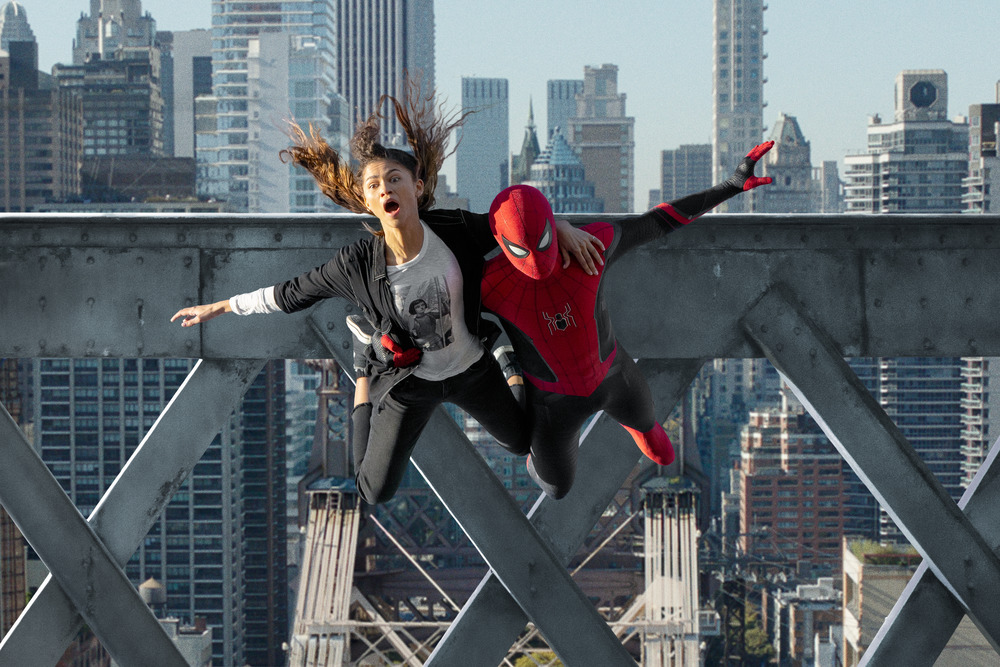 Warning: This is a spoiler review of “Spider-Man: No Way Home.” If you haven’t seen it yet, I recommend swinging back over after catching it.

Now that fans have finally gotten the chance to see “Spider-Man: No Way Home,” it feels appropriate to have a spoiler-heavy review. After all, it is incredibly difficult to even talk about the film in any way while simultaneously tiptoeing around spoilers. With that being said, let this serve as one final warning before delving into spoiler territory for “No Way Home.” I would highly recommend coming back after viewing the film and going in as blind as possible.

Where else to begin but with the three Spider-Men that grace the screen? Even if the online speculation and leaks suggested that Tobey Maguire, Andrew Garfield, and Tom Holland would all swing across the screen, seeing each of the former Spider-Man actors’ introductions was chill-inducing. Even at a press screening people were hooting and hollering at the screen during these moments. Garfield’s introduction worked incredibly well, with his interactions with MJ (Zendaya) and Ned (Jacob Batalon) reminding us of the charm he had as Peter Parker. In all fairness, Garfield deserved better, and performances in “Hacksaw Ridge,” “Silence,” “Tick, Tick… Boom!” further cement that. Maguire looks like the “seasoned vet” of the trio, and it was great to see him back on the silver screen. Maguire is also the last to put his suit back on, but seeing the pointy lens and metallic web pattern on his suit was something that seven-year-old me would never believe would be back in a movie. As someone who grew up on the Raimi trilogy, with a distinct memory of begging my mom to buy the “Spider-Man 2” DVD at the Target in Phillipsburg, NJ (thanks, Mom), and then saw that first photo of Andrew Garfield in the updated Spider-Man suit for 2012’s “The Amazing Spider-Man” when it dropped online, “No Way Home” is a Spider-Man fan’s dream. Sure, “Into The Spider-Verse” did it first, and arguably better, but the personal attachment that many will have with Maguire and Garfield ultimately serves “No Way Home” better.

With the reemergence of the OG Spider-Men being covered, their {Midtown High} chemistry was also compelling. Of course, Garfield’s Peter Parker is the hardest on himself; feeling left out given that he never fought an alien and can’t shoot webs from his wrists. What initially begins as a “web-slinging” contest between Maguire and Garfield spins itself into a “big brother” relationship. When Garfield is constantly putting himself down, saying he’s the “boring one,” Maguire’s Peter picks him back up and reminds him that he is a great Spider-Man; a sentiment ultimately shared with many Spider-Man fans. “The Amazing Spider-Man” movies are likely on the lower end of most rankings of Spidey adventures, but opinions of Garfield’s portrayal of the character seem to have only gotten better over time. The three all combining their abilities in the final fight are the moves I spoke about in the spoiler-free review. The trio initially couldn’t work as a team, and as Holland’s Peter Parker throws out, he did work in a team, even if Maguire and Garfield think that The Avengers is a band. The final fight is a bit of the MCU mess that we have seen before, with all of the villains ultimately cramming too much on the screen, but the three using their unique abilities to take each villain down one by one was simply awesome. The three just swinging around felt straight out of “Spider-Man: Turn Off The Dark.” Speaking of, why wasn’t Reeve Carney brought back?

It feels like Tom Holland is always hyping up the action sequences in his Spider-Man movies as something new and inventive with each press tour. If I’m not mistaken, he compared certain sequences in “Homecoming” to that of a horror movie, and he likely said something similar about “Far From Home.” For the first time, Holland may not have been just stating weightless fluff, as “No Way Home” does have some brutal scenes. Spider-Man’s first one-on-one fight with the Green Goblin (Willem Dafoe) sees them pull no punches and throw each other through concrete floors. Even Aunt May’s death — which is still the most surprising part of the film — was gritty in comparison to the other MCU movies. When Holland’s Peter Parker reaches the point of only seeing red, he beats Dafoe’s Goblin to a pulp. I don’t know if Holland has even displayed such a scary intensity in his eyes, and this, along with his reaction to Aunt May’s death, proved that Holland can actually act. These movies don’t generally make me cry, except you, “Avengers: Endgame,” but Holland’s performance in these scenes broke my heart.

The ending of “No Way Home” is another one of the strongest parts of the film. Holland ultimately decides that he has to wipe everyone’s memory of him, not just him as Spider-Man in the ultimate “Eternal Sunshine of the Spotless Mind” fashion. While he promises MJ and Ned that he will come back and find them, he ultimately decides to let them be after stopping by the coffee shop MJ works at and seeing how peaceful their lives are. It would appear that MJ suspects something, as she promised before the memory wipe, but Peter ultimately takes a step back and decides to continue on as Spider-Man without getting the ones he loves involved. Will he eventually reconcile with them? Yeah, it’s an MCU movie. It is highly unlikely that this is the final outing for Holland, especially with Amy Pascal’s recent comments on a new trilogy. But if it did end here, it gives a heartbreaking, but ultimately appropriate bookend for Holland’s Spider-Man. The Green Goblin and Dr. Strange (Benedict Cumberbatch) tell him that he can’t live two lives, and he does learn this by the end. But for as great of an ending as it is, it just feels like there is no way that they will keep this fate sealed. The final scenes where Peter goes to the coffee shop, with snow falling in New York City, are also some of the most unique scenes in a comic book movie. The scenery felt like a drama, not a comic book movie, and added to the heartbreak of the scenes. Peter falling all over his words while shoving the script he had written to himself shows both the growth and the stagnant nature of Peter. He’s still the awkward kid that has trouble with stumbling over his words, but he also makes a very mature choice here.

“No Way Home” is ultimately the best ending to this trilogy. I think most hope that there is more story yet to be told, and rest assured, it feels as though Tom Holland will continue his swing as the wall-crawler. I’ll admit, I feared coming into “No Way Home” that there was no way they could balance all of the villains and inevitable returns of Maguire and Garfield. Yet, they handled the villains in a way that was more than cheap nostalgia, even fitting in some reintroductions of beloved characters, and the returns of the old Spider-Men were even better than imagined. On top of that, they added some stakes, with Aunt May ultimately biting the bullet; or glider. “No Way Home” is the most emotionally-driven Spider-Man movie to date, and Sony/Disney do deserve all of the credit for taking such swings (pun intended).

“Spider-Man: No Way Home” is in theaters now.