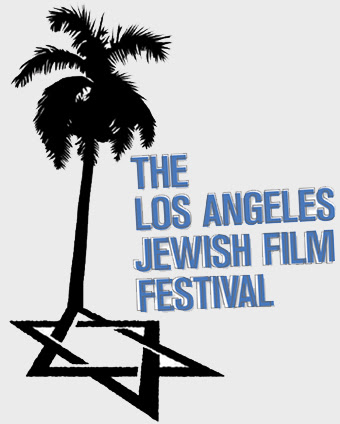 Interviews on February 14, 2022 0Likes At The Movies
ShareTwitterFacebookInstagram

I was looking at the event, the Los Angeles Jewish Film Festival, could you give me a brief history of the festival?

Sure! The Los Angeles Jewish Film Festival began in 2006 and since then it has become the go-to film festival for Jewish and “Jew-ish” themed films in the LA area. Providing new and exciting films and programming with filmmakers from all over the world is what we do for our ever-growing audience. We focus on Jewish stories, Jewish people, culture, and heritage in all aspects. But sometimes we show films that are related to the Jewish experience in areas such as human rights and civil rights issues as they may relate to Jews, or Jewish values. We also show films that we call “Jew-ish” meaning a story [i.e.] about the “Righteous Among the Nations,” non-Jewish people who were active in saving Jewish people from the Holocaust in WWII. Or stories not directly Jewish, but about different cultures that have been supported through Jewish organizations and work.

So, we’re very diverse in our programming, especially internationally. We work with many consulates in Los Angeles. Anytime we have a film that is representative of a country, whether it’s Germany, Israel, Italy, Poland, etc., we work very closely with them to promote those films. We’ve also worked with studios like Sony or Fox [now a part of Disney] to help them promote films, for instance, “Jojo Rabbit” or “A Hidden Life.”

Since the pandemic, we have changed our format since we couldn’t go into theaters anymore and started to do programs online. We now have a growing online presence. We have had terrific film events with celebrity-attended virtual Q&As. Sometimes we show a film with a talkback and other times we promote films streaming on Netflix, for example, the hit mini-series “Unorthodox”. I think that was our first online program–we did a Q&A with Emmy-award-winning Maria Schrader, the director [and] writer of “Unorthodox”.

We’ve premiered a few other films that brought new perspectives to our audience. One specifically about the Black-Jewish relationship and the civil rights movement. This one was called “Joachim Prinz: I Shall Not Be Silent,” which was about Rabbi Joachim Prinz, the civil rights activist and speaker who spoke right before Martin Luther King Jr.’s I Have A Dream speech. We had US Senator Cory Booker on our virtual panel discussion.

So we’ve had the ability to reach a much wider audience through our online programs. And we have had the ability to bring in guests that we may not be able to get otherwise in person. In the past, during our week-long festivals, we have honored all kinds of celebrities from Carl Reiner to Peter Bogdanovich, Ed Asner, and Buzz Aldrin, to name a few.

Can I ask you, what is your background? Are you a director, how did you get so interested in the film industry and festivals?

That’s a good question. Thank you for asking. I made a documentary that we actually did show at the festival called “As Seen Through These Eyes,” and it was narrated by Maya Angelou [and] produced by the Sundance Channel and it was about Holocaust artists. My interest in creating the festival came from my desire to give other filmmakers a voice; to be able to help them premiere their films in this community.

I always focus on local filmmakers. Like we’re doing with Mariette Hartley and Jerry Sroka’s

My first job out here was working in feature film development with the actor, Tom Hanks. I then went on and worked with Steven Spielberg’s Shoah Foundation interviewing Holocaust survivors. So I have a really diverse background on one side Hollywood on the other side [documentary and with the Holocaust subject].

It really put me in a good position to be able to be the front runner on starting the LA Jewish Film Festival and curate unique programs. And the inaugural year was in 2006. And since then we’ve expanded city-wide. I think at one point we were in 14 different venues in and beyond LA County; from Thousand Oaks to Pasadena, Santa Clarita to the South Bay. We also had programs every day in Beverly Hills and in Encino. The Jewish population is so diverse but the goal for me is to reach beyond the Jewish population so that we really could open up a dialogue between multi-ethnic communities.

We’ve also done programs with students. The goal is really to make more of an international festival and more dynamic, and give emphasis to all ages and to appeal to a diverse audience.

Before I get into the specific film that you guys are showing this week, what is the process of kind of planning out a film festival? I don’t know if you would have a simple answer for that.

We have an upcoming film event this week for “Our (almost completely true) Story,” which is a US premiere for the independently-produced film starring Mariette Hartley, Jerry Sroka and other recognizable Hollywood names and faces.

When we have an event online it moves the audience beyond the Los Angeles areas physical problems of poor mass transportation and endless traffic issues. Once someone buys a ticket to the online screening, they can access the film in the comfort of home or on a device anywhere. Then with the special Q&A session included in the ticket the program is very easy to attend.

When we are screening a film in a theater, we pick venues where people can easily access them.  By not making the venue difficult to get to is important.  That’s why we screen films in multiple venues, for those communities that are farther out of the LA basin so they can enjoy the festival, too. We want our audiences to be excited that they have an opportunity to see something that’s within reach.

As restrictions begin to relax, the idea now is moving forward and how we can potentially create a hybrid film festival where people can go in person and have that experience safely in a theater or stay home and stream it online. So we’re working on that. That’s our next goal is how to make that happen.

This week you have the film, “Our (almost completely true) Story,” showing digitally, right?

Yes, It is open to the public for purchase and anyone who is interested in seeing it can access the film online to watch it between February 11th and February 15th at our Los Angeles Jewish Film Festival website, here I’m particularly excited about the Q&A, which is included in the ticket, and that will take place on Zoom on Monday, February 14, Valentine’s Day, with the film’s stars, veteran actress Mariette Hartley, Jerry Sroka and the film’s director Don Scardino. Due to popular demand, we will likely extend the viewing window for another 24 hours; sometimes people attend the Q&A and will not have had time yet to see the film. But we always offer a long screening window so people can join the Q&A (which are always free – they can register here for this one).

And how did this project come across your desk?

Well, we do screening and programs every month, so that’s the good news, I can keep you busy every month. This is a busy month.

We have two other in-person films coming up because a lot of the distributors want to have in-person films. Some of the bigger distributors especially. But this is still tricky because as we watched when Omicron was dominant, people were still not quite ready to go back into the theaters.

This upcoming film online, “Our (almost completely true) Story” came to me through my LAJFF co-chair who had a relationship with the filmmaking couple who are a real-life married couple and made this film based on a relationship. It’s a delightful film and it just seemed like a perfect fit to show in a Valentine’s Day program.

It’s a comedic romantic dramedy and really multi-layered. It’s about two people who are looking for love over the age of 65. It questions “how does that happen and where do you begin?”

The film stars Mariette Hartley, who’s not Jewish but gets together with Jerry, who by the way, comes from the theater world, (“Godspell), and in the voiceover world. Jerry is also a voice actor known for “Rugrats.” Jerry calls himself a “short Jewish leprechaun” so the story of this classy, tall, beautiful actress falling in love with this funny guy is interesting. The story is done in a very lighthearted comedic way, but there is also some serious drama when Mariette struggles with a health crisis.

What’s fun about this film, “Our (almost completely true) Story,” is that it will be especially fun for people of a certain age who know actors from the 70s and 80s. Anybody over age 50 will be like, “Oh yeah, I remember that guy for “The Love Boat” or “I remember Morgan Fairchild!”

Comedies are important. We need that relief. We’re really happy that we’re able to show this for Valentine’s Day.

One of the films you mentioned earlier was “Jojo Rabbit,” which ironically is the topic of my thesis. Was that a film that you guys premiered at your festival?

We presented that film in a one-off program, meaning it was outside of the normal festival week and we worked with Fox, and it was also a sneak preview.

I was just curious for your thoughts then on it [“Jojo Rabbit”], because like I said, I’m currently doing my thesis on it, and I just like hearing people’s thoughts on it.

I thought it was fascinating. And I loved it. I watched it several times and each time I watched it, I found something new about it. It was beautiful. It was painful. It was educational. Using the form of satire, I thought, was interesting. It was quirky but I loved the relationships. I loved the fantasy. I love the little boy [Roman Griffin Davis] and his relationship with the girl (Thomasin McKenzie). I just thought it was brilliant. And it’s the kind of film that seeps into your very being and you can’t shake it.

I thought it was such a different take on a very difficult story. I mean, every character in it from Jojo’s best friend (Yorki, played by Archie Yates) and the Nazi Official (played by Sam Rockwell). There were so many layers to the film and the characters were so complex but presented in a lighthearted way. That was a film that started out going in one direction and then it switched once the mother was killed. I know a lot of people were put off by his fictional Hitler friend, but I just thought what an interesting way to present this horrific human being.

If you had to tell people about the LA Jewish film festival, why would they be interested in the films that you show?

We put together thought-provoking, interesting programs that we curate to reach all backgrounds, cultures, religions, and ages. That paired with sophisticated and unique Q&As with filmmakers, celebrities and experts gives people a valuable and rewarding film experience. It’s not just about showing a film.

This interview was edited for clarity.

Q&A on zoom with Mariette Hartley, Jerry Sroka, and the director will take place on February 14 at 5 pm PST/8 pm EST