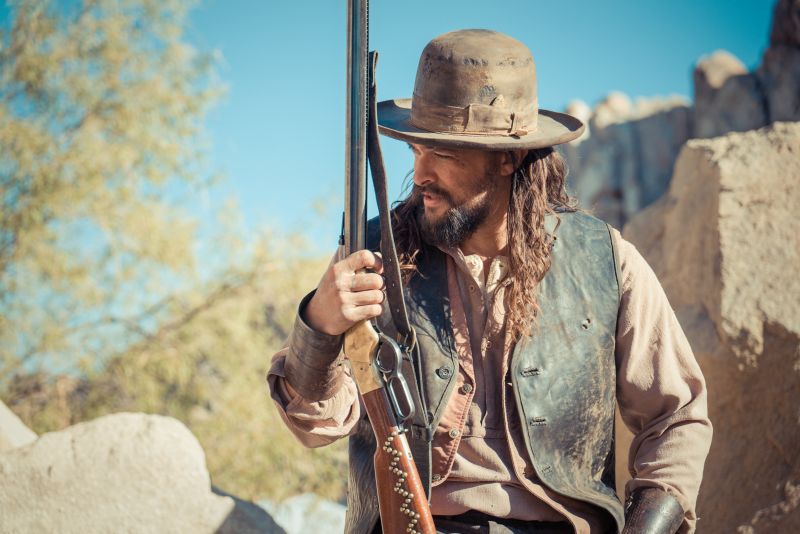 Uncategorized on June 21, 2022 0Likes At The Movies
ShareTwitterFacebookInstagram

Saban Films announced today that they have secured the worldwide rights to the Jason Momoa western The Last Manhunt about the legend of Willie Boy.The film is the true story of the last great American manhunt of the old west, based on the oral history of the Chemehuevi tribe within the boundaries of what became Joshua Tree National Park.  The film features a largely Native American ensemble cast, including: Martin Sensmeier, Mainei Kinimaka, Zahn McClarnon, Lily Gladstone, Raoul Max Trujillo, Brandon Oakes, and Tantoo Cardinal. Saban Films will release the film in November 2022.

Christian Camargo directed The Last Manhunt, an On The Roam production, which is based on a screenplay by Thomas Pa’a Sibbett and story by Momoa and Sibbett. Producers are Martin Kistler and J. Eric Laciste. Executive producers are LA Lakers president Jeanie Buss, Michael Acierno, Dan Clifton, Stacy Kennedy, Brian Andrew Mendoza, Sibbett, and Momoa. The deal was negotiated by WME Independent and Jonathan Saba for Saban Films.

Set in 1909 when a reputed murder spawns a tragedy reminiscent of Romeo and Juliet, The Last Manhunt follows Willie Boy (Sensmeier) and his love Carlota (Kinimaka) who go on the run after he accidentally shoots her father in a confrontation gone terribly wrong. With President Taft coming to the area, the local sheriff leads two Native American trackers seeking justice for their “murdered” tribal leader.

Saban Films previously collaborated with Momoa on the 2018 hit film Braven which to date was one of the most successful films for the company.  “We are thrilled to be working with Jason again, especially on The Last Manhunt, a story about a misrepresented culture. As Jason noted, the ‘ true story of Willie Boy is a beautiful one’,” said Bill Bromiley, President Saban Films.

In a joint statement from the filmmakers: “The truth of Willie Boy’s story lies in the overlooked voices of the desert people who have inhabited it for generations: the Chemehuevi. To them, Willie Boy wasn’t a savage murderer, he was simply a man who fell in love with a woman that wasn’t meant for him. As filmmakers, it was important to us that this complex narrative and how Native Americans are portrayed to the public was told accurately. With underrepresented cultures coming to the forefront in film and TV, we were committed to approach this Native tale with the utmost respect to the cultures represented by it. In Saban Films we found the ideal and trusted partner to shed light on this true and tragic story of the last western manhunt, setting the spirits of this story free.”