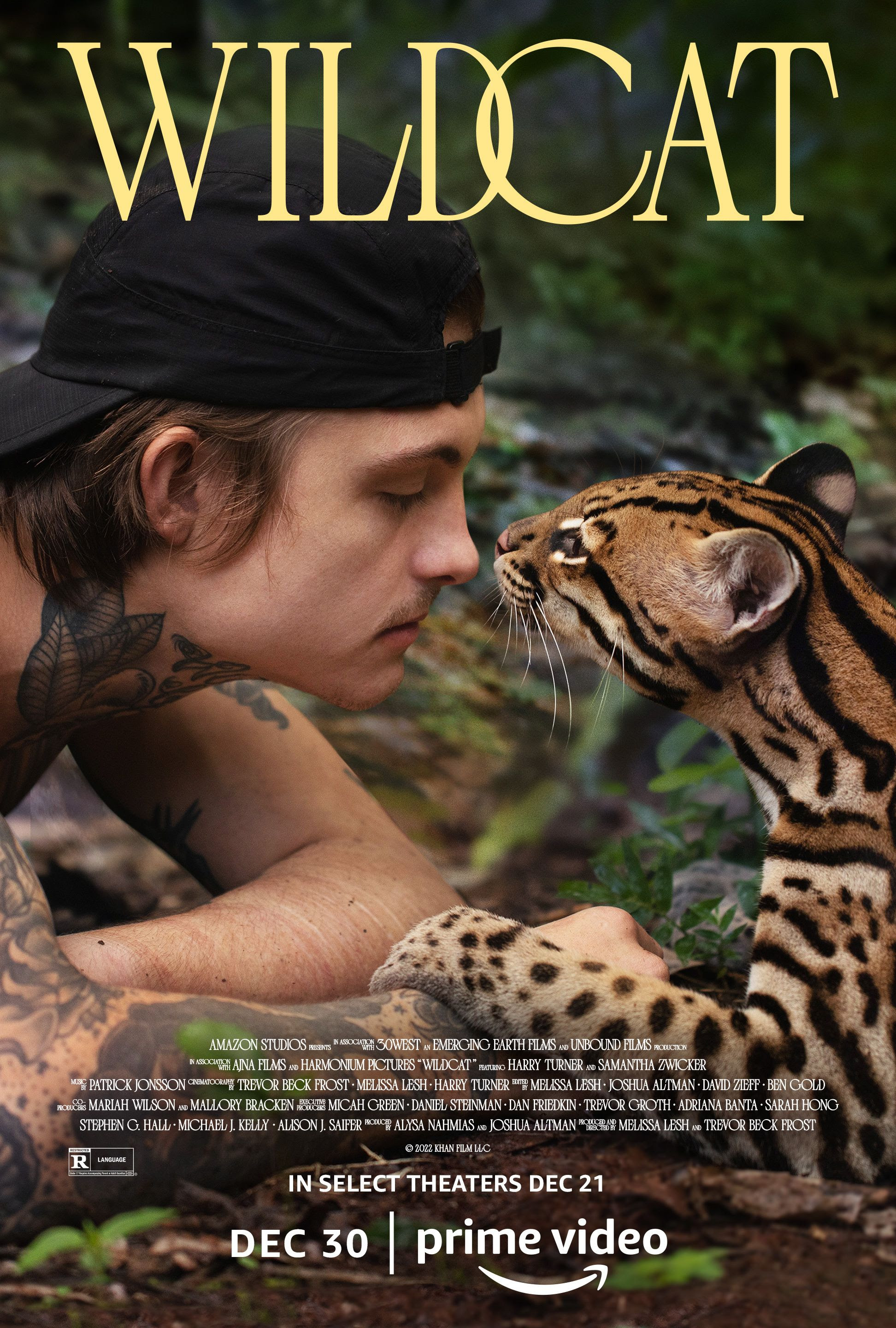 Uncategorized on December 13, 2022 0Likes At The Movies
ShareTwitterFacebookInstagram

WILDCAT, which premiered at the Telluride Film Festival, follows a young British veteran (Harry) on his journey into the Peruvian Amazon where his life finds new meaning working at a wildlife rescue and rehabilitation center. Particularly impactful is the bond that forms between Harry and an orphaned baby ocelot he starts introducing into the wild.

The documentary is from first-time feature filmmakers Trevor Beck Frost (a former photographer for National Geographic) and Melissa Lesh (who previously made short form docs) who teamed to make this documentary after they stumbled upon the story of Harry Turner, a British Army vet traumatized by his experience as an 18-year-old soldier in Afghanistan who went to the Peruvian Amazon to disappear. There he found an ocelot cub that took him on a journey of healing and discovery as he worked with a small team led by Samantha Zwecker, a conservationist working to protect the ocelots from poachers.