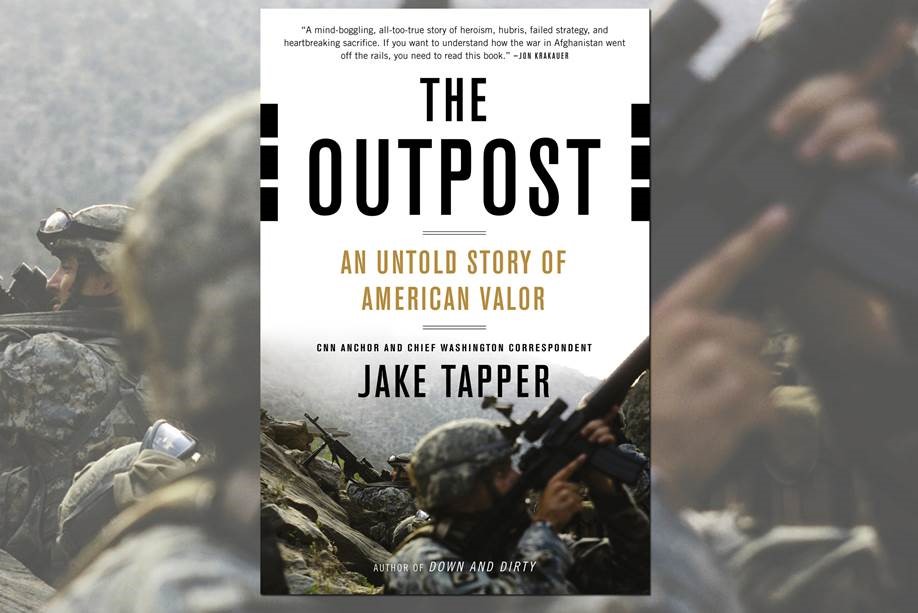 Jake Tapper’s The Outpost: An Untold Story Of American Valor To Be Major Motion Picture

Entertainment News on July 26, 2017 0Likes At The Movies
ShareTwitterFacebookInstagram

During Operation Enduring Freedom, US soldiers were stationed in Northeastern Afghanistan. Their mission was to spread democracy by engaging locals in community development. The station was known as “Outpost Keating” and it was under constant threat of attack by the Taliban. It was during the last days of the mission that a Taliban force of 400 attacked. Known as the “Battle of Kamdesh”, 50 American soldiers were victorious against the Taliban.  Two soldiers earned the Medal of Honor.

This epic true story was chronicled by CNN News Correspondent Jack Tapper in his book, THE OUTPOST:AN UNTOLD STORY OF AMERICAN VALOR. Millennium Films is bringing the story to the big screen– a deal that was three years in the making.

“This is a project we’re extremely passionate about and have been actively pursuing for over three years now,” said Millennium Film’s Jeffrey Greenstein and Jonathan Yunger. “We’re excited to finally bring this film to life and pay homage to our service men and women, who put their lives on the line every day.”

Paul Merryman developed the script, which Paul Tamasy and Erik Johnson co-wrote, and will produce alongside Tamasy and Marc Frydman under their Battle Plan Productions banner. Paul Tamasy and Eric Johnson most recently wrote CHURCHILL’S SECRET WARRIORS for Jerry Bruckheimer and Paramount, and just completed a drama pilot script for Legendary and Lorenzo.  Tamasy and Johnson were nominated for an Academy Award for David O’Russell’s THE FIGHTER.