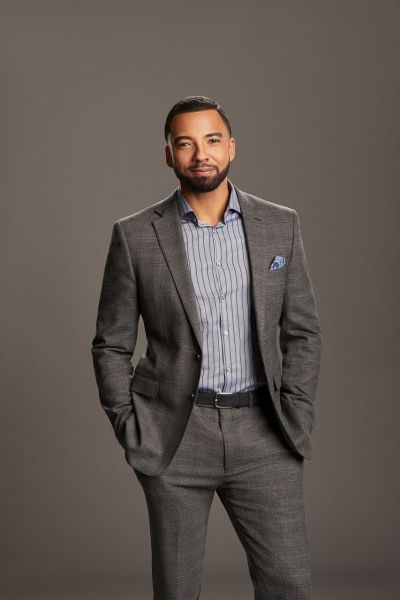 Spotlight on May 7, 2018 0Likes At The Movies
ShareTwitterFacebookInstagram

Christian Keyes recently landed a role on BET’s ‘In Contempt’ as Charlie Riggs. Riggs’ character is easygoing and overconfident. He has a steamy friends with benefits relationship with Gwen Sullivan. They have a long standing friendship, but he wants more than just sex. Keyes plays a character that is stuck in compromising positions when it goes to getting his clients justice. Additionally, Keyes talks with ATM about his new role and gives us insight into what happened behind the scenes of filming.

ATM: Tell us about your character Charlie on the show.

CK: Charlie in ‘In Contempt’ is someone  you would want to hang out and have a beer with. He is a very capable public defender. Charlie has aspirations for bigger things. He sometimes does not take things too seriously. Charlie wants things to appear as if it easy. This does not mean he does not work hard. Charlie is a lady’s man and sarcastic. A fun guy to have and have in the office. He has a friends and

ATM: Has your character changed your personal perspective of a public defender?

CK: Absolutely. This show has allowed me to have more of a thorough understanding of how overworked and overloaded they are with cases. This can be seen as an unconstitutional amount of cases. They still have a job to do, which is finding some formal justice for everyone with a few resources and time. ‘In Contempt’ helps me understand and respect them more. Additionally, have more sympathy for what they do because it is not easy.

ATM:  What were your preconceived notions of a public defender?

CK: It was the general reputation for any public defender, “If you can not afford an attorney one will be appointed to you.” This is already a jail sentence within itself according to everyone. In reality, there are a lot of good public defenders. When a law student graduates from law school they are not going get a job at some prestigious law firm. They have to earn their your stripes to earn work. They have to receive trial experiences before you earn that leap. Some public defenders are overworked. They do not get paid what they should. Also, they do not get a lot of opportunities to speak with their clients. They might be working on 140-150 clients at once. This is unbelievable because how could you focus on one case in detail alone.

CK: It is starting to come out that he wants a little more than friends with benefits. Charlie is going to be Charlie and Gwen knows this. To Gwen, it is fun for certain moments. They have mind binding sex as Gwen puts it. Neither of them can see themselves in a relationship. This is not realistic for anyone of them. Gwen’s law professor gets back on the scene. He is not hating on no one, but he is jealous. They have years in this friendship.

CK: We both have the passion for what we do. The long hours and the desire for presentations. I do not always wear suits like Charlie. I am nowhere as cocky as Charlie. When I want people to know my personal best I will show it, but I will not tell you about it. Charlie will show you but will tell you about it also. I am going to do it and you have the choice to become the judge. Humility is the strength. Confidence is quiet. Insecurities are sometimes loud. I prefer a relationship in my real life. Also, I prefer to have one bad-ass amazing, brilliant, strong, driven woman. The kind of woman that is great on her own without me. This way we contribute and add to each other.

ATM: In the first episode your character Charlie spoke the following lines “ When you go home you are lying awake still thinking about your clients. When I go home I am sipping liquor playing Madden”. Your coworker Gwen differed saying she goes home thinking about work. From your perspective which is more affected?

CK: I still remember that scene, which is crazy. I think both are necessary. Sometimes you have to get away from your work. You have to give this part of your brain a rest. You might see things you were overlooking because you were so saturated with this one thing. It is the matter of trying to do this in moderation. Take your work home with you, but do not allow your work to become your life.

I follow this principle in my real life. I am a vampire (chuckles). I say up late after my son goes to bed. I will vibe, stay up working on monologues. Sometimes I will binge watch a series on Netflix. You have to turn your mind off sometimes. A person should not keep grinding. Even the greatest minds out there would say you have to detox from your job sometimes.

CK: Good questions Gabrielle. I like it. I got up early. I showed up to set. I put my order in for the food. I always got an omelet with turkey and vegetables. Next, if the barber needed to line me up, then I would get lined up. Next, I would go to hair and makeup. I would never spend any more than two minutes in the makeup chair. They put powder on me so I would not appear shiny. I do not like a lot of makeup. I do not like it when men look as if they have a lot on television. I went to my dressing room and rehearsed. I walked around to listen to the scene with headphones on. I would sneak on the set before we filmed. We shot all day and got up to continue the next day.

ATM: Why did you decide to take this role? Was it for the money?

CK: It was not for the money. That is an interesting question. It was an opportunity to play a good character. It is a fresh and sexy take on Law & Order. I like how Charlie is flawed and he owns it. I did not want to keep playing safe characters with no issues.

ATM: Putting yourself in the position of the people you are defending, what personal perspective does this give you as a black male actor?

CK: Ultimately, you want to give them justice and they need justice. Sometimes they are in jail because they cannot afford bail. People sit in jail for weeks, months, and years. Similar, to Kalief Bowsers. His family could not afford the three thousand dollar bail. This show helps me understand my job playing public defender, but also helps me emphasize what the clients.

Keyes’ character Charlie is continuing to show more signs of love for Gwen Sullivan. He has learned about the seriousness of how actual public defenders operate and has grown a higher respect for their work. Aside from ‘In Contempt’ Keyns has a reoccurring role on CW’s ‘Supernatural‘.