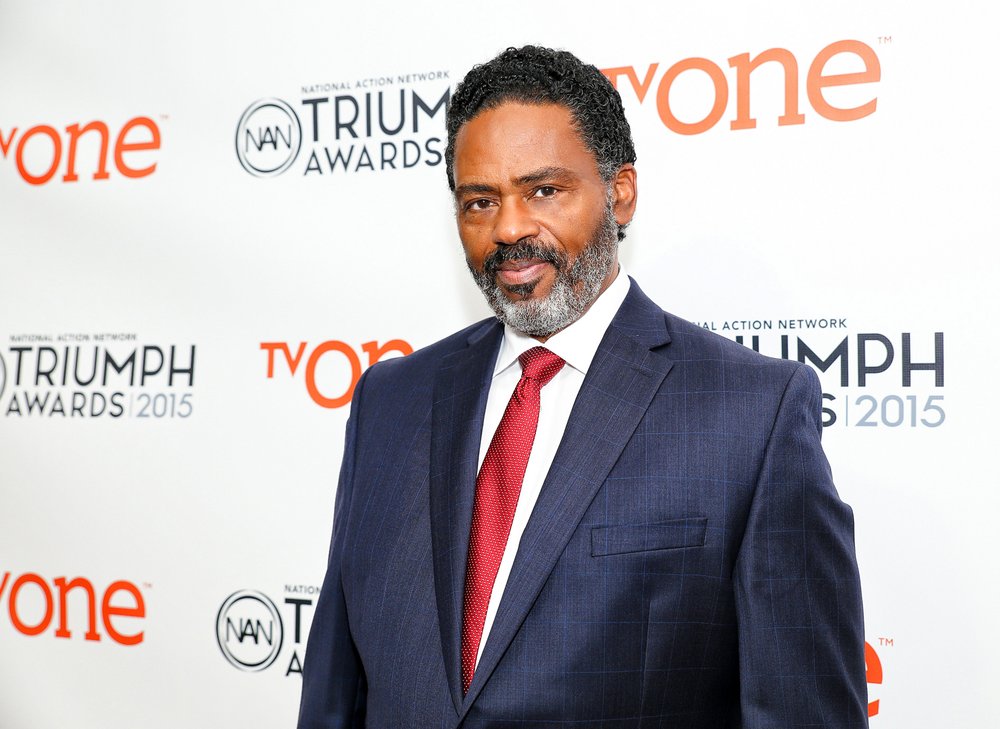 Spotlight on May 8, 2018 0Likes At The Movies
ShareTwitterFacebookInstagram

Richard Lawson has been in the entertainment industry for over 50 years. His earlier and notable roles include Scream Blacula Scream, Poltergeist, and For Colored Girls. Lawson’s long career in Hollywood earned him a lot of respect and knowledge. His recent role is on BET’s In Contempt. Lawson plays Earl who is the father of Erica Ash’s character Gwen Sullivan. Lawson fell in love with the script from only reading the first page. His character has experience in law but is questionable about his daughter’s stance in law. Lawson plays a male character who is driven to perform and critique the best of his ability in the justice system. He talks with ATM about his role and about other aspirations.

ATM: What aspect of the theme related to this series intrigued you?

RL: I was immediately attracted to the script when reading it. The script was so well written. It was from a different perspective that I have yet seen in other shows. This show is from the public defender’s point of view. They are defending the little guy, which is a person that does not have much of a chance against the system. Also, they do not have enough money to bail themselves out. My daughter played by Erica Ash is a public defender. She is the lead of the show. I am a former judge and a corporate attorney. My character feels she is fighting a useless battle. I am trying to convince her to take a corporate job to have more tools to help fight. Metaphorically, she is in a war with one gun and one bullet. I am trying to help her fight from a higher position.

ATM: Where do you see the perception of your character throughout the rest of the series?

RL: My character is a flawed man who loves his daughter. He is proud of Gwen but does not like the position she is in. I have a son that is

jail for armed robbery. I feel the system worked the correct way, meaning he should have gone to jail. However, Gwen does not believe this is the case. I am no longer with my alcoholic wife. My character has a very dysfunctional family. I am trying to assist with my family to confront the things that did not work. The one beautiful point about this show is that all the characters have consistent flaws and they are trying to work through them. We all have our issues. Mine is because of the structure of my family. Success has a cost to it. Anyone that is incredibly successful can contest to things being left undone.

ATM: How did you work to embody the characteristics of your role?

RL: I did a lot of research. I have questioned a lot of lawyers, police officers, and taken a close look at the system. I also had my own experiences in regard to being affected by the system. I have been stopped at least six times for DWB which is Driving While Black. I certainly have a point of view about the justice system with police, judges, and lawyers from my personal experiences. Additionally, from my research experience and stories from friends. This all helped me to approach the character.

This was a profiling in Beverly Hills. At this time, there were less black cops in Beverly Hills. Now, they have made an effort to educate their police officers and make them more socially aware. This never makes you feel good. Especially, today people are acutely aware of the hypersensitivity with police. One slight mistake can send everything down the rabbit hole. I am more aware of this.

I was recently in New York with another similar experience pertaining this subject. I was in my car service vehicle that got stopped. They gave the driver a ticket. Now, I was sitting in the backseat. At this moment, I was never so uncomfortable with the cop staring at me from outside my window. I had a phone in my hand and I became really cognitive about keeping my hands visible. I did not want to become a statistic. To have to live like this is uncomfortable but this is the state of the union. It is only going to get worse with our current administration.

ATM: Describe the skills you used from your acting teacher Milton to guide you in this role.

RL: He was my teacher and prodigy. I studied with him for many years. I have my own school called The Richard Lawson Studio. The foundation of what is taught here is what I learned from him. I was able to take his skills and apply my own experience and knowledge to establish my own approach to acting. I learned how to act and how to have a career. Additionally, how to approach this business and build on it. It is understanding the products and deliverance. My knowledge from Milton was 360 degrees in terms of what it takes to make it in Hollywood. It was more than learning how to act it is about expanding.

ATM: Explain how you do not bring character at home with you.

RL: This is never a problem. When I work I work. I leave it on the set. I go home to prepare for the next day. What I am doing in the character being played is different than who I am. This is what I do. Who I am is not what I do. This is not the same thing. I have been doing this so long that I know how to cut it off when done.

One of the things I teach my students that they must cut it off. They must cut it off to separate what you do from who you are as a person. This is a marathon, not a sprint. To run a marathon, you must think about the whole race. You cannot get caught up in the smaller moments that might not go well. You must think about how you will survive the race. You are not actually competing against anyone but yourself. In this business, it is about the choices you have to make to sustain an entire career. If you cannot do this, then you are going to have a real problem trying to have a substantial life.

ATM: What type of controversy do you feel this new series will create across America?

RL: It will allow people to pause to think about what is currently going on. Another beautiful point about this is that you will see a lot of people that you know. These are stories that are based on true stories. These people are American citizens from your neighborhood, on the 6 o’clock news, someone you know closely, or your cousin. It is a very real series that helps to capture a sense of truth that we are all aware of. Especially, if you are of color or an immigrant. Also, if you are in some group that our President has verbally attacked you have sensibility and the knowledge to survive this current social situation. People will see how to do this on this show. You will see all the people you read about, know, and mostly you will see yourself.

ATM: When you go home to watch your character or other films, in general, describe your different perspective versus the average viewer.

RL: I look at things differently than most. I first want to know if the story captures my attention. I question if it is something that is going to put my attention on something that is false, believable, larger than life, and does it have logic behind it. Also, because of my long time in the Hollywood business, I cannot help but see the mistakes or the continuity that does not match. Someone leaving the room and they had a necklace on. Next, you see them come back with no necklace because the scene was shot on different days. I catch all of these things. I look at things differently.

Lawson plays a flawed character but has a sense of good judgment being a part of a show that deals with the current troubles of society and our connection with the justice system. In a series of real-life stories, we will begin to recognize familiar cases and receive insight on how to deal with them better. The show gives answers to the questions we have been asking since the Rodney King, Trayvon Martin, and Michael Brown tragedies.