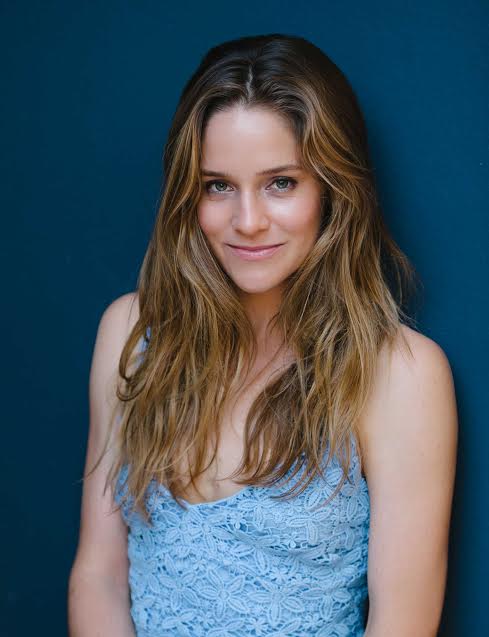 Spotlight on May 25, 2018 0Likes At The Movies
ShareTwitterFacebookInstagram

Sarah Bishop is the director for the new Australian web series Ding Dong I’m Gay. Bishop worked alongside creator Tim Spencer, also starring in the series. Producers Rosie Braye and Joshua Longhurst helped organize the structure of the series. The web series has received attention in the media and will continue to be a fun energetic comedy exploring a class odd-couple troupe. The show discusses homosexuality and coming out of the closet. Bishop takes us into some of Australia’s socio-cultural norms with identity and sexuality.

ATM: Take ATM through the casting process of this show.

SB: For the most part the casting process of this show happened quite organically. Tim Spencer, the creator, approached me to come on board to play Lucy quite early on, he was playing Cameron and then the biggest casting issue we were worried about was casting Toby. Toby needed to have that rare combination of being a very alpha-male, strapping, country lad but also with a naive and playful innocence.

a feeling he would be perfect. But it was a still a process of meeting with Remy and making sure that he clicked with the group. Ultimately of course he won everyone over with his charm. And Alex Lee who plays Sweetie is a comedian and actress here in Australia that we were all big fans of, so it was a no brainer to approach her to join the show.

ATM: What prior directing experience helped you to direct this series?

SB: I’d recently been a director on a TV series that I also co-created called Wham Bam Thank You Ma’am which aired on ABC in Australia and on the NBC Universal comedy streaming platform, Seeso, in North America.

ATM: In addition to directing this amazing series, you have a role in it a pregnant con artist. You possessed an authoritative role as the director and as an actress. Describe how you were able to direct and act in this series.

SB: I started in comedy through an all-female online sketch comedy group called Skit Box. We are constantly acting in and directing our own stuff, so it’s something that has always felt natural to me. The key is to make sure that the rest of your production team – especially your Cinematographer – is really across what you want the show to be, and I was lucky that Michael Steel, our Cinematographer, was someone that I trusted completely to come on this job and have my back.

ATM: Motherhood and homosexuality are two arbitrary topics. Where in the series did you want to show these topics the most?

SB: We wanted to explore a variety of topics and different characters – and we’re excited to explore more topics as we move on to Ding Dong I’m Gay Season 1.

ATM: What does your character portray about an Australian woman?

SB: I think Australian women can be fun, cheeky and sometimes a little bit dodgy (many of us are descendants of convicts after all). I liked the fact that even though Lucy is pregnant, she’s still finding time to steal a bunch of iPads from unsuspecting electronic retail salesmen.

ATM: Where in Sydney did you direct this series? / What location{s} did you all use for majority of the scenes?

SB: We directed this at one of the producers’ houses in a suburb in the inner west of Sydney. We sincerely apologize to her partner and two dogs who were made homeless for the weekend.

ATM: Explain the expectations you had for the cast members: Toby, Cameron, Sweetie, and your character Lucy.

SB: My only expectations was that everyone had fun and spoke up if something didn’t feel right or authentic. I think if actors are really struggling to say a line or do an action, then often it means that it might not be right for the moment and there could be a better option that will make the scene flow. It was helpful that we had one of the writers on the set so that we could make those changes if needed.

ATM: Are you currently working on any other projects?

ATM: Explain your viewpoint on the status of the gay/queer community representation through entertainment: film, television, or web series.

SB: I’m excited that the industry is becoming more and more open to stories from a more diverse range of voices from all spheres. I think we’re moving into a phenomenal time in storytelling where the barriers are coming down so that people from all walks of life can start to come forward and share their stories, and I think our culture will be all the richer for it.

Ding Dong I’m Gay is still in its early stages of the season. Bishop played a pivotal role in developing this series. The series is streamed online and is continuing to challenge societal norms. This show makes us contemplate women’s roles in other parts of the world and changes the viewpoint on the LGBTQ community throughout the world.

HOT TAKE: ‘THE BLACK PHONE 2’ COULD VERY WELL DISAPPOINT, LIKE ‘DON’T BREATHE 2’ AND ‘IT CHAPTER TWO’