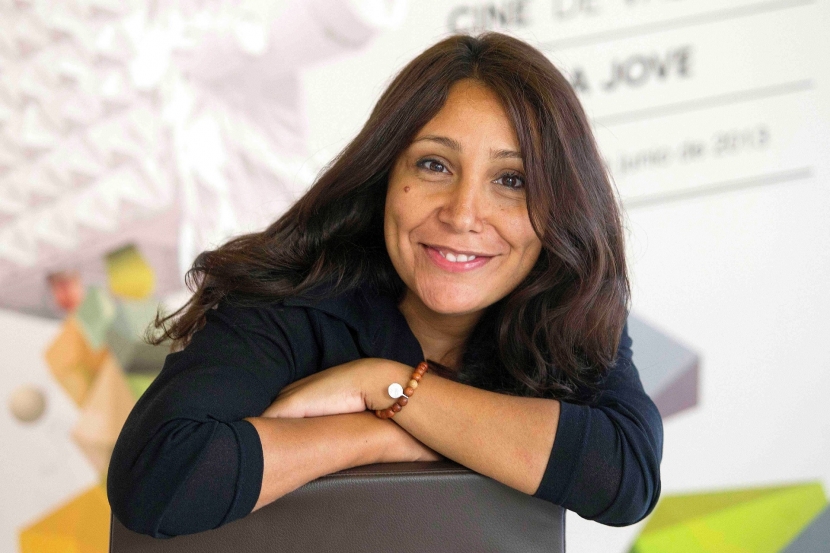 Reel 2 Real on May 24, 2018 0Likes At The Movies
ShareTwitterFacebookInstagram

Haifaa Al-Mansour who directed the film, Mary Shelley, is the first Saudi filmmaker. She climbed her way to fame from the laughs and setbacks from people. Today, Al-Mansour is one of the country’s best known and most controversial directors. Mary Shelley almost became a mirror of how her life was in Saudi Arabia. Her first film got laughs and no recognition. Whereas, this film will get much recognition and no laughs. Al-Mansour talks with ATM about the amazing actors on this film, behind the scenes commentary, a few Saudi Arabian societal norms, and personal tribulations in her early career. Additionally, she takes us through her directorial experience on Mary Shelley.

ATM: Elle Fanning is portraying a character that represents femininity themes and setbacks that runs parallel to the setbacks that you experienced in Saudi Arabia when you emerged in the American film culture. Express to us the parallels you recognize with you and Fanning’s character Mary Shelley.

HM: Yes. I was surprised when they sent me the script. It was interesting how she struggled to have a voice during this period in England. They expected women to act and be a certain way. Jane Austen was the star author at the time. Everyone thought this was the way Mary Shelley was supposed to write, which was about love, marriage, and jealousy. She chose to write about something totally different. Shelley was laughed at and taken for granted.

People laughed at me in Saudi Arabia when I started making films. They thought I was a joke because there were no movies in Saudi Arabia. No one cared. I know how hurtful and useless it feels when people do not give you the recognition. You feel you deserve it as a person. Especially when you are doing some creative and putting your heart/soul into it.

A lot of people say it is a masculine book. The truth is that Frankenstein is a mirror of everything she went through in her life as the woman: a loss of a child, relationship with her husband, death of her mother, and obsession dealing with life. It is everything coming from her life as a woman. This will give us the legacy to move forward.

ATM: What made you preserve and stay or become ambitious through all your setbacks in your own country?

HM: For me, I did a short film and got accepted. For once I did not feel I was invisible. It is about the feeling of being heard from a place like Saudi Arabia. This is what kept me going because I felt I existed and accepted for who I am. This feeling makes me continue making films. I enjoy making films. It is my hobby. The joy that gives me makes me continue.

HM: We shot Mary Shelley in so many countries. We shot the first opening scene in Dublin. Then we had to go to Luxembourg to shoot another scene. The film is co-produced. Co-production sometimes get money from other countries, but you can spend money accordingly in different countries. For example, we would take Elle coming from outside in Dublin and finish the rest of the scene in Luxembourg. This was challenging because you have to obtain the same look. We had an amazing costume designer. We had to keep the same energy in the scene and performance. Everyone did their best. It was very difficult and a lot of enjoyment.

ATM: How was your experience working with Elle Fanning, Maisie Williams, and other cast members?

HM: Maisie was amazing. Also, John from the show Downtown Abbey was amazing. They were useful. They were like “hey, give us the script.” They were very professional, and I enjoyed working with them. Toward the end, I really enjoyed working with Maisie. She was spot on and very focused. Elle is an amazing actress. She has so much going for her after. Elle elevated a lot of the scenes to a whole new level. It is wonderful to work with actors like this because she makes the world shine.

ATM: What did you learn about yourself as the director of this film?

HM: One thing I learned was to respect people’s work. For me as a director, collaborative work is not always my vision. For example, a costume designer that spends all day making sure the dress looks a certain way. I want to feature this person in a particular way that it makes them proud and happy for what they did. My production designer painted a whole wall and spent a lot of hours trying to make it look right.

I feel I have to help them feel proud and for people to see their work. As a director I want to see the best in people and make them feel ownership. Sometimes it is hard because people will challenge you. Especially for women. We really need to move beyond this and give people the recognition they deserve. This is what makes films special. People put their heart and soul into doing things.

ATM: Why do you think this type of movie was set to release now?

HM: It is very timely. It is very timely that women still get dismissed. This is such a modern idea. It is time now that people talking about why we do not have more female filmmakers. It is time to say that because women get dismissed. If Mary Shelley was a man, then you would see her everywhere. You see Frankenstein in movies, cartoons, and television but you rarely hear about Mary Shelley. If the creator of the writer was a male, then he would have been known. He would have been a household name. She deserves recognition. Right now, here is the movie and hopefully there will be a television show. There is so much happening.

ATM: Are you currently working on any other film projects at the moment?

HM: I just finished a film for Netflix, Nappily Ever After starring Sanaa Lathan. This film is about an African American woman in the relationship with her hair. She rebels and cuts off all her hair to go natural. It is such an amazing story because we have to be proud of who we are. Sometimes it is hard when you are surrounded by a culture who keeps telling you how you need to look or act. We are set to how it is seen in Toronto next year, hopefully, it will go to the server after this. Additionally, I go back to Saudi Arabia to shoot a film, Perfect Candidate. This film is about a young doctor who decides to enter politics.

ATM: I see you have your hands full.

HM: I remember a lot of the behind the scenes. I remember how the relationships between the actors and how we did certain things. I try to enjoy the film while watching the characters. I do not watch the film anymore because I saw it through editing over 100 times.

ATM: How has the film culture in Saudi Arabia changed?

HM: They are opening more movie theaters and pushing the funds for films. It is very active now and vibrant. I expect to see a lot of films coming from Saudi Arabia in the future. I hope they are beautiful films that help explain the culture and celebrate life. Also, to make it more tolerant. This part of the world needs to enjoy music, theater, and movies. It needs more fun, so people can see this part of the world

Mary Shelley’s lack of recognition for writing the legendary novel Frankenstein is similar to a woman in modern day entertainment. She died never being recognized. Al-Mansour breathed life into the script and took some aspects of her own life to carry out the vision of the screenwriters. She wants the lack of notice in women to end and hopes this film plays a part.