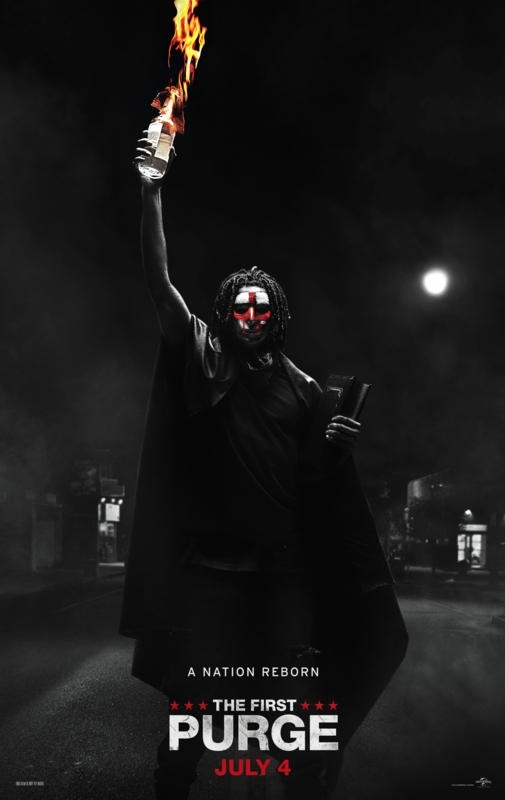 6 Things to Expect from “The First Purge”

Fun Facts on June 7, 2018 0Likes At The Movies
ShareTwitterFacebookInstagram

Ahead of its anticipated July release, let’s look inside the smash-hit series and count down some fascinating facts behind its fruition.

This is the first movie in the Purge franchise not to be directed by creator James DeMonaco. While DeMonaco is remaining as writer for the film, Gerard McMurray is the sole director.

As the title suggests, the film will act as a prequel to the previous three films and chronicle the events leading up to the very first, fully-legal 12-hour criminal activity event. Don’t expect to see any familiar faces, however, as the film takes place almost a decade before the very first film.

Similarly, “The First Purge” has political tie-ins to its release date: July 4th. The United States’ very own Independence Day will see the origin of The Purge’s Next Independence Day of annual lawlessness pushed by the New Founding Fathers of America.

Director Michael Bay, the explosive mind behind the “Transformers” 2007 reboot, plays a key role in the Purge films, acting as one of the series’ producers. Bay’s own films have grossed over $5 billion through his “Transformers” films as well as his remakes of “The Texas Chainsaw Massacre,” “Friday the 13th,” and “A Nightmare on Elm Street.” Bay said, “What I look for in a script is something that challenges me, something that breaks new ground. You have got to think fast in this business, you’ve got to keep reinventing yourself to stay on top.”

Without a doubt, this new addition to the $319 million grossing dystopian blockbuster series that is “The Purge” will be full of gory violence and grisly misbehavior, and a must-see this summer for horror fanatics worldwide.