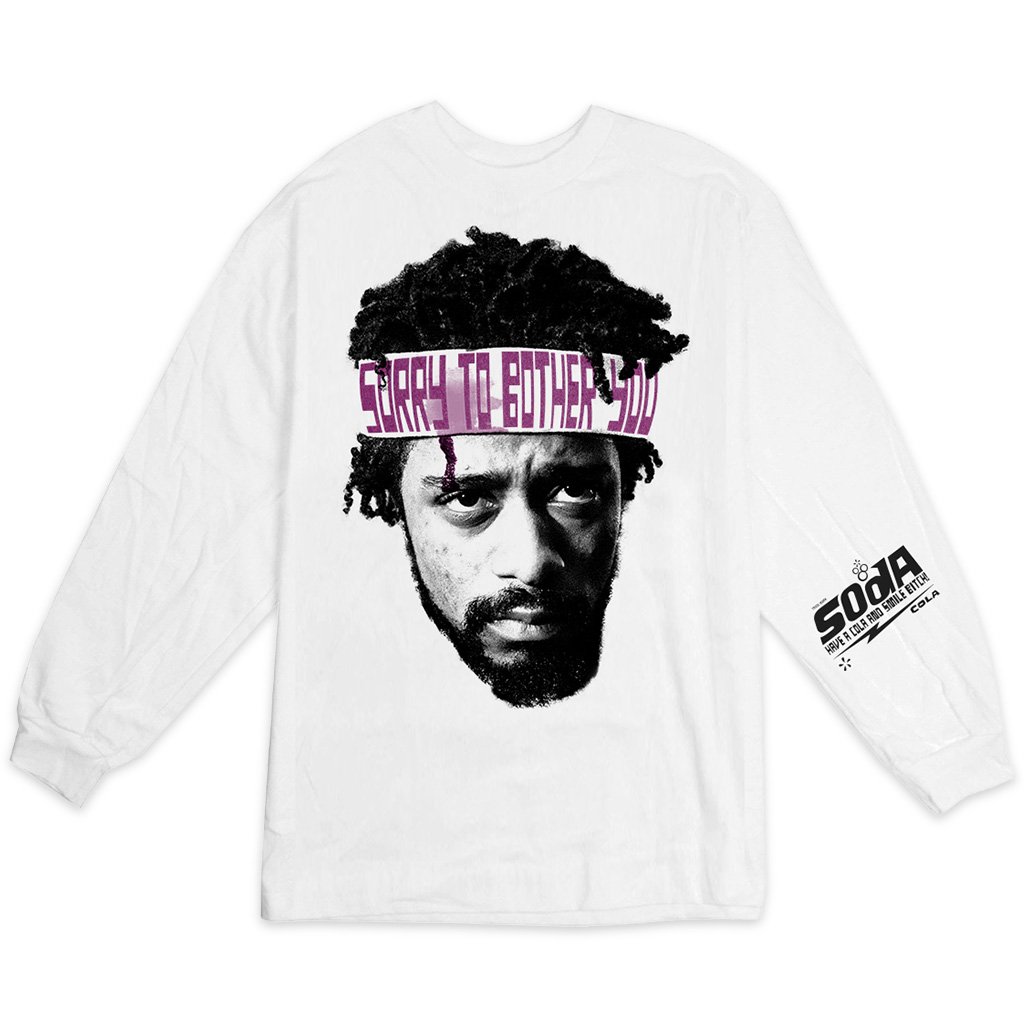 Entertainment News on June 8, 2018 0Likes At The Movies
ShareTwitterFacebookInstagram

“There are things that are done in this film that you’re not quote-unquote supposed to do,” says director Boots Riley of “Sorry to Bother You”, out July 6.

Alongside the theatrical film, a line of merchandise was launched online to get the word out. The products range from a $5 lighter emblazoned with the movie’s title to the real $23,999.40 Toyota Tercel driven by the main character. Capitalizing on the idea of underground, limited-release clothing drops – like brands Supreme and Yeezy have done – the movie’s merchandise cleverly sells t-shirts, tote bags, koozies, and even earrings depicting images and elements from the film.

Lakeith Stanfield (“Get Out”), Armie Hammer (“The Social Network”), Terry Crews (“White Chicks”), Danny Glover (“The Color Purple”), and Tessa Thompson (“Dear White People”) all act in this sci-fi comedy film directed by Riley, who has been rapping in groups The Coup and Street Sweeper Social Club since 1991.

Riley’s directorial debut, “Sorry to Bother You” follows a young black man, Cassius Green, struggling to make a living in Oakland, California. Green gets a job as a telemarketer and takes on a white accent in order to achieve success in the telemarketing hierarchy.

The film began production in Oakland last June and wrapped up a month later on July 30.

So far, “Sorry to Bother You” has been called “the raucous punk film 2018 deserves” by Vulture, a “whip smart satire” by IndieWire, “nearly as deranged as it is politically engaged,” by Variety and “bonkers” by Vox.

Clearly, Riley is making some sort of impact with this genre-bending, office-comedy-to-horror movie, and critics don’t know how to explain it all – and maybe it’s best that we let the movie do all the talking.

Watch the explosive trailer below.