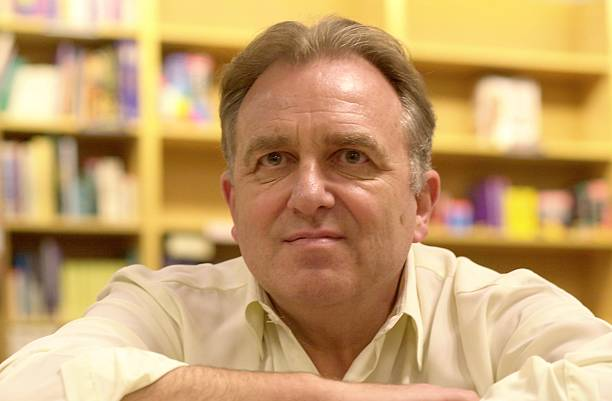 Reel 2 Real on June 22, 2018 0Likes At The Movies
ShareTwitterFacebookInstagram

Simon Napier Bell has been around and worked in the music business for over 40 years. He has witnessed triumphs and tragedies through his eyes in the industry. His documentary 27: Gone to Soon recounts the iconic music artists who all died at the young age of 27 such as Jane Joplin, Jim Morrison and Amy Winehouse to name a few. Napier and other industry professional discuss their theories about the answer as to why age 27. ATM talks with the English producer, manager, and director about the truths in the music business, memories, and the behind the scenes of his documentary.

ATM: Take us through the brainstorming process of the film.

SNB: My dad was the film director. I should be in films. I made a film two years ago about Frank Sinatra. My brother said I should make a film about the 27 Club. I started researching it and found good reasons why 27 is the age of music artists die mostly.  The frontal lobe of the brain matures at 27, which gives you cause and effect. Your body says, “What am I doing?” or “Is this what I should be doing?” A lot of worries comes to you. I looked at this and said this could be a really good film.

We found that people died with the similarities of childhood trauma. The desperation of getting too old and the pressure it all feeling like too much. This is the way to see how the music industry, in general, puts pressure on you. I said to my brother it was a good idea and let’s do it.

ATM: I see it is 8 am in Thailand right now.

SNB: Haha yes. I did not have time to make my morning cup of coffee. So, I was hoping to get up and make it. I did not go to bed until 6. I only had a few hours of sleep.

ATM: What do you usually get for coffee in the morning?

ATM: A lot of stars in the film grew up with traumatic childhoods and used them to cope with their mental demons. I believe they use their music to feel this void of the elements missed in their childhoods. Expand more on this based on your experience as a music manager.

SNB: It is always 100 percent. I have never met a major artist that did not have something involving trauma or dysfunctional family. This seems to be the moment in their life that slows them back into themselves. Also, they become very introverted and cut their friends out. They start finding ways to fill the gap. A Rockstar in the film talked about it. It is a terrible void that his father died. Almost everybody you look at even outside of the 27 club goes through this.

Madonna is a perfect example. Her mother died then her father married their nanny. The other two people in Madonna’s life seemed to be taken away from her. If you went back into Prince’s childhood or anybody’s, then you are going to find something happening. That is the moment when the lonely child creates. Of course, one of the problems occurs once they get into the music industry. The thing that makes them successful is what hurts them the most. While success is wonderful you also see the pain. It continuously takes them back to pain because they have to look at the pain to create more music.

ATM: Some of Adele or Taylor Swift’s music was made from their pain and true breakup. We clap when they win the awards, but when writing they were probably crying.

SNB: Some people say they needed to get the pain out of them, but it only goes out for a minute. Every time they sing that song at night and at every performance they go back to it. It is not how people think it is. People see this as fun, but this is worst. Prince must have dived into his childhood trauma to write Purple Rain. He was going back to that trauma. It is not a good way to live. This is what creates a performing artist.

ATM: Kind of similar to PTSD?

SNB: Yes, in a medical way. Getting out of you initially is a good idea. Going up on stage singing every night is the opposite of what psychology makes you do, which is to live with it and put it aside. They are going on stage rethinking the whole traumatic moments.

ATM: How did you go about the selection process for the professionals who talked in the documentary?

SNB: You have to find the people that know what they are talking about. In the music business, “if you say would you talk in this film,” then everyone says, “yes I’ll do it.” Half of them are useless. haha.

It is very good having to be a manager. I should have gone back to films earlier (laughs). Being a manager is very repetitive. You are involved with every artist you manage. People will ask the difference between them and you are astonished to answer. If you take away their individual look from the artist I manage, then it is the personal story. Every artist has the same characteristics.

ATM: In the film, Gary Numan said, “If you are not strong in the mind, then you should get out of this music because it is not made for fragile people.” Expand more on this.

SNB: It is a tough business. You look a people who are successful. I am sure in your life you have tried to do something, and it did not work out. You pick yourself up and act like nothing is happening again. A lot artist is tough but not resilient. Gary has had three or four big hits but does not see himself as a success. I wanted to explore this more because there are some really big artists that you look up to saying, “wow you’ve had 20 of the biggest hits ever.” Most of them are living in the gap of the success and they feel the lack of success more than the success.

ATM: I strongly feel most of the iconic artists that we adore died not understanding or knowing their own impact on the world.

SNB: Yes. [I know some people who have worked on music with Frank Sinatra]. His costume manager lived with him for 20 years. He said, “Sinatra mostly thought of himself as not very successful.” Sinatra said, “I am not a success. In 20 years I have not had a hit. I am just a has been.” He comes back at 70 with his biggest hit New York, New York. No artist has a big hit at 70. When you look at stars that are like the rest of us they do not see themselves from other people’s point of view.

ATM: As an experienced longtime music manager in the industry. What is your reaction to when you have watched your artists build a relationship with drugs?

For one it never helps. Some artists find their most help being on stage with a lovely sharing audience. The downside to that is when they come off the stage. They were up and happy while on stage. There is no solution. Being an artist is a screwed-up way of thinking, but we need them.

ATM: Did you know any of the iconic artists mentioned in the movie personally or come across them? Artists such as Janis Joplin, Jimi Hendrix, Amy Winehouse, Jim Morrison, Brian Jones, and Kurt Cobain.

SNB: I managed some of them. It is a very sociable business. Not everyone becomes friends. It is only a professional relationship even if it is a close one. So, you never go back to the same district. Some artist I have become friends with that I did not manage. Most artists are good to talk to. If you get in the depth of some artist, then they will be very similar to other artists.

SNB: The guitarist that said he established a void once his father died had a void talked more about this. After the interview, he said I never knew that and or thought about it. He said when he mentioned the void he never said it anywhere else. Because of this he felt shattered as if he has been through a revelation experience.

SNB: Yes, he had not recognized why he became an artist until he told me that.

ATM: How would you describe the music and/or entertainment industry?

SNB: I will give you the long answer today instead of the short one. It is commercialized. When you commercialize art than it is not really art anymore. The pain is being commercialized. Here is the problem, the entertainment and music business, in particular, makes money out of an artist’s trauma. It is really a conclusion for the artist has to live off this because they cannot get another job.

Once it gets to the audience it makes them feel loved. The industry knows that mainly their artist will be mentally imperfect people or people who already have a psychological problem.

The early ages of death in the music business has nothing to do with the pressures of entertainment because the industry is attracting people like this. It is a very strange art and commerce mixed together. Artists are a part of the problem because they complain about the commercialization of the product. Then they should not sign the contract. Go home and sing to the birds. If you are an artist, then you do not need the music industry. Once you sign that contract you become a music business person. It is a marriage between art and commerce.

ATM: What is your advice to the unsigned artist who imitates the commercialized and the fantasy of being a popular artist?

SNB: From what you are saying they are not a real artist. They are people who want to be great. Go get an education. Do it as a hobby. If you are happy, then you are not an artist anyway. All artist has an underlying pain. They do not ask to do it. They just do it because they do not know how to do anything else. The people you are talking about are not the major artist. They cannot get themselves a hit and they still will find out they do not like it. To have the courtesy of walking down the street on a nice sunny day in the street feels great but an artist cannot do this.

It takes three seconds for people running up to them. You only have to be the famous person for a day to realize you do not want it. For the people you are talking about once they get into the business they usually do not want to stay. How lovely that I can go to the best restaurant in town and sit at the best table. How horrible is that I cannot sit to enjoy my food because nonstop people start coming up to me. You get the table, but you cannot have the dinner.

ATM: Wow that was deep. I felt that. {laughs}

Napier is currently producing three different films. His job on these projects are very different than 27: Gone to Soon. The Thailand resident intertwines his music business experience with film production. He continues to explore these different aspects of the entertainment industry.

27: Gone to Soon is currently available on Netflix.

Director Theo Love Speaks on ‘The Legend of Cocaine Island’