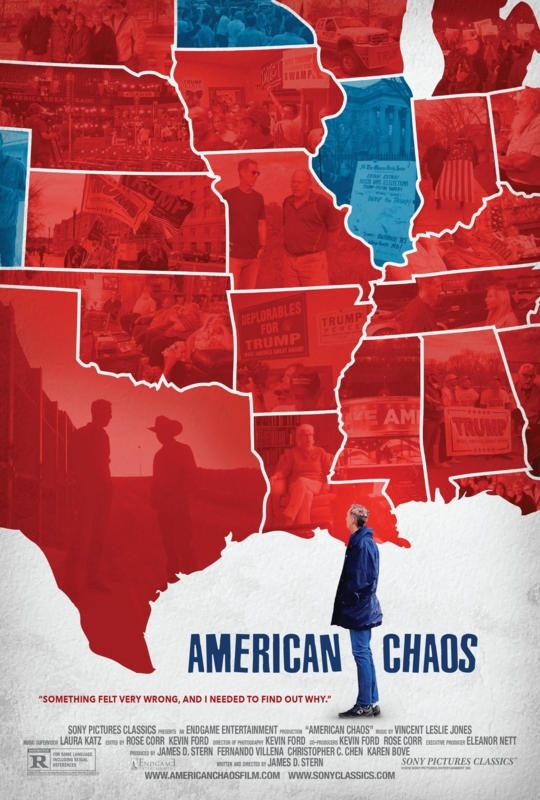 Entertainment News on June 23, 2018 0Likes At The Movies
ShareTwitterFacebookInstagram

This new documentary from Sony Pictures Classics has director James D. Stern asking red states, “Why Trump?” In the six months before 2016’s big election, Stern traveled the U.S. to uncover the appeal of President Donald Trump through the words of his supporters.

“I’m a political junkie, I always know what’s going on. But with this election, there’s a new voice on the scene…” Stern recounts as he sits in the backseat of a car traveling along his mission.

“American Chaos” is rated R and will hit theaters on September 14.