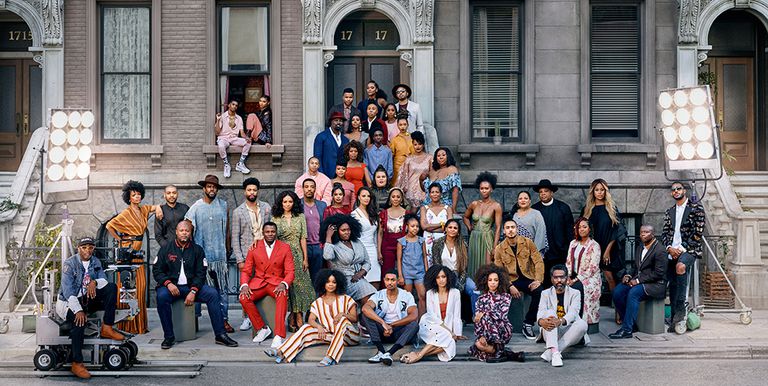 Entertainment News on June 25, 2018 0Likes At The Movies
ShareTwitterFacebookInstagram

Netflix called on its black content creators, actors, and writers to recreate a 1958 Esquire magazine photograph shot by Art Kane that captured 57 jazz musicians in Harlem, NY. That photo was titled “A Great Day in Harlem.”

The ad aired during the BET Awards on Sunday and features 47 actors, writers and producers from 20+ Netflix originals and was directed by Lacey Duke.

“Nuanced and complex; resilient and strong. This is not a moment this is a movement. We are strong black leads. Today is a great day in Hollywood,” says “Stranger Things” actor Caleb McLaughlin within the commercial.

Amongst the stars are actresses Danielle Brooks and Laverne Cox from “Orange is the New Black,” Lena Waithe of “Master of None,” comedian Marlon Wayans of “Woke-ish”,” Rev Run of Run-D.M.C. and “All About the Washingtons,” director Spike Lee of “She’s Gotta Have It” and many, many more.

The iconic Kane photograph has become a photographic cultural staple and has been recreated several times with different musicians of various genres. In 1998, XXL Magazine paid homage with their cover “The Greatest Day in Hip-Hop History” and featured 200+ stars of the genre like Wu-Tang Clan, A Tribe Called Quest, Shaq, Jazzy Jeff, Kriss Kross, Da Brat, Fat Joe, No Face and even Debbie Harry of Blondie who sang “Rapture,” the first rap song to hit #1 in the U.S.