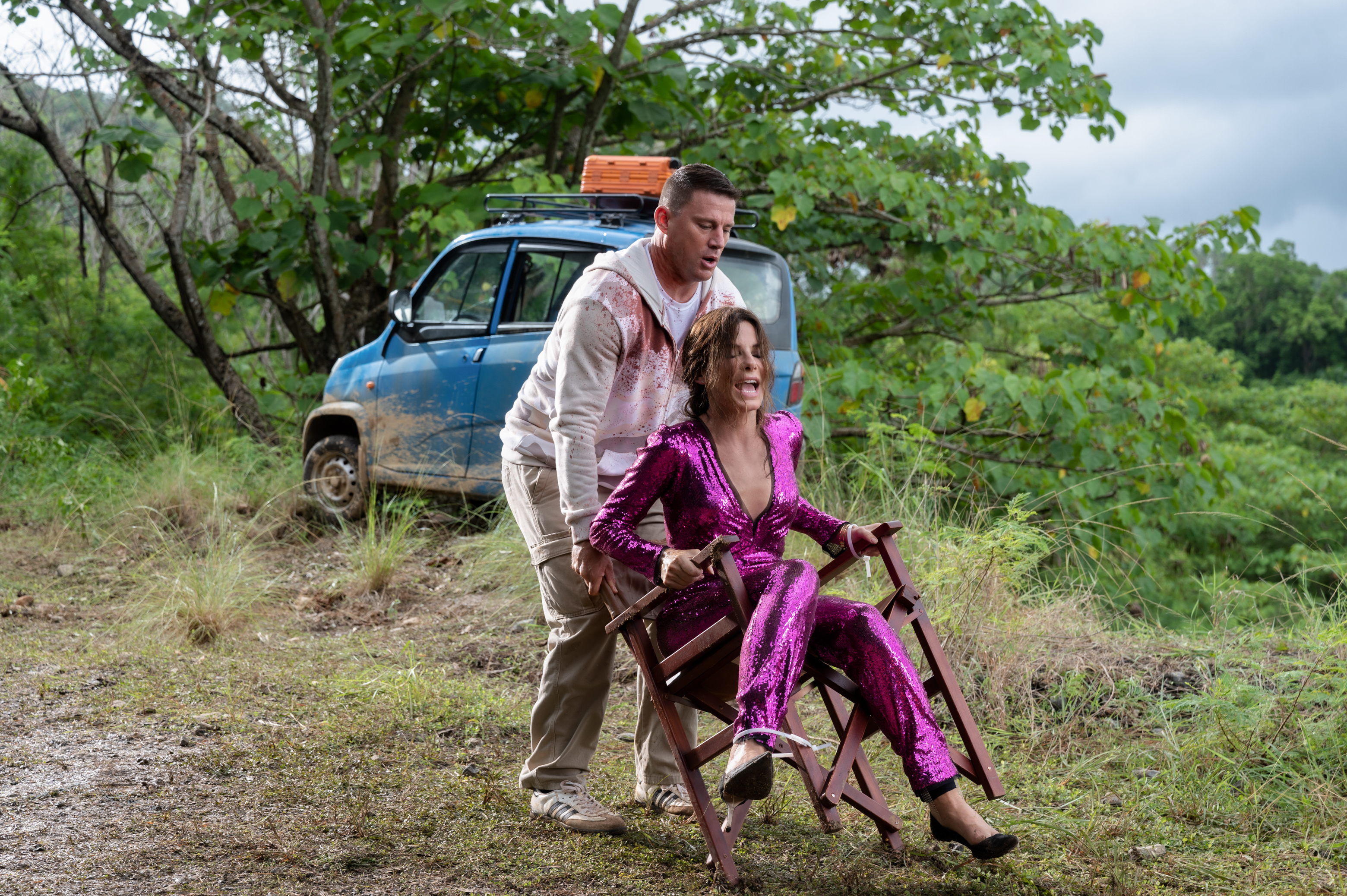 Entertainment News on March 27, 2022 0Likes At The Movies
ShareTwitterFacebookInstagram

After nearly a month atop the box office, “The Batman” was dethroned by the Sandra Bullock and Channing Tatum-led action-romance film, “The Lost City.” The film grossed a nice $31 million domestic and was the biggest wide release since the film it topped. “The Batman” still nabbed $20.5 million (-44.2%) in its fourth weekend as the film treks toward the $700 million mark (currently sitting at $672,851,000). Reminder: “The Batman” will be available on HBO Max on April 19, so it’s clear that WB is attempting to make one last push over the coming weeks.

“RRR,” a new Indian period epic, released to a $9.5 million debut in just 1,200 theaters which was good enough to take home third place. “Jujutsu Kaisen 0: The Movie” took a big dip in its second weekend, dropping 69.1% and grossing just $4.6 million.

While “Sing 2” had its theatrical run around Christmas and is now gearing up for a home media release, the film was added to 788 screens with singalong screening options. The film grossed $1,280,000 (-11.8%) this weekend.

The bigger indie release, however, was “Everything Everywhere All at Once,” which ironically was not available “everywhere all at once.” The very limited release saw the SXSW critics’ darling release in just 10 theaters across the United States. That being said, the film still made $509,659 which makes for an impressive $50,965 per-theater-average.

Whether or not “The Lost City” can keep its crown will be interesting, as “Morbius,” a Spider-Man spinoff film, is set to debut. The issue is, “Morbius” is projected to have the lowest debut Spider-Man spinoff, competing against the likes of “Venom” ($80 mil debut) and “Venom: Let There Be Carnage” ($90 mil debut).