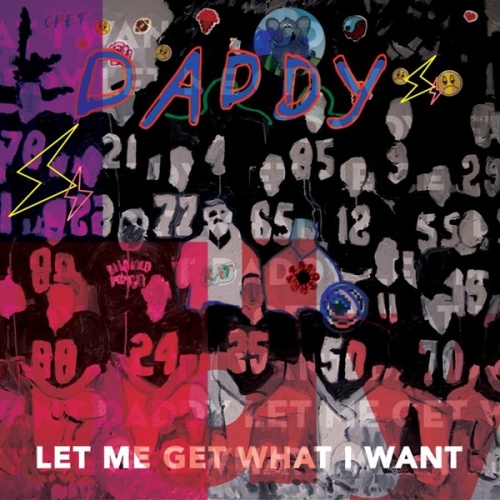 It’s been two years since James Franco’s band Daddy released a 51-minute art film music video to accompany all ten tracks off their debut album, “Let Me Get What I Want.” Unbeknownst to many, the story behind this musical project is ambitiously complicated, and collectively heartbreaking.

It all began with the formation of Daddy: Franco and his friend from college, composer Tim O’Keefe, wanted to start a cover band of the Smiths. Eventually, the two wrote poems based on songs by the Smiths and handed them off to Franco’s mother, Betsy Franco, teacher at Palo Alto High School (James Franco’s alma mater). Betsy gave the poems to her students and they collectively shot short films based on each of the ten poems they were given. Then, James and O’Keefe developed their poems into songs (former member of The Smiths, Andy Rourke, went on to play bass on a couple of the tracks) and weaved together the students’ video works into a ten-chapter film.

The band’s debut album, “Let Me Get What I Want,” was accompanied by this film of the same name, with each song getting its own music video. Sewn all together, it plays like an arthouse acid trip, with a flurry of slow motion, glitchy, neon imagery unfolding while Franco sings woefully of high school sullenness.

“I thought the way the Smiths’ songs had this great irony and earnestness at the same time was exactly how high school felt,” said Franco of the band’s inspiration. “Everything was kind of big and important, and yet so stupid at the same time. So exciting, yet also so boring.”

Collectively, the non-linear film tells the story of Tom, a gay teenager smitten with his best friend Sterling and ultimately jealous of his relationship with his girlfriend Erica. While abstract in nature due to the film’s dreamy visual effects, the sorrowful narrative pokes through songs like “On the Sidelines” where Tom observes the young couple in love, longing to be the one Sterling kisses instead.

Tom’s role as a sad onlooker plays out like a ghost floating through a room. His angst and homoerotic desires fill the screen with flashes of bright lights and impasto artwork of classmates’ school portraits as painted by Franco himself. Franco has also been the subject of gay rumors and accusations of queerbaiting for art’s sake, and this film doesn’t steer away from feeding into the gossip.

Typical high school themes surface, and we see Tom fall in love for the first time and attend prom and graduation. Plot-wise, it’s yet another brooding, high school melodrama full of underage drinking, lost virginities, car crashes, bullying, and heartbreak that we can all relate to in some dose.

While the film does pass off as student work in its amateurish quality, the usage of symbols and motifs have profound emotional impact on the audience. “Boys his age have bodies like knives, I was holding one by the blade,” Franco croons in “Lime Green Dress,” whereas in the video for “You Are Mine” we see Tom longingly watch Sterling’s wet, shirtless body at swim practice while Franco sings “I have so many plans for you, I am the center of all.”

We later see Tom underwater at a desk, writing love letters to Sterling, promising that this love was different. Tom was drowning in his own unspoken desires for Sterling and as evident in “Graduation Day,” he never did or ever will know.

Even though the Palo Alto students shot and directed the film, Franco worked closely with filmmaker Irene Su and video artist Beth Wexle to develop the moody narrative of teenage life at Palo Alto High. With motion graphics by Su and Wexle as well as illustrations by Franco, the fluid take on pop art provides visual stimuli too flashy not to notice.

Art films may not be universally understood or lauded by critics, but Daddy’s “Let Me Get What I Want” is a fascinating view on high school life behind the gaze of a hopeless romantic who wants nothing more than reciprocated romance. And maybe in that regard, we’re all a little like Tom, searching for the satisfaction of affection from somebody just to reassure our own self-worth.

Watch the full length feature below.

Reminiscing with Celebrities in HAVE A GOOD TRIP: ADVENTURES IN PSYCHEDELICS