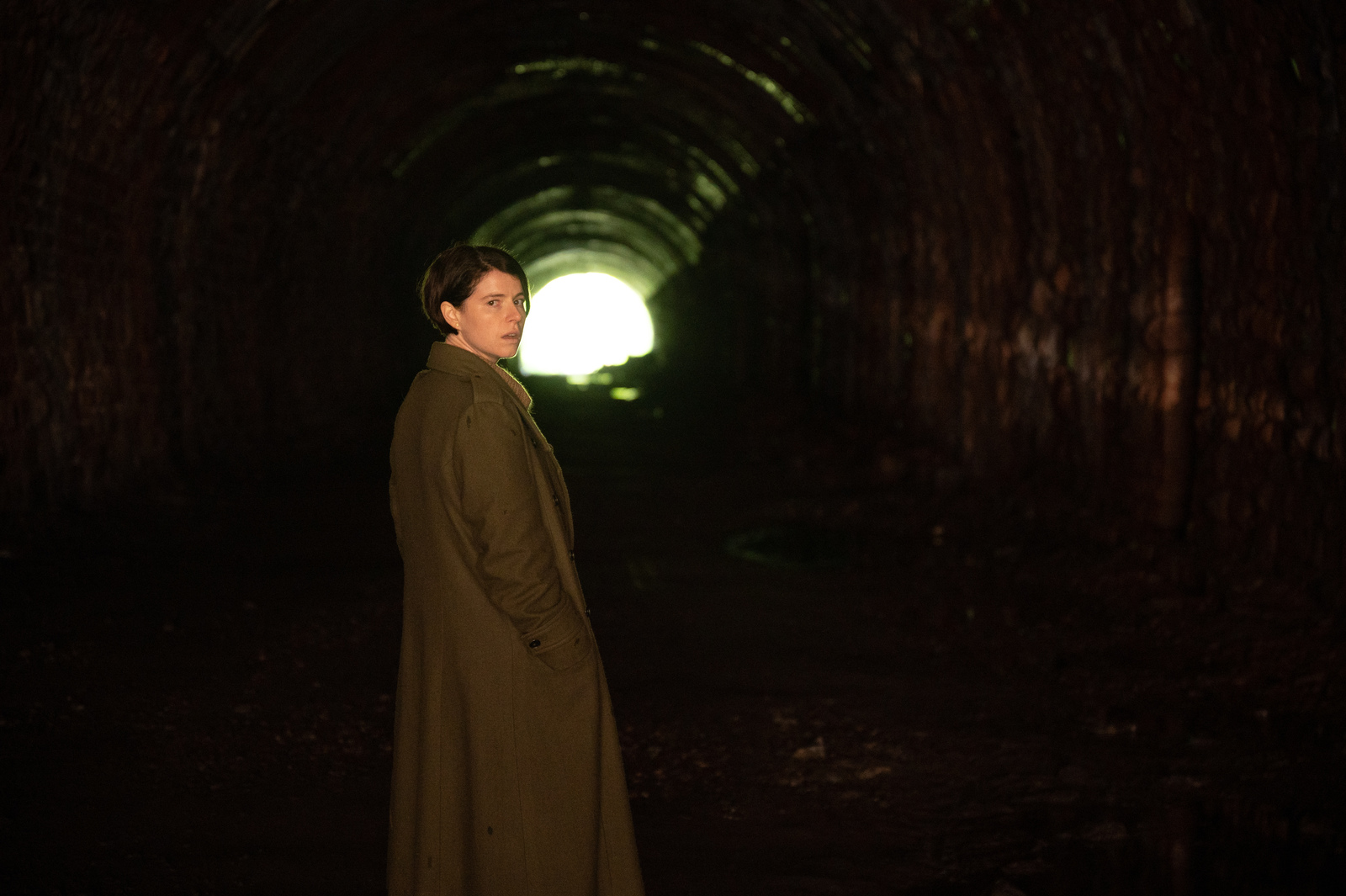 ‘MEN’ Review: Are We All That Bad?

Movie Reviews on May 12, 2022 0Likes At The Movies
ShareTwitterFacebookInstagram

Before getting into this review, it should be said that I am an Alex Garland fan. I watched both “Ex Machina” and “Annihilation” for the first time in the early days of COVID, and I consider the former a modern masterpiece that haunted me for weeks after viewing and enjoyed the latter; albeit a little bit less than Garland’s first film. And unlike another filmmaker who just released his third film, Robert Eggers, Garland has not made the jump to a film of the same scale as “The Northman,” but “Men,” his third feature film, is the weakest of his trio by a wide margin. One can appreciate how well Garland makes a film—”Men” is stunning to look at—but also say that “Men” is a bit of a mess. Even despite Jesse Buckley’s strong outing, something she is accustomed to giving, “Men” doesn’t take advantage of the intrigue and suspense that is set up in the beginning.

Harper Marlowe (Jesse Buckley) is on the heels of a falling out (pun intended) with her husband, James (Paapa Essiedu). The tragic event left Harper scarred, resulting in a much-needed mental reset. She rents a house in the English countryside from a man named Geoffrey (Rory Kinnear), whose biggest red flag is saying “You don’t need to lock the doors around here.” Whilst on her emotional reset, Harper begins experiencing some odd occurrences including a nude stalker, a kid donning a Marilyn Monroe-like mask, and a priest.

Garland takes big swings, and sometimes they result in the brilliant third act of “Ex Machina.” Other times, you get whatever the third act of “Men” is. Now, it does start off promising. The film builds to a crescendo that after an hour and some change of a slow burn, was a much-needed change of pace and had my ears perking up. And while about 10-15 minutes of this sequence are like the motion sensor scene in 2018’s “Halloween” on steroids (this is a compliment), what follows it is some of the weirdest cinema I have ever encountered. No spoilers here, but it’s something that has to be seen for its peculiarity to be understood. And while the ambition of this scene can be applauded, it muddles the motif of the film (more on this below).

Despite big swings, one of the most sure-fire parts of the film is Jesse Buckley. Garland selected a fantastic star that can make chicken salad out of chicken crap (not that “Men” is complete chicken crap). After all, Buckley is what made “The Lost Daughter” engaging to watch, bringing to life a younger version of Olivia Colman’s character that was far more interesting than her older counterpart. Buckley shines in “Men” as the grieving widow, especially in the flashbacks that are sprinkled throughout. She has emotional range to the umpteenth degree and it’s scarier to think about what this film would be without her than the film itself is.

But just because Buckley’s performance is great doesn’t mean that her character is flawless. Look, it makes complete sense as to why Harper would want to take a mental break and go on a self-care trip. But how many weird occurrences are enough? First, she’s stalked from the forest to the house and nearly has him invade the house. She also has a strange conversation with a priest that accuses her of pushing her husband to the limit and sees figures in the yard. How is none of that enough proof that she should leave? She can’t even make a FaceTime call without the screen buffering and displaying weird, Illuminati-like images. Despite all of this, she insists “I didn’t come here to be afraid.” Yes, you are right. However, a nude stalker with cuts like Victor Zsasz should generally be enough to give you second thoughts about your sojourn, but maybe that’s just me. It’s no secret that horror movie characters are usually not the sharpest tools in the shed, but at least the horny teenagers attempt to run away when Jason Voorhees is chasing them.

The score by Ben Salisbury and Geoff Barrow is the best part of the film outside of Buckley. There are quite a few scenes, especially early in the film, that features no music to push the viewer’s emotions in a certain direction. But then there are other scenes featuring music that infuses things on-screen. Take the scene where Harper takes a walk through the forest for the first time. She encounters a long tunnel a la “Spirited Away” and begins making a song out of her vocalizations. It results in an angelic, almost hymn-like song that’s both beautiful and haunting. It certainly doesn’t help that she later enters an eery church where the score is also sprinkled in. But a later scene in the film features a complete juxtaposition of the angelic track with one filled with demonic chants.

While I’m sure that someone far smarter than me can make more meaning out of Garland’s motif in “Men,” or at least claim to understand it, the message felt conflicted to this specific viewer. What is it about men that Garland is actually getting at? Is it that not all men are as bad as James (or any of the other men in the film for that matter)? Or is the film trying to say the complete opposite? The third act only added to the confusion, and again, I won’t spoil what exactly happens but I know I can’t be the only one.

It’s unfortunate that Garland was unable to close out his first trio of films and go three-for-three unlike Robert Eggers did with the recently-released “The Northman” (here’s hoping for Ari Aster and his third film) because of how talented of a filmmaker he is. Even if I didn’t like “Men,” I can appreciate the atmosphere and the blocking of the film—it’s all top-notch—and all of the actors give it their all. But the message was just muddled and while the third act begins to pick things up and get you excited, the film takes such a weird turn that received audible gasps during my screening. Can’t win ’em all, I suppose.

BIRDS OF PREY (AND THE FANTABULOUS EMANCIPATION OF ONE HARLEY QUINN)