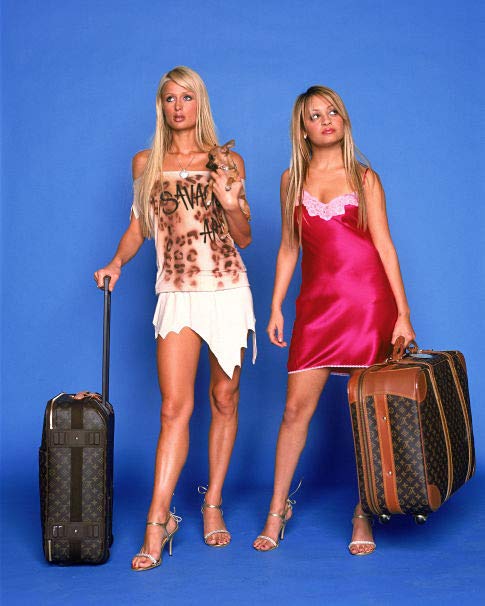 Extras, Fun Facts on July 16, 2018 0Likes At The Movies
ShareTwitterFacebookInstagram

It’s no surprise that so-called “reality TV” strays far away from reality itself. Even a show with a title like MTV’s “The Real World” is a lot less than realistic when you think about it. The shift in reality television has boomed since the 2000s, and the narrative soon turned to meticulously planned, highly produced, non-impromptu moments playing out on screen with all its participants playing distinctive roles and falling into specific tropes – and you can blame Paris Hilton for that.

Reality television programming has evolved from its totally-true documentary-style origins in 1971’s “An American Family” from PBS that followed an ordinary family of seven during their daily routines. The show’s finale attracted over ten million viewers and brought to life a very Orwellian principle that went on to influence shows like “Big Brother” which watched regular people at all hours of the day.

The noughties saw the rise of reality competitions like the wild “Survivor,” the high speed “Amazing Race,” and “American Idol.” The popularity of this genre of programming led to the emergence of new celebrities stemming from their respective reality shows. Winner of season one of “Survivor,” Richard Hatch, appeared on countless popular game shows like “Weakest Link,” “Who Wants to Be a Millionaire,” “Dog Eat Dog,” “Celebrity Apprentice” as well as led him to writing a book and appearing in “Another Gay Movie.”

Similarly, reality tv saw the launching of stars like Kelly Clarkson who won season one of “American Idol,” Tiffany ‘New York’ Pollard found internet stardom through GIFs of her outlandish appearances on “Flavor of Love,” Adrienne Curry scored her own show after winning “America’s Next Top Model” and countless others. Reality stars became important facets of pop culture, it was almost formulaic. The platform was ripe for forming new celebrities, or further catapulting the careers of already-made ones.

So when Paris Hilton and Nicole Richie’s joint attempt at reality television premiered in 2003, it was clear their stardom was only beginning. Hilton came from the $9.1 billion hotel empire and Richie is the adopted daughter of singer Lionel Richie. In the first season, the two wealthy friends lived in Arkansas for a month and worked minimum wage jobs without access to their credit cards or cellphones. They wreaked havoc at a dairy farm as well as a fast food restaurant, ultimately getting fired from every job they held due to their own laziness and incompetence. The show drew great ratings and 13.3 million viewers tuned in to watch.

Hilton and Richie became even bigger stars and tabloid spectacles than they already were. The world began to associate the girls with the ditzy, scantily-clad blondes they saw on screen, when in reality the girls were quite the opposite.

Contrary to popular belief, the girls weren’t acting as themselves on screen, but rather, playing out exaggerated, stereotypes of who the media believed them to be. In 2006, Hilton admitted that the show was mostly scripted, and that she based her role on Reese Witherspoon in “Legally Blonde” and Alicia Silverstone in “Clueless.”

“The great thing about ‘The Simple Life’ is that it’s a reality show but not based on my reality. It has nothing to do with my life or my home or my relationships or anything,” Richie confirmed.

By playing polarizing, love-them-or-hate-them stupid girls on screen, the duo got the public talking. Through an easily digestible stereotype, they sold their images and banked out on the unintelligent tropes we see on screen. This method of genius marketing reduced their complex identities to the typecasts we know and love. The blonde with the baby voice and chihuahua in her purse became the billion-dollar woman behind a perfume empire.

It’s much easier to place a high-pitched, promiscuous, irresponsible, spoiled brat in the media than it is to find a home for a multi-dimensional, profound character with numerous facets to their personalities. Hilton could be copied and pasted into movies or Hallmark cards and the general public would get the joke instantaneously, whereas it’s much harder to fathom or understand the scope and depth of South African anti-apartheid theologian and civil rights activist Desmond Mpilo Tutu.

While the show penned them as brain-dead, spoiled brats, the two became multi-million dollar attractions on their own. Paris Hilton went on to be worth an estimated $300 million – aside from the Hilton Hotel enterprise – and her perfumes alone have grossed over $2.5 billion. Richie’s current estimated net worth is between $5-10 million.

By squealing “That’s hot!” on TV for four years, the two became infamous figures in the key development of constructing reality television far attached from reality itself. Nowadays, the casting process for these shows means finding easy targets and stretching their personalities to bombastic, over-the-top stereotypes meant to fit the producer’s narrative.

Across the board, reality television producers and directors strategically pin contestants against each other, painting them as black or white, pretty or ugly. In season four of four-time Emmy winning show “RuPaul’s Drag Race,” spooky goth drag queen Sharon Needes was pitted against the pretty pageant girl with a bad temper, Phi Phi O’Hara.

Throughout the season, the two squabbled and spat wherever they were and of course, they both made it to the top three of the competition. Weaving together a narrative of good versus evil made the show enthralling to its viewers. The finale of the show was the highest rated in the show’s history, seeing a 33% rise in viewership since its former season, and overall the season grew the show’s Twitter followers by 77%.

Without the influence of Hilton and Richie respectively on “The Simple Life,” reality television would be constructed a lot differently. “The Hills” with Heidi Montag and Lauren Conrad wouldn’t exist, neither would the manufactured, drunken stupor of “Jersey Shore” or even the success of starlets like Kim Kardashian of “Keeping Up with the Kardashians” fame. Hollywood needs to pay its dues to Paris Hilton and Nicole Richie, as they ushered in a new era of unreal reality television programming.