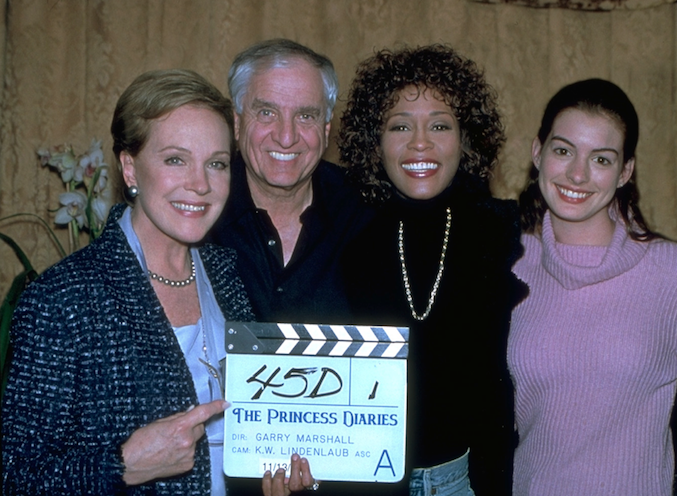 Fun Facts on July 18, 2018 0Likes At The Movies
ShareTwitterFacebookInstagram

Unbeknownst to many, famed R&B singer and actress Whitney Houston had a lot to do with some of the production of Disney’s finest live action original movies.

In 1997 Houston played Fairy Godmother to Brandy in the Emmy winning TV musical “Rodger & Hammerstein’s Cinderella,” a joint collaboration between Walt Disney Television and Houston’s own company BrownHouse. Houston signed on to the film in the nineties and recommended singer Brandy for the role of Cinderella. Houston expressed to her, “I’m already 33 years old, I want you to play Cinderella [as] someone with a lot more energy than me.” Brandy agreed only if Houston were to play a role because she idolized her from a young age.

Houston was insistent that Brandy be the lead, because she believed the role was perfect for a woman of color in modern age. Whitney went on to sing five songs in the film, two a duet with Brandy, 18 years old at the time.

But what you didn’t know is about her role in “The Cheetah Girls” series with Raven-Symoné and “The Princess Diaries” with Anne Hathaway and Julie Andrews.

“The Cheetah Girls” was a Disney Channel original movie that premiered in 2003 and chronicled the formation of four friends into popstar girl group. The film was Disney’s most watched original television film and helped launch the careers of Symoné (“That’s so Raven”) and Adrienne Bailon (“The Real”). Its soundtrack went double platinum and spawned two sequel movies.

Netflix also tweeted earlier this week of Houston’s role in “The Princess Diaries” after it recently acquired its rights for streaming on its platform.

“You know what, every little girl is going to love trying to be a princess,” Houston said on set getting lunch with Hathaway, the film’s leading lady.

Watch a clip of Houston singing to “Princess Diaries” director Garry Marshall (“Happy Days,” “Pretty Woman”) on set of the movie below.