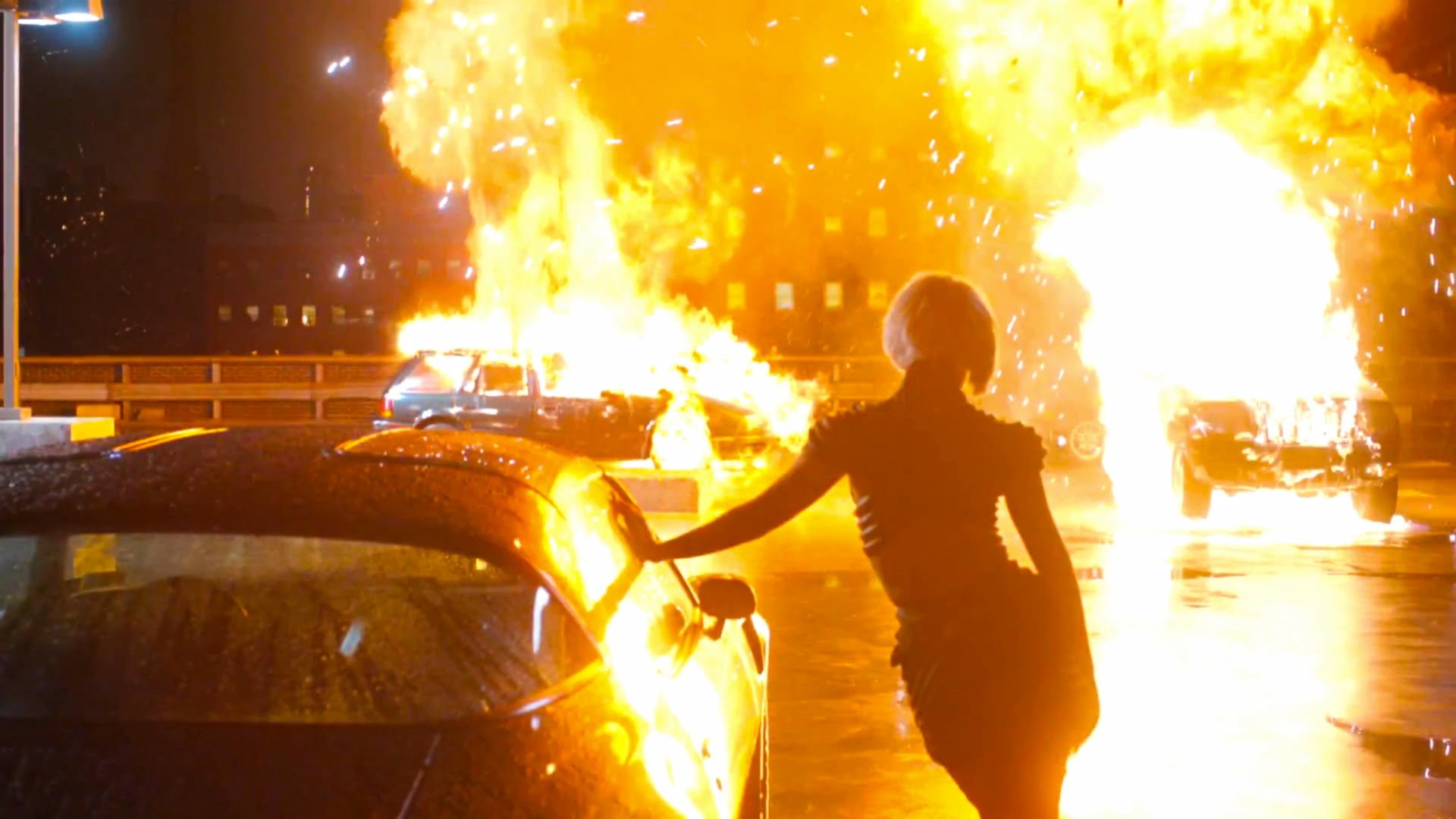 Extras, Fun Facts on July 19, 2018 0Likes At The Movies
ShareTwitterFacebookInstagram

While music videos typically are released to garner attention and radio play for a singer’s newest single, they can also be a platform for cinematic, movie theater experiences. Occasionally, some singers and artists go above and beyond when shooting their music videos to craft theatrical experiences for public consumption. These are singers who used their music videos as an art piece or piece of cinema for the viewer to enjoy whether on their laptop or on the big screen.

This one is a given. Arguably the most famous music video of all time, this 14-minute masterpiece blends cheesy 80s horror movie tropes with the biggest pop star of the time. The video was so successful that it was the first and only music video ever to be preserved by the Library of Congress in their National Film Registry in 2009 due to it being “culturally, historically, or aesthetically” significant. “Thriller” enlists “An American Werewolf in London” makeup artist Rick Baker and director John Landis, as well as a spoken word monologue from horror film legend Vincent Price and model Ola Ray playing Jackson’s girlfriend.

“Marry the Night” by Lady Gaga

While it may seem controversial to list Lady Gaga directly under Michael Jackson, Gaga has proven herself to be a maven for the short film music video. Through elaborate set designs and high fashion ensembles, she proves she is much more than an ordinary pop star mouthing the words on screen in typical music video fashion. Lady Gaga goes above and beyond to make her videos visual-rich visions of glamour and real-life struggles. Through “Marry the Night,” Lady Gaga takes us into her past which is ridden with rape, bulimia, and musical failures. We watch as she is dropped from her record label and spirals into oblivion, only to rebuild herself and paint on a smile to keep fighting to make her dreams a reality. Gaga’s honesty and openness when it comes to her harrowing past and mental health is not only applaudable, but also is delivered on screen in beautifully painful detail. Despite being known for her larger than life antics and flamboyant fashion throughout the years, Gaga is a force to be reckoned with when it comes to commitment to her art and her fans.

“All is Full of Love” by Björk

Icelandic sweetheart Björk silenced the world with her breathtaking music video for 1999’s “All is Full of Love” from her third studio album. The video, directed by Chris Cunningham, sees two robots being created by machines and then copulating softly as Björk’s voice whisper sings. Following her 2015 retrospective at the Museum of Modern Art in New York City, the music video and its real robots were added to the museum’s permanent collection. Not only was the video groundbreaking at the time for its advanced use of computer animation, it also serves as an example of when a music video transcends into art.

Sri Lankan singer and rapper M.I.A. is known for taking a stand, so it should come as no surprise when she released her music video for her song “Borders” in 2016 which takes a shocking look at refugee crisis. In the video, shot in India, M.I.A. stands in crowds of refugees and sings lines like “Borders, what’s up with that? Your privilege, what’s up with that?” The song and its accompanying video are harsh criticisms of 2015’s European migrant crisis which saw refugees forced out of their homes with nowhere to go. All the hundreds of men in the video are actual refugees who live in tents since their displacement post-immigration. “Borders” humanizes the immigrants so often covered in the media, and by M.I.A. directing hordes of them hanging onto a huge fence at the border, it’s a chilling image of reality for many immigrants who are forcefully relocated yet barred from equal opportunities. Towards the end of the video, M.I.A. wears a t-shirt riffing on popular football club Fly Emirates with the words “Fly Pirates,” giving a pro-immigration stance.

As part of Beyoncé’s first visual album release, “Haunted” sees the legend walking down the hallways of an eerie hotel filled with sadism, horror, sex, sin and the occult. The singer, dressed in menswear with a short curled, 1920s haircut, indulges in the debauchery herself and dances in one room scantily clad and surrounded by dancers. Artistic videos like these prove her genius and provide stunning backdrops for her talented vocals.

Here’s a video that’s so cinematic that it actually premiered in movie theaters. This ten-minute short sees Lana del Rey roam the desert like a nomad with cutoff denim shorts on the back of a motorcycle. Del Rey begins as a prostitute, romantically linking up with various brawny bikers during her hitchhiking adventure but soon runs away from home to live her life on the open road. She lives in motels, sings in bars and sells herself on street corners until one night a love affair turns sour turns Del Rey into a killer. She declares at the end, “I am crazy, but I am free.”