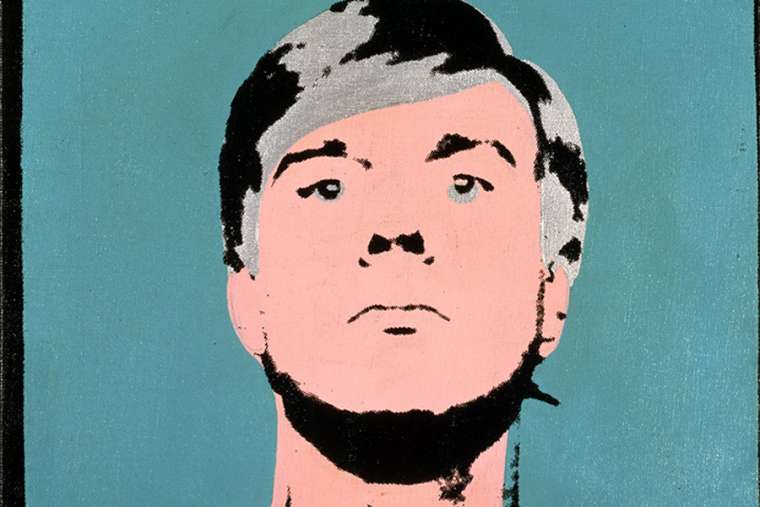 The Good, The Bad & The Ugly of Andy Warhol’s Filmography

Extras, Movie Reviews on July 20, 2018 0Likes At The Movies
ShareTwitterFacebookInstagram

While some may be quick to criticize Warhol’s films and call them “boring” or “dull,” it must be considered the time period of their creation. Film and television in the sixties wasn’t like the uproarious, explicit media we are so accustomed to consuming. Neither profanity nor nudity were common practice, so for Warhol’s bold films to exist in such a tame time was revolutionary. For Warhol to show half of the subject matters he did was groundbreaking for cinema, regardless of how underground his projects were.1964’s “Blowjob” showed a tight shot of a man’s face while he received oral sex while 1969’s “Blue” was the first sexually explicit, pornographic film in the U.S. to receive a wide theatrical release. The latter went on to inspire Bernardo Bertolucci’s Marlon Brandon-starring “Last Tango in Paris” and Gerard Damiano’s “Deep Throat” with Linda Lovelace.

Warhol’s films are an acquired taste, and some are concretely hit or miss. His filmography is littered with improvised movies of his friends standing around and rambling about nothing, never really pushing the plot into any action and never really serving any purpose. But it is to be remembered that Warhol was a pioneer in not only the art world, but also within the independent film industry. His experimental films broke ground by flirting with societal taboos like homosexuality, drugs, and sex which wasn’t being discussed in the mainstream media.

“Don’t you know there’s something more beautiful than that thing between your legs? Have you heard of women’s liberation?” This satirical examination of women’s liberation three years after radical feminist and author Valerie Solanas attempted to murder Andy Warhol by shooting him in the chest. Solanas is known for her novel, SCUM Manifesto which proposed that women should form a society for cutting up men. “Women in Revolt” plays on the idea of extremist feminism and misandry and stars three trans actresses, Candy Darling, Jackie Curtis and Holly Woodlawn that form their own political group, PIG – politically involved girls. These three women received an X-rating for its depiction of sex and assault, but easily stands out amongst Warhol’s filmography for its hilariously ironic plot.

Warhol succeeded in his job of making a film “about evil women and incompetent men” with his last film, 1977’s “Bad.” This X-rated, low budget, slightly tacky soap opera film revolves around a grandmother who uses her beauty salon business as a covert murder-for-hire home, well-equipped with sadistic hitwomen troublemakers who do nothing but cause a stir in the New York City streets. While Warhol may have been a key member of the Pop Art movement, his films are much less abstract than you’d imagine coming from the man who made millions off simple soup can paintings. Warhol’s obsession with commercialism and consumerism pokes its way through “Bad,” and not a scene goes by without some sort of American branding hidden in the frame, whether it be Wonder Bread or Coca-Cola. Throughout the hour and 45 minutes of debauchery on screen, we witness car crashes, toilet-clogging, dog stabbings, and even a baby thrown out of a window in brutal detail, splashing blood onto the face of a passerby civilian. While this campy, borderline pointless film may not be the most polished, the vandalism it depicts does make for a semi-entertaining pastime. Warhol’s style may not be for everyone, but within even the most absurd of technique comes some sort of statement and in this case, some sort of warning of the dangers of greed and vanity.

The Velvet Underground and Nico: A Symphony of Sound (1966)

Here we see the famed 60s band The Velvet Underground, led by singer Lou Red, rehearsing and performing for an hour. Consisting entirely of instrumental music with no sung word, this film acts as a pseudo-documentary and encapsulates the genius of the band during their heyday. It makes for perfect background music to rock along to and provides a perfect portrait of one of the greatest bands in history.

Just as the title suggests, this piece of avant garde cinema is a compilation of various couples kissing for about an hour. Tender and romantic, yes, but a worthwhile film to watch in the theaters, maybe not. This is the beginning of Warhol’s dabbling in film and in the same vein as “Sleep,” “Eat,” and “Blow Job,” each consisting of a long-running take of their title’s action, focusing rather on the emotional and physical response to the task being executed. The couples on screen vary from straight relationships to gay ones – woman on woman, man on man – and it does make for a progressive piece of cinema for its period. “This is my favorite theme in movie making – just watching something happening for two hours or so. Hollywood movies are uncaring. We’re pop people,” the famed artist once told the press about his method.

On the more experimental side of Warhol’s filmography is “Sleep,” a five-hour “anti-film” of Warhol’s then-lover John Giorno doing just that: sleeping. While unrealistic for the average viewer to indulge in five hours of cinema in any subject matter, the ambition of this film is what matters. Warhol not only watched Giorno sleep for five hours but stayed awake to record the entire thing without the slightest hint of boredom. This is the pinnacle of avant-garde cinema, despite how simple or dull it appears to be, it is extremely influential for a film of its time. Nowadays with live-streamed television shows like “Big Brother” quite literally showing houseguests sleeping and airs it on national television, it doesn’t seem like Warhol’s vision was too far off. “Sleep” was also the first film Warhol had ever shot.

2/5: A lack of action on screen may leave you feeling kinda blue.

Warhol found his first commercial success in this split-screen style movie. Running as a three-hour film with two different events unfolding at the same time side-by-side on screen, the unique format is meant to contrast the good and evil depicted on screen. Instead, the doubled video and audio tracks only make for a haphazard, confusing experience with no plot structure to follow. A film like this would be perfectly displayed at an art museum like the Museum of Modern Art in New York City (and it was last year), but for a typical theatrical release it makes no sense. While a lot is unfolding for the viewing audience to watch, not much progress or any conclusions are reached, and you will only leave the theater with a headache and confusion.

2/5: These girls provide a splitting performance.

Humorous with its trashy moments, this film follows the mundane life of a male hustler looking to save up enough money to fund his girlfriend’s abortion. There’s not too much happening on screen, but again, that’s Warhol’s style, and its sexual content made it revolutionary for its era. Much like Warhol’s 1970 film “Trash” and 1972’s “Heat,” it’s a whole lot of nothing coupled with tons of nudity and drug use that contributes virtually nothing to its appeal or intrigue. And while the budget and shooting is very commercial and has potential for theater release, the films run too long without any major plot to hold on to.

Released as a response to popular Scandinavian movie “I, a Woman” from two years prior, the film centers around a man and his sex life. When famed critic Roger Ebert wrote of the film, “[It’s] not dirty, or even funny, or even anything but a very long and pointless home movie,” he was right. It seems as if Warhol’s signature technique of ad-libbed dialogue and nudity without reason didn’t score so high with this release.

Opening the film with an explicit sex scene sure is one way to grip your audience. Unfortunately, the rest of the film falls flat and fails to prove any purpose or have any concrete plot.

A dull black-and-white rendition of Anthony Burgess’ classic A Clockwork Orange comes up short and delivers a bad excuse for the experimental film genre.  There is absolutely nothing remarkable or visually appealing about this horribly acted, lazy attempt at abstract cinema. “Vinyl” plays out like bad high school theater, set on a ten-foot stage too small to hold all seven of its actors. The film itself was recorded spontaneously one day in Warhol’s famed Factory and such spontaneity is evident in its unrehearsed, amateurish quality that is cheap cinema at its worst. Borrowing heavy influence from the gay S&M scene, the weight-lifting, leather-clad, bleached-blonde, cigarette-smoking leading man has as much stage presence as a can of soup. You’d be better off watching Stanley Kubrick’s adaptation of the novel, at least there is tons of visual stimuli, albeit shocking and controversial, to keep you interested.