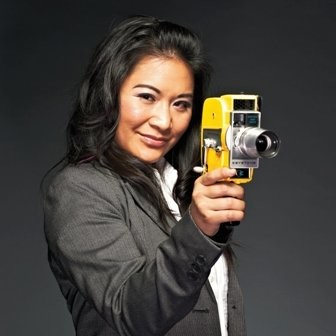 Spotlight on July 17, 2018 0Likes At The Movies
ShareTwitterFacebookInstagram

Christine Chen is the CEO of Moth to Flame Film Productions in Austin, Texas. She works with a team of wonderful employees that are there to fulfill a better vision of films. The atmosphere in Texas is different compared to other states with a film community. While Texas is popular for their increasing hot temperature, Chen tells us about the weather, “It feels really great and hot.” This exceedingly hot weather does not stop the consistency of films being produced. Chen says, “We are filming commercials. My vision is to make films full time eventually. We split our films between work. We have done a lot of online content. We did a content video for Nike. Also, we did the Superbowl Doritos commercial that received worldwide attention. We won a commercial contest.”

Chen gives a synopsis of her current films that are geared up for production. “I did not write the first one. I am co-directing the first with Camille who wrote the film. It is a coming of age film about a boy discovering his sexuality. He tries processing and discovers there is whole another world where he belongs. Obliviously his family does not believe in this.” Chen’s first film talks about issues that are now surfacing in America. The discussion about sexuality and how an individual’s sexuality fits into society

will continue with this film. Camille and Chen will express their ideas and creativeness to the film’s uniqueness.

Additionally, Chen talks about her company’s second film. This second film, Not Your Ordinary Hero also looks at issues, but in comedy. “It is a dark comedy. It is based off the comedy series Archer.” Moth to Flame’s new productions is set to start a conversation about different ventures in comedy. On the other hand, Chen takes us through the true atmosphere about the film scenery in Austin. “Film is everywhere in Texas. Especially, in independent films. There is always something being shot. In 2015, there was a lot of television shooting in Austin. You have the Leftovers and Fosters. We need tax incentives. There are tax incentives in Texas, but there needs to be more.”

Moth to Flame is currently shooting two short films. Each film exposes a different side to the Austin film scene. The films are set to occur in Louisiana. Both productions will make known the serious need for more creativity to Austin. They are soon to reach film festivals after production.

What Are Motion Graphics?