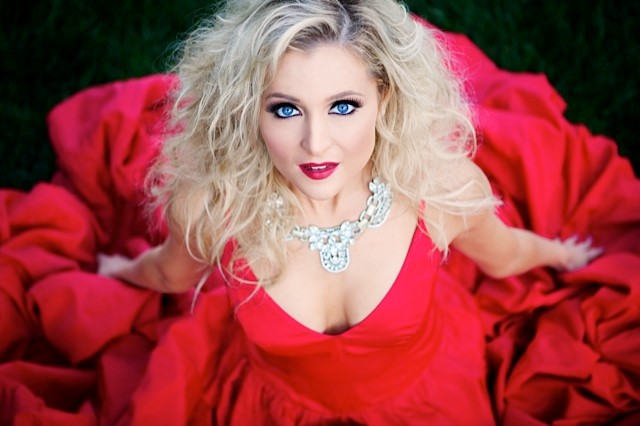 Spotlight on August 23, 2018 0Likes At The Movies
ShareTwitterFacebookInstagram

Women are shown as strong and competitive against each other. Dancing is their passion and to be a Devil Girl is at stake for everyone on this show. BET’s Hit the Floor is currently in their fourth season and continues to intrigue fans. Katherine Bailess plays Kyle Hart who is ambitious but also shows her sensitive side.

ATM: Tell us how you embodied your character on this season of Hit the Floor.

KB: I first said, “Stripper turned dancer. I had never been a stripper before.” I questioned how to play this role. I went to some strip clubs and did research. They were not worried about this. The production team knew my character was going to turn into a Devil Girl. I was a dancer while growing up. I was in New York City. I am a trained ballerina and dancer. I knew how to dance but not how they wanted me to dance. Obliviously my character is a little floozy. I googled a lot of things. I did not use my accent to audition for Kyle. They did not ask for it. They found out my accent because the character was so sassy. The team asked where I was from. I told them Mississippi was my hometown. They told me to bring it back with the accent. People laughed while I did my scene. I stopped everyone and said, “You all need to stop laughing because I need to get through my scene.” They made my character southern. This brings out a different side to Kyle. Everyone forgives Kyle for being so slutty. She is sassy and out for herself. This is how the character was created. Kyle brings the funny to the show. Every show needs the funny and not all the seriousness.

ATM: Express the strengths and weaknesses of your character.

KB: My character gives what she wants. She will do anything to get it. The weakness is that she was not giving everything. This makes her have to work hard for it. She struggles in every episode to get to the next level. Kyle gets to the next level. However, it is not where she wants to be. Who knows what the creators are going to do with Kyle. There is a certain someone that comes on the show soon. Bo, the guy that Kyle loves. She sent him away and slapped and kissed him. He comes back in episode six.

ATM: Explain your experience on set.

KB: My world is crazy. I am the lead character and a dancer on the show. I do all my own tricks and moves. I sometimes have to dance all day. I go practice dancing for 3-4 hours. I go to set to take a shower, hair, and then makeup. I have maybe 3-4 scenes. People say, “You are so lucky to have shots.” I say, “Um, no champagne problems are what I call it.” I love it and very happy to have a job. However, it is very tough. Sometimes dance rehearsal is for 10 hours. The actresses learn from the dancers, so they can work out all the kinks. We have worked out our kinks, so we cannot get confused. You learn something and then the choreographer changes it. The move is in your body, but the old move has already changed. They try not to do this to us. They give us a four hour window on the dance days to perform the dances. We do them over, over, over, and over again. I grew up doing Broadway and theatre, so you only have one shot. You have a little bit of stretch room for movies and T.V. If you mess up, then they say no big deal. We will not use this tape. This is less stressful than live theatre.

ATM: Describe what being an actress means to you.

KB: I got into acting because of my dancing. Dancing is acting without words. Acting is about making people feel good and making them laugh. If I can put a smile on someone’s face, then my job has been done. If I have made someone feel a certain way, then my job was done. It is not selfish it is about giving to the audience and the viewers. There is no completeness without doing what I love. I will be an actress forever. I will be still 80 years ago doing movies.

ATM: What were you preconceive notions about his season?

KB: We were on a two year hiatus. Most people did not come back. I did not know how they were going to do it. They did it so smoothly and effortlessly. It took the fans a moment to forgive them. New relationships were formed. This year there are new staff members and actors. The new characters helped bring life to my character. In the recent episodes, I am bossing this rookie basketball player around. Kyle tries to get what she wants but also cares. Kyle is trying to get more money. You all see these sensitive sides to my character with a guy and she is not trying to get down his pants. She is clearly doing it out the goodness of her heart.

ATM: How did you personally and acting wise build on screen and off-screen relationships with the newcomers to this season?

KB: We got to meet the new cast members at the table read. This is just regular greetings. It takes a little time. I had never met Teyana before the table read. We were thrown in this scene together. I am glad we were not friends before this first scene. There were no mistakes with acting. It was true. It was like, “Hey, I am Kyle. You are in London. I want you on the squad.” It was so real. I had never acted with her before. We did not know how each other would respond. This was the same for the character Jamie. We never hung out and next thing she is introducing herself as a Devil Girl. When you work with people for so long you see their mistakes. This is the best kind of acting. You have to be on your toes and ready for the punch.

ATM: How are males represented on this show?

KB: Besides their abs?

ATM: Yes, besides their abs.

KB: The men are strong and different. There are no weak men on the show. Everybody is strong. The creator James likes to give us some flavor. They all have sensitive sides. All women want to see a man’s sensitive sides. No one wants to see a man that is hard all the time. This is what you call a villain. There are no villains on our show that you cannot stand. You grow and love all these characters. James gives us this variety.

ATM: Explain the scene where there was a fire over Derek’s house.

KB: We shot scenes all out of whack. We shoot scenes all day and night. My character was yelling at the Devil Girls for doing body shots. This scene was hilarious. They could not light the fire with us there. They lit the fire later. We had to pretend that there was a fire in our face. I am surprised no one got hurt because we were running out so fast. The extras, dancers, and actresses had so much fun that night. They CGI-ed a bunch of stuff. It was a fun day. This does not happen a lot on set.

ATM: How has your character on this show changed you as a person?

KB: You are so sweet. I get to use my comedy skills. They give me drama scenes as well. I am not stuck doing one thing in each episode. I did drama in the prior episodes on this season. People were surprised I could do drama. You cannot be one note. You have to be ready for anything. They give me everything I could ever ask for. I learned to not care about what people think. This show helps me come out of my shell. I never thought in a million years that an ex stripper would be my portrayal. Also, captain of the Devil Girls and dancing my booty off. We love seeing this on camera. We know what all got put into this. If we made it look effortless, then we did our jobs. I have times crying sweat and tears. I get tired and feel like I cannot do this. It has given me hope that I can do anything. Not a lot of shows let you be funny and dance. This is my dream job. I have always wanted this job. Thank you, BET.

Bailess will continue to impress and inspire us all through her acting. She has a new film coming out on LMN Network called Deadly Matrimony. This film is a contrast to her character on Hit the Floor.