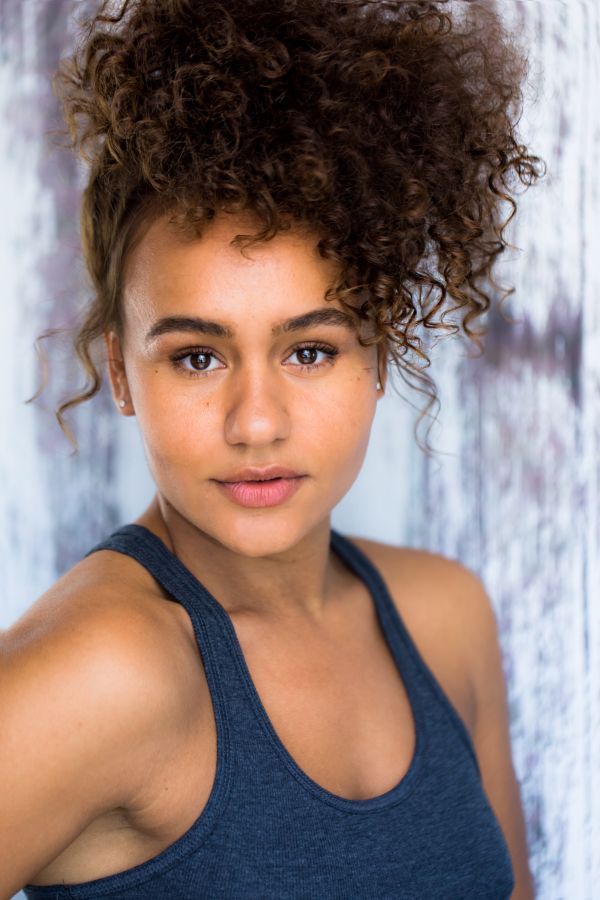 Briana McLean On The Struggles of Acting

Entertainment News on September 6, 2018 0Likes At The Movies
ShareTwitterFacebookInstagram

People might not understand the behind scenes of what it takes to become a break out star in Hollywood. There is a lot of money and time that goes deep into the work. Briana McLean, an actress in the recent film Searching talks about the true values and efforts it took to become an actress.

ATM: How was the premiere for the movie?

BM: It was really great and definitely bigger than I expected. The invite for the screening downplayed the size of the event. The turn out was amazing.

ATM: Has this film given you a reality of how it would feel losing a child?

BM: I’m not a parent yet but the film does a great job of taking you there and what it means to be a parent in our world today. Our hearts are so tied to our devices and social interactions. Searching does a great job exploring these connections. I found myself still emotional while watching even knowing what to expect.

ATM: Does acting in the industry now change your way of looking at films?

BM: This is a really good question. I’ve always been compelled about what motivates and shapes people. I always question my reactions in my personal relationships, friendships, and family. I ask myself, “Why did I do this?” or “Why am I reacting like this?” Acting helps me so much in my own self reflection. One of my professor’s at USC would always refer to actors as “Athletes of the heart” and that has forever stuck with me. You have to be so in tuned, committed to exercising your heart, and empathy for the world in order to be a strong actor. An actor who betters themselves for the world is always going to be a better storyteller. Seeing how well Searching is doing is a crazy feeling. I’ve never been able to able to share a story I was telling with so many people at once! It feels insane. People all around the world are getting to experience this story.

ATM: How are your friends and family like this for you?

BM: It’s funny. I am not really good at telling people things. A lot of people found out about the after seeing the trailer online or on T.V. They’d text me and say, “Oh my god! YOU’RE IN A MOVIE?!” I’ve just never been good at sharing stuff. I never want to seem boastful. I like for people to find out on their own. They know where my heart is in this work. It’s never about telling people who I’ve met or who I was around. That was never what brought me to acting.

ATM: Did you attend an acting conservatory or school?

BM: I attended an arts middle and high school called Denver School of the Arts! After that, I got my BFA in acting at the University of Southern California. Once I graduated I moved to Chicago and taught Early Childhood Education.

BM: I needed to figure out what I wanted to say. Most actors don’t come to the work with diverse experiences or the life outside of acting. I think a life outside of that world makes for better storytelling. When I graduated from USC, there were even fewer opportunities for people of color in film and television. This was in 2010. The storytelling was much, much different even 8 years ago. It’s a really special time to be acting.

I also wanted to know a life outside of acting. It makes you think about what life would be if you weren’t acting. Once I stepped out of the classroom and moved back to LA, I was trying to get a position advocating for teachers. I didn’t find anything that felt right. I was running lines with a friend who encouraged me to get back into acting. Shortly after I jumped back into it, my first agent came to the first play I did in LA. She had heard good things about the play and I had no idea she was an agent when I met her after the show. She loved my work onstage and reached out a few weeks after. It is really special to find someone who believed in me so much. I was so green and it’s definitely an opportunity a lot of people don’t get.

ATM: It is interesting that when you are in the midst of something you are not aware of what is happening. Other people can see it, but you cannot. Life pieces everything together like a puzzle. However, you feel like nothing is going right. You look back and see how everything was connected. Life becomes a jigsaw puzzle once you figure everything out.

BM: That’s so true. You figure out this happened because of this. But it’s definitely easy to say to people, “No, no. You’re wrong. This is NOT going to happen.”

ATM: This is the hard worker’s anthem.

ATM: What ideologies did you have about acting prior to joining Hollywood?

BM: I romanticized it to some degree. I was definitely spot on when it comes to how emotionally draining it is. I’ve realized how privileged you have to be to pursue this at a high level. Privilege meaning you have a flexible job and can afford to live in a city that caters to acting. You have to pay for high-quality headshots and have a car to make it to auditions. A lot of people aren’t privileged enough to have all those things. It’s not talked about enough. I started to see everything it took. You have to pay for actor accounts and union dues. There are just so many costs. If you don’t have someone to help it’s very, very difficult to pursue it at a high level. People romanticize the struggle but I see it as another system that is structured to keep certain people from being successful.

A lot of kids at USC come from wealthy backgrounds. When I was graduating SAG and AFTRA were separate unions. At the time, you could just buy into AFTRA. Most of the people I went to school with were able to do so. So when the unions merged, almost all of them became SAG. It cost $1,100 to buy into AFTRA. I definitely didn’t have $1,100 nor did I have anyone who had that amount laying around. These kinds of things frustrate me because there’s so much talent that misses out on opportunities because they can’t afford to do this work.

If you are talented and love this work, you should be able to do it. A lot of people working aren’t necessarily working harder than others. In many cases they just have the resources and opportunity to fight for a dream they wanted. Film and TV is just another space where black and brown people are kept from reaching their full potential. This is not to take from black and brown who are killing it right now! I’m not trying to take anything away from people of color who creating beautiful work. I’m more so speaking to the fact that it takes a lot of EVERYTHING – money, access, opportunity – most of these things are still very much inaccessible to people of color.

ATM: People who are not in the industry sit back and create a commercialized fantasy of the industry. They wonder why their favorite or hit actor in a film is never seen again. A big fan can be the money. Some actors live from role to role. This similar to how people live from paycheck to paycheck. Some people just do not have the money to make their dreams come true. It is what solely hurts the most. No one will come out to say it. This is why some people in acting just go to work normal jobs. You have to let people experience the industry themselves and let them learn what is all about truthfully. People think first time actors receive a million for their first roles.

ATM: This is not reality. There are a lot of people such as Tyler Perry who worked a lot of odd jobs to make it to where he is today. It takes a lot of dedication, perseverance, and sacrifices. No one does it just for nothing. There is no one in the industry that gives half their dedication.

ATM: Some people are just supposed to be in the entertainment industry and some people just are not made to be in it. It is hard to distinguish who is which.

Ben Shelton and His Candy Jar