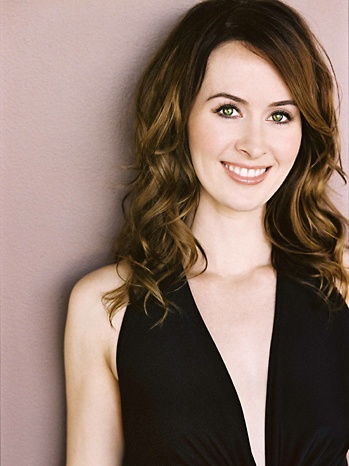 Spotlight on September 7, 2018 0Likes At The Movies
ShareTwitterFacebookInstagram

Having a great interaction with your patients is not always easy. Peppermint cast member Erin Carufel explains how she prepared for the doctor role. The film stars Jennifer Garner (Riley North) and focuses on empowering women. Carufel also expresses more about what it means to jump through different roles as a profession.

ATM: Explain the preparations behind your character.

EC: I played a neurologist in the ICU. Riley North is a patient of mine. I took it upon myself to research my character. It is all the same work whether you are in the lead or have a few scenes. I called a few hospitals in the area. USC was the first to get back to me. I told them about the role and that I wanted to shadow one of their female neurologist in the ICU. They agreed. I had to come in to take tests before the shadowing. I had to take a TB test and flu shot. They did not want me to affect any of the patients in the ICU room. I accompanied her on rounds throughout the day. It

was amazing. I got to observe her interaction with her patients. Sometimes it is a sense of care or a feeling. I did not interfere. She answered a lot of my questions.

ATM: Did you ever think about pursuing a career in medicine prior to receiving this role?

EC: No. (Laughs). I have always wanted to be an actor since being a kid. Let me tell you why.

EC: I wanted to do everything. I have an adventurous spirit. I wanted to be a pilot, lawyer, bad guy, and more. How do I live these professions in my own lifetime? Acting is the way. I realized this at a young age. I have always had a sense of curiosity about all different professions.

ATM: Let’s say a kid grows up to be a doctor because of their fascination with medicine. When they actually step into a hospital they realize this is in fact not the right profession. Sometimes when you fantasize about a career and it ends up being not like your imagination. However, in acting, you can just be done with a portrayal of a career once the movie is over.

EC: People should do want makes them happy and fulfills them. If you do not like your profession, then why not change. My husband is also an actor named Scott Connors. He thought of being a lawyer for a while. He actual interned at the DA’s office. All the lawyers were telling him not to be a lawyer. It was after receiving the day and a life that he realized this career was not for him.

ATM: Is there a character who you played and studied as an actor and afterward thought differently about the profession?

EC: This is a good question. I have played some really fun roles. I have played a police officer. I was able to do ride alongs with the Portland police. It was fun and I felt the adrenaline. I did not have to do the paperwork and did not get the whole picture of what it means to be a cop. I only got to turn the light on and go chase people. I also shadowed a public defender. You do not get a sense of it until you actually are living the profession.

ATM: What have you learned from the director of Peppermint?

ATM: How would you describe yourself as an actor?

EC: (Laughs). I like to think of myself as a communal. People look at pictures of me and are not aware that it is me. Hair, makeup, and wardrobe play a factor into a character. Also, these play a factor in bringing a character to life. I like being able to live in the skin of any character. This is why I love the research aspect of my job. I get to really dive into the character. This female cop is always flickering her hair back into a bun. She wears no makeup or wears massacre. You have to figure out what makes this person them. I like to reveal the character within myself.

ATM: What did you take away from the witnessing the interaction with the USC medical neurologist that helped you worked with Jennifer Garner?

EC: I was able to get the sense of taking care of my patients. I learned that you have protected and do what is best for your patient. This might sound counter-intuitive. You have to protect the patient from the family, the police, or anyone coming in who do not understand what is going on. My priority was to take care of Riley. The second priority comes with the police. They are inferring with my patients care. They cannot interfere with the patient in any way that is negative. I learned how to do this in a diplomatic and polite way. You have to still be firm. A good doctor is also good with people and how to interact with people to better interact with the patient.

ATM: How different was your approach to being a patient in real life in hospitals? Did you gain any respect for doctors?

EC: I learned how to be more compassionate. I learned to respect when a doctor says a patient needs to rest that exiting is the best to let them rest. I would be left on my own agenda now from looking at the other side.

ATM: What other themes besides empowering women does this film create?

EC: Things are not always what they seem. Sometimes the good guys are the bad guys and the bad guys are the good guys. There is duality in almost every character in this film. You get to see the yin and the yang. I try to find if the character is a villain or the bad guy when acting. I also try to find the opposites of these types of characters. This helps me more ground the character. We have the whole spectrum inside of us as humans. Some people float on the spectrum. I have the potential to be bad too just as being good. I can dig into all different aspects of myself as an artist and not just play one note.

ATM: Explain these different aspects that cause you to wish to dig within yourself in future projects.

ATM: How would you approach your character if it were more emotional?

EC: My character is emotional, but there is more of a cover-up. It is boiling underneath. I have to be a professional and do my job in the doctor role.

ATM: Express the position of stepping on the producer side from being on the acting side.

EC: It is a new world. There is a huge learning experience. I am learning every day. I see myself directing in the future. I am interested in directing, starring, and producing my own films. It would be interesting wearing these many hats.

Carufel wants to direct, act, and write her own work in the future. She is producing and attached to star in an independent feature film. This her first producing role. This is an ensemble piece and she is up to play one of the leads called Maggie. Peppermint in theaters September 7, 2018.

Behind the Cinematography: ‘Will & Grace’