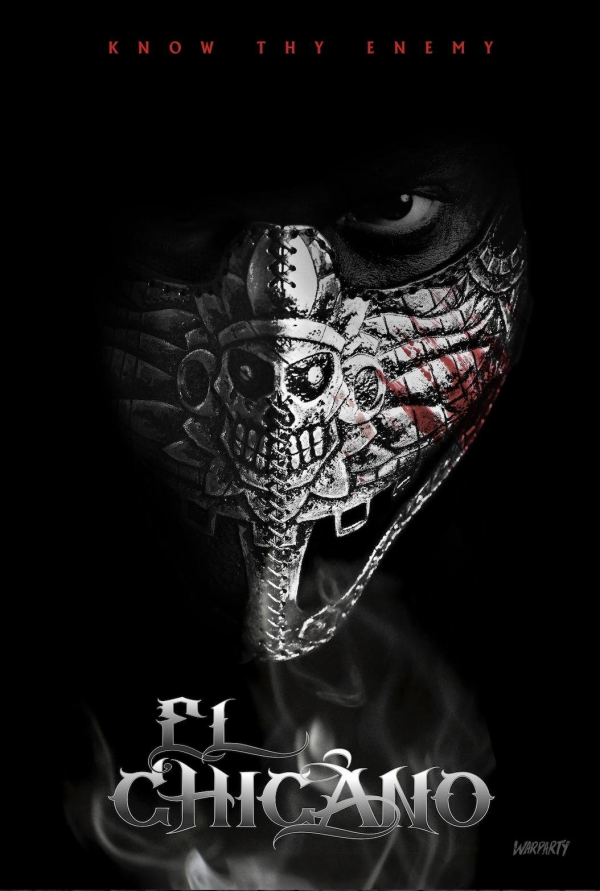 Spotlight on September 10, 2018 0Likes At The Movies
ShareTwitterFacebookInstagram

She is the first Latina of her generation to be on syndication television and a favorite on Showtime’s Dexter and ABC’s George Lopez television sitcom. Aimee Garcia is now a part of the first Mexican-American superhero film El Chicano. This film also stars George Lopez, and Raul Castillo (Seven Seconds).

ATM: How does this film communicate with America’s social climate for people of Mexican descent?

AG: Mexicans are an integral part to the American society. This community is woven into American history. It talks about how California used to be Mexico. There was a battle. The Mexican community is very much embedded in the country. It is good to shed a historic light on this perspective instead of it being Mexican immigrants. Who are really the immigrants? History is so messy and at some time everyone was an immigrant. Everyone was an outsider. We are an important part of the American puzzle. It is a very prideful story to remind the community they are not outsiders but natives.

ATM: The only main term is that associated with anyone of Mexican descent is “immigrant.” This term is all people know about this race. Some people do not know their good qualities or if they have qualities at all. This film sheds light on their culture and gives positive representations for them to look up to.

AG: Yes, definitely. Our community needs heroes and remodels. You are right. Especially now with the Mexican Community is painted in such an underdog position. It is time for a Mexico vigilante from this community and East LA to rise up. They can be an inspiration for young boys. Young boys need remodels more than any sector. Everyone needs remodels. We are in an age where girl power is prevalent. You have people like Serena Williams, Michelle Obama, and Ellen Ochoa. Ochoa was the first Latina astronaut to go into outer space. There should be role models for 14-year-old boys in this communities. There are not a lot of male Latinos role models for young boys to look up to. This film shows a very necessary voice.

ATM: Why are people in the film industry of this community not stepping up to the plate?

AG: We do not have a lot of people like us behind the camera telling our story. This is the biggest issue. This is part of the reason am changing from actor to writer. I want to create the change and want to see it. I have become a content creator. We have a durst number of Latino writers. This can inspire the next generation to step up and for the current generation to use their platform.

ATM: How does your character get implemented into this crime and action film?

AG: Vanessa is the fiancé of Diego. She is from East LA but went to get an education. She came back to teach grade school in her community. My character knows where she is from and her community. Vanessa is his rock, solid partner in crime, and the heart of the movie.  She wants to start a family with Diego one day. She is a hard worker, strong, and a college graduate. I am proud of the life trajectory that she decided. Vanessa can tell when things are not going well. My character has this sort of sixth sense. She is the voice of reason for Diego. My character is the eye of the storm in the midst of the storm around him.

ATM: Diego feeds off her energy.

AG: Yes. She is calm and rational. Her character does not have an alternative motivate.

ATM: How can this film help the social change Mexicans as we are soon to go to the polls to vote?

ATM: Describe the culture experience on the set of this film.

AG: It was very collaborative, and everyone showed up. You will see George Lopez in a completely different light. It is rare to have a mostly ego-less male Latino cast. This is great. This film was close to the director’s heart who lost, a brother, a small child and the mother. He wrote this as a cathartic experience of his loss. It was a personal, touchy, and emotional story for him to tell. All the actors were respectful of this. We did not have to do 15 takes. We were press for time. It was a nice experience with speaking Spanish at lunch. No one had to worry about anyone not understanding them because of their Spanish. It was fast and furious but great indie filmmaking.

ATM: You all were able to discuss the Mexican culture among each other.

AG: Everyone was able to be themselves. It was a sense of home and community. Everyone had the experience of being Mexican American and this translated onto film.

This film is about a Mexican vigilante superhero film. Diego is from East Los Angeles and aware of the legend of El Chicano. El Chicano gave voice to the underrepresented. Stuck up for the people being bullied. El Chicano follows his journey through a murder with a close family member. El Chicano makes its world premiere at the Los Angeles Film Festival during September 20-28, 2018.

AFI Fest World Premiere of ’ “Selena Gomez: My Mind & Me