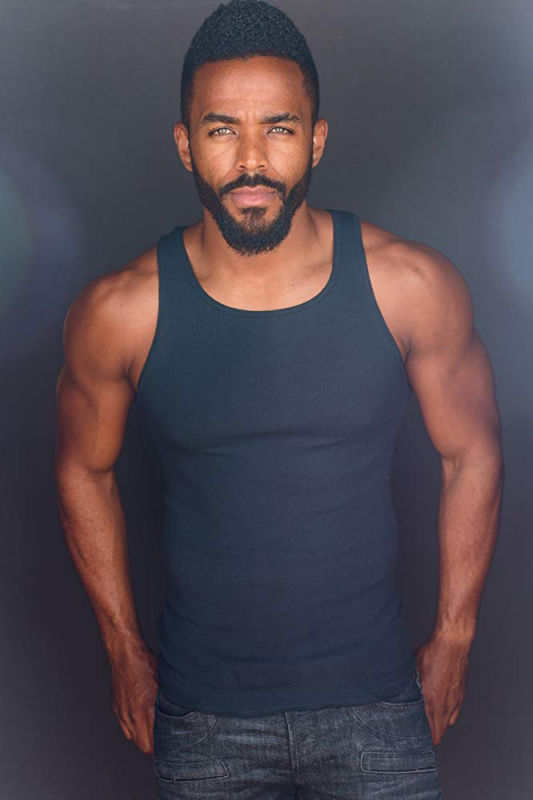 Reel 2 Real on September 10, 2018 0Likes At The Movies
ShareTwitterFacebookInstagram

Maintaining a career and running a church with your family can be difficult. What does it take to put your dreams first? How do you cancel everyone else out of the equation and deliver the mental abilities to move forth with your passion? Sean Dominic as Jabari Johnson plays Charity Greenleaf’s significant other on OWN’s television drama series Greenleaf. The third season has turned this Christian couple left and right. Charity must choose between her career as a singer and touring or a daughter who is running a church with her family. Jabari makes the choice for her.

ATM: What was your response to the character Jabari once a part of Greenleaf?

ATM: How does a person in Charity situation still be close to her family but still live out her dream?

SD: Charity has been under her parents for so long. She is still childish in a way. Charity is always looking for reassurance and someone to

let her know instead of stepping out on a limp. You have put in the work even through failure and still see it to the end. She is always explaining. Charity is like one of those kids who has been coddled by their family from a baby to teens. They can always go back to their parents but never truly grows up. Charity in this realm.

ATM: How does Sean make it through failure?

SD: Aw, man. Trial and error. Learning through life. I modeled for a while before acting. Modeling prepared me a lot for acting. Modeling alone has nothing to do with talent. It is pretty much what you were born with. You are putting in

the work to maintain what you were born with. A lot of doors get shut in your face. You have to take it as “I am not right for this one, but I’ll be right for the next one.” I got used to doing it. I saw things being played out with politics. Some people just don’t fit the bill. They would not have enough black guys. All these things factor into it. I worked at a comedy club for years. I saw many comedians go through a lot of failures. This taught me about failure as well.

ATM: How would you explain your relationship with Charity now?

SD: I do not know if there is anything going on. Aw, man Jabari.

ATM: He grew her up. She was looking for the “Oh you can come back.” She needed to realize this was a business. If you do not show up, then someone else is picked.

SD: It was tough for me. I did not expect Charity and Jabari to go through it like this. I thought that through all the drama surrounding them, that Jabari would have something special. I think Jabari is fed up with Charity’s wishy-washy ways. Charity would say she could be there and they would not. She canceled the tour and other things. He deeply loved her. Jabari is smarter than the average viewer things. He sees she has a lot of things going on in her life. Charity would not be able to commit even if it was not singing. There is something deeper with her and Kevin that is still being battled. Charity is still a kid with her parents. She comes to daddy on the last episode. Charity talks about preaching again. Charity jumps out of the music in which she put a lot of the church’s money into. She is lost. I do not like the way Jabari handled it, but I understand.

ATM: He gave her a reality check. Hopefully, her character will come to terms. You cannot be wishy-washy in a line of business. This is why people sign contracts for this reason. People have problems committing to things. He came off emotionless. She has problems with putting emotions into business. This can mess anyone up. She is traveling on the road alone with her son. One questions, “Where are you going?” This is why came to my mind.

SD: There was at the end of Charity and I that got cut. I wished they put it in the show. You would have seen Jabari’s humanity at the end as she walks away. They cut to where she leaves. He had a look of wanting to run to her.

ATM: Woah. That is not what we saw.

ATM: I am questioning why they did not have her call Jabari before coming. This would have saved her the hours of driving. She drove

all the way with a baby and then lies to Kevin about being on tour. Charity cannot put the pride of failing again away. Explain how you handle characters who go through personality shifts.

SD: From my past relationships. Life. If you live life long enough, then you experience heartbreak, tender moments, and love. I dig in and use these moments.

SD: Yes. There a lot she has not dealt with. Charity finds out her husband is gay. She is trying to do a lot for the church, but her family keeps denying her. Jabari comes around and she latches onto him. She still has all this emotional badge. Charity is not going to ever have a relationship or grow up if she does not.

ATM: She receives a lot of dismissal from everyone.

ATM: Jacob called her Peanut in the last episode. This compliments the childish viewpoint. Do you feel a man can help a woman like this? Is it about self-discovery?

SD: It is about self-discovery. No man can help with this. You have to help yourself. No one else can help you. This is kind of like an alcoholic. Everyone can push them to go to AA and get better. If they do not want to get better, then it’s on them.

ATM: Do you think Charity is aware of her position?

SD: Yes. This is why she is constantly trying to step up. She needs to take notes from her older brother. He tried and tried. Jacob is now the pastor of a megachurch. This happened whether his father liked it or not. Jacob still did it. She needs to step out and slowly find her way. Last night’s episode was driving point to really check in with her self.

ATM: You can only love her at a distance.

SD: This is all I see. She needs to take this journey on her own for now.

Christian relationships are not always depicted truthfully on television. Greenleaf shows us the reality of the heartbreaks that goes on in a church. With Jabari’s character, as a Gospel singer who was in love with Charity, leaves to let her self-reflect. Tune in Wednesdays at 10 p.m. ET

HOW THE MARVEL CINEMATIC UNIVERSE FOUND SUCCESS IN AVENGERS: INFINITY WAR AND ENDGAME