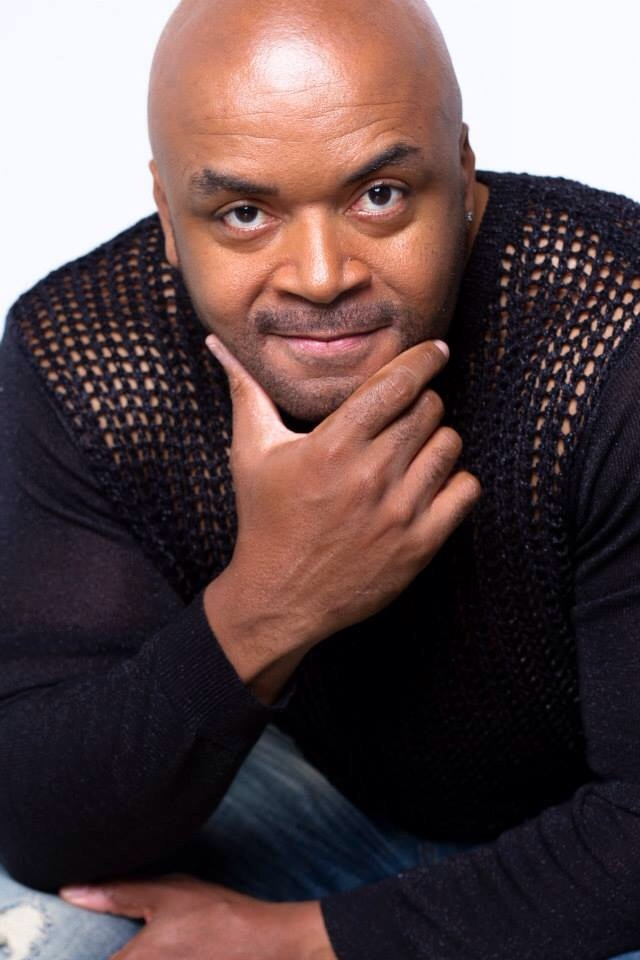 Spotlight on September 14, 2018 0Likes At The Movies
ShareTwitterFacebookInstagram

Actor Marion Blount recently starred in BET’s The Bobby Brown Story. Blount sits down with ATM to speak on his experience in the entertainment industry and the views and truths of male egos in Hollywood.

ATM: So, you played BeBe Winans in The Bobby Brown Story.

ATM: What a dream.

MB: There was a beautiful setup and at a huge estate. It felt like a real wedding with the way it was set up. I felt like a preacher. I was there with some of my favorite actors such as Mekhi Phifer.

ATM: How does this film expose the truths about male egos in entertainment?

MB: It speaks a lot about young male egos. Bobby is now a totally different guy. I saw him perform back in the day in Washington, DC. He got up on stage and did his thing. He was wilding. Now it is like where is the wilding part of him. He is so now mellow. It has to do with a lot of the things he went through in life. Tragedies will change you. It transitions you to being immature to quickly mature. The young guys today must learn on their own.

ATM: Yes. There are a lot of people in entertainment who are trying to help these young performers and actors. There are OGs are telling the young people about the reality of spending their money on useless things. You have Jay Z giving them the advice to save money. You have J Cole trying to give advice to Lil ATM: A lot of these young entertainers have come from bottom on up. They have come from extreme poverty and have made it to the top. This speaks on why their egos are so extreme. These young males are coming into the entertainment in film and music feeling too excited.

Pump. Their egos lead them to spend five million on a gold chain. They need to invest in something. The more assets you have, you more money you will obtain.

MB: Exactly. Right, it is a real estate. It becomes the next song. “Yo, my chain cost a mil.” Meanwhile, it does not mean anything to the older rappers. It means something to the younger generation. You look at all the ice around their necks. Who are you helping out with all the money? Just like you said, when you are thrusting and come from nothing, you should have someone to school them. Lebron came from high school and went to the pros. You did not see him go wild with all the money. He was a young guy who was mature. He was focused on his film. Lebron was not flossing like these young guys today. He was mature when leaving high school and Lebron stayed this way.

ATM: It depends on a person. A male lets their ego gets the best of them which affects the people around them. This also affects the pressure that the entertainment industry gives alone. There is a lot of emotional stress that is implemented in this industry. There is the rejection, the substantial amount of no’s, the hard work, money issues, and the long number of hours. This gets worse times ten with the involvement of the male ego. This makes them get an addiction. The addiction can be too good or harmful things. Their pride gets into the way of asking for legitimate help.

MB: They create their brands. You see them bling every day and have to floss every time they go out. They have to keep this and the image that is created.  There are so many other things they could be doing. They just have to make a decision. These young guys blow through so much money

MB: Wow! That is insane.

ATM: Yes, this is insane. The women that portrayed Alicia says how do you blow through 25 million. Bobby says he bought an expensive car to drive to the airport. He just got out of it and left. Like what?

MB: This is the mentality.

ATM: I have noticed one main thing that is prevalent. This is for every industry such as film, television, music and all others. Perception. The perception that the general public puts on them ruins the person in the industry sense of self. They are working in a line of business and it just so happens to include a camera. This links them to have perceptions, labels, and stereotypes put on them that were not asked. They did not ask to be called this and that. Now, they must live through these titles, but it might hurt their brand if they do not. I feel a real celebrity does not actually consider themselves a celebrity. They are just people who have talents that are infused with a camera. This is their living. This is how they make their money. They are no different than a regular person who works at a retail or in corporate America.

When you first become famous your first image in America is your initial image. Ariane Grande is associated with her ponytail. She might not be recognized without the ponytail. There is no messing up with people in this industry. Your first exposure is how the public will be ridicule and judge you. This is your image. Honestly, with Hollywood, it is either people likes or dislikes you. This determines your money.

MB: Of course. If you are not around, then they look for the next hottest person.  There is nothing guaranteed. Despite whether you work hard or not. Some fans either dig it or not. Some people will give you acceptance when trying something new or not. You have to be true to yourself.