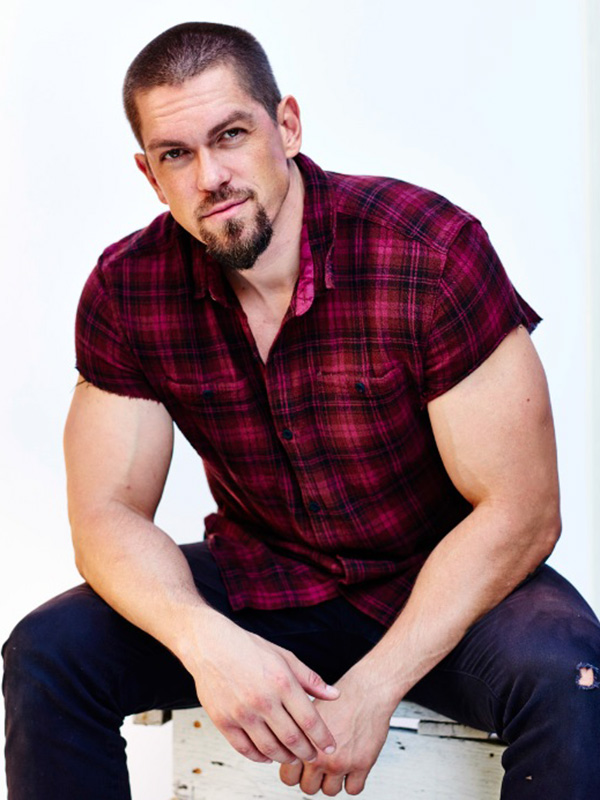 Spotlight on September 16, 2018 0Likes At The Movies
ShareTwitterFacebookInstagram

Race is a not a prominent factor on Showtime’s Shameless. It is rarely pointed out on the show in a negative way. Black Americans are usually seen living in poverty in film and television. This season the show flips the view of the white community by following a white family living on the South Side of Chicago.  This shows the truths about some of the realities of white families currently living in this country. Steve Howey is a part of the main Shameless cast and speaks about his character Kevin Ball.

ATM: What are different attributes or traits that you feel should be more woven into your character to better convey to a wider audience? What do you want to discover with your character?

SH: There are always discoveries in the works that the writers put forth. My character had kids to a thriving and sexual relationship with Veronica to being parents. Every parent can relate to this. Some are too tired to do it. The opposite is when we have the trouble Svetlana. We are working with these dynamics. I want to show more of the culture of a guy who lives on the Southside married to an African American woman. The writers did a great job, because we never acknowledged that it was a white man, married to a black woman. It was just a couple that loved each other.

There is also a culture of trying to make ends meet such as for small business owners. There are a lot of opportunities to show the hustle. It would be really cool to show this side of Kev. I know that we all hustle, and we have to keep the hustle going on. If he is not making enough money from the Alibi, then how is he making ends meet? Does he have a side job? Does he sale hoodies out of the back of his truck? Does he sell weed out of an ice cream truck? The guys growing up had five or six jobs. Some were legal, and some were not. If it does not hurt anyone, then there is nothing wrong with it. The civilization about the small amounts of marijuana is is different. It is now being decriminalized, which is for the betterment. There is an opportunity to show something about this. Kev is from the old school where marijuana was illegal.

Now, kids these days are smoking blunts on the side of the street because it is legal. It is not fair! They are spoiled and do not know how hard it was. When I grew up, we all had to hide our weed consumption. They have all of the good weed now and we had to sell seeds. They should show a more personal side to Kevin that does not have to do with weed, the Gallaghers, or the kids. Something that shows real things that are going on. This would be amazing in terms of character development. We see Kev as a father, an element of the Alibi, naïve, and a simple man. I want to show the more complex street savvy side to Kevin. I know it is there. You cannot be a white boy growing up in the Southside with no street smarts.

ATM: Why do you believe film and television do not focus on story lines about a white family living in a lower class environment?

SH: The honest answer is that it’s not sexy. Showing anyone in an impoverished setting is not sexy. It does not make people feel good to see someone living in the trenches. To see a mother working two jobs, having multiple kids, and struggling to make ends meet. It is not sexy. Real life is not hot or something that is attractive. Audiences want to escape. Therefore, audiences want to deal with a lifestyle that they want, to emulate, or Google for aspirations.  This is why it fits very well. It is like a dream or an escape. There is a difference with Shameless. Audiences either really relate to the characters and bring their lives into it or they feel better about their lives and are not as fucked up as the Gallaghers or the other characters. This has a lot to do with it. It does not feel good to watch people struggle. If the story is done very well, then it can happen.

ATM: This show concentrates on the different lifestyles and tropes associated with a white family who live in poverty. People have never seen a big white family living poor to this degree. Films and television expose us to black families living like this. This show explores the realities of a different side of America and white people. We do not get to see this part of the world and we are kept out of this world.

SH: I agree. This has to do with the writing, the actors, and the casting. It does show a side that people do not get to see. It would have not done so well if it did not resonate in a creative and fun way with great writing. If it fell short on one of these ends, then it would have not been as successful.

ATM: How do you take in the full embodiment of your character?

SH: Wow. These are such profound questions. My process as an actor changes and evolves on a daily. It is about taking the parts that have no humor and finding the humor. I like to find the humor in the things that are not as humorous. I have a hard time doing the fun way when things are written as humorous. This is because it takes the life out of me. You have the joy of creating something. Most of my work comes from finding something. As far as the overall concept of the character, you have Kevin’s basis of his world as Veronica. I made this decision a long time ago that his end all be all is Veronica. She stops and starts with him. Kevin is dead without her. It is always Kevin basing decision and problem-solving on Veronica. This means she is his world.

When you have this foundation as a character for him you make certain choices in this life. If I did not make this choice, then I would play Kevin in a different way. Honestly, I do not know how Kevin would be. Kev could be way darker and internal with struggling with things going on. He grew up in the foster care system. He is trying to have a family, be a good guy, and husband – all these things that a lot of them go through. There are different ways to handle it. These ways can be sports, parties, and other women. Some of it has morality and some of it does not. All the choices he makes stop

and start with Veronica. This is what I wanted for Kevin.

ATM: What have you learned or what knowledge has been gained about biracial marriages and love?

SH: This is a really good question. This has not been brought up throughout the seasons. It was not about a white guy and a black woman having a love affair. It was about a couple. It was never addressed. It was about a man and a woman in love. Shanola and I talk about loving this. It was Kevin B living next door. It was not white Kevin B and black Veronica B living next door. We really liked this.

It is funny. I get a lot of love about this from real biracial couples. This is from black, white, Hispanic, and the LGBTQ community. I get pictures of interracial couples about this being their life. I also have mixed race children. This is on the micro level. On the macro level, it is insignificant because this is not abnormal anymore, but the norm. I love that we are getting acknowledged. They are madly in love with each other. And the sex! She worked as a nurse and Kevin worked at the bar.

This relationship is not an accident. The actors that play them are in love with each other. In love with each other as a way of Shanola and I were dear friends. I love her with all my heart. She has been such an integral part of my growth as a man and an actor. She helped me be a better partner and professional. We worked together on Reba. It was in the universe that said we were supposed to work together. The relationship we have on the show is because Shanola and I have so much affinity for each other. God bless this case. It would be a fucking nightmare if we did not like each other. This happens a lot. People do not like each other and have to go on set at different times.

ATM: Explain a day of shooting.

SH: Shanola and I share a trailer. She has to put on Veronica gear. I am easy with the hair and makeup. I am in and out. I have not worn makeup for nine years. I do not put on makeup. I only wear makeup when am wearing dresses. You know what I mean? We do not have any scripts or notes on set. We have to be prepared on set. We do one time on set. We shoot the rehearsal. We have one more take and move on to the next set up. It is quick and fast. The guest stars that come on are used to talking about it first and rehearsing many times. We record the first time. This changes the game. We do not have time to bullshit but to go and do it. I would like more takes so editors have more options to try things out. I am fine with what we do. We are not there for 16 hours a day.

ATM: What does acting really mean to you without the materialistic things?

SH: Acting is my craft and art. I do this to exorcise demons and to feel joy. I do this to understand my own humanity. It is more to me than just a job. It is about taking a situation written by someone else and to put this into life. It is about finding out the best way to do this. There are a lot of techniques to do this. There are different philosophies. Sometimes we might think something works. If the audience does not get it, then it does not work. Everyone knows good and bad acting. You do not have to be an acting teacher or a casting director to know this. You either like it or you do not. Some people study and work on it. Some people just show up and wing it. I like doing different things to see what works. There are a lot of ups and downs.

Shameless’ Season 9 is expected to be very unique and express different aspects of the characters we have all fallen in love with. Tune into Shameless on Showtime. Check your local listing for times.