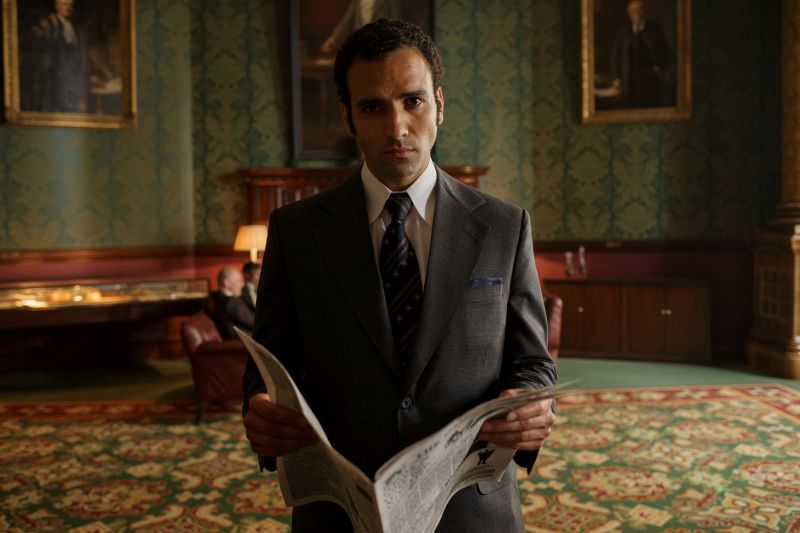 Movie Reviews on September 16, 2018 0Likes At The Movies
ShareTwitterFacebookInstagram

Ashraf Marwan was a double spy for both Israel and Egypt during the 1970’s.  He was the son-in-law of Gamal Abdel Nasser.  His relationship with Nasser was filled with strife. Western educated Marwan thought it was a mistake for Egypt to ally with Russia and should instead find a way to make an ally of the United States.  It was not long before Nasser died and his second-in-command Anwar Sadat took power.  Marwan soon became a confident and advisor to Sadat.

Since Marwan is no longer living (he died in 2007 under suspicious circumstances) we can only guess at why he became a double spy, selling Sadat’s secrets to Israel for cash. It could have been a need for money (Marwan’s education was on the line after his father-in-law’s death), to prove his worth, to prevent war; or all of the above. But what is known is that the information he provided Israel is credited with stopping bloodshed in a Sadat planned coup.  He paid for this with his family and ultimately his life.

Simon Istolainen produced alongside Antoine Stioui. Together they recruited Academy Award-nominated screenwriter David Arata to write the script.  Danish actor Marwan Kenzari (Murder on the Orient Express) portrays Ashraf Marwan with an intensity that is captivating.

The complexities of the Middle East are confusing, and this does not help The Angel.  The film must be watched with attention and even then, it merits more than one watch to understand.  Adding to the confusion is that the film is in three languages with subtitles; English, Arabic and Hebrew.

However, the Middle East is as important today as it was during Marwan’s time in 1973.  This is an important film that merits watching and understanding.  Accolades to Netflix for supporting the makers of this film and to the creators for having the courage to create a human Sadat and not a caricature evil villain.

Reminiscing with Celebrities in HAVE A GOOD TRIP: ADVENTURES IN PSYCHEDELICS