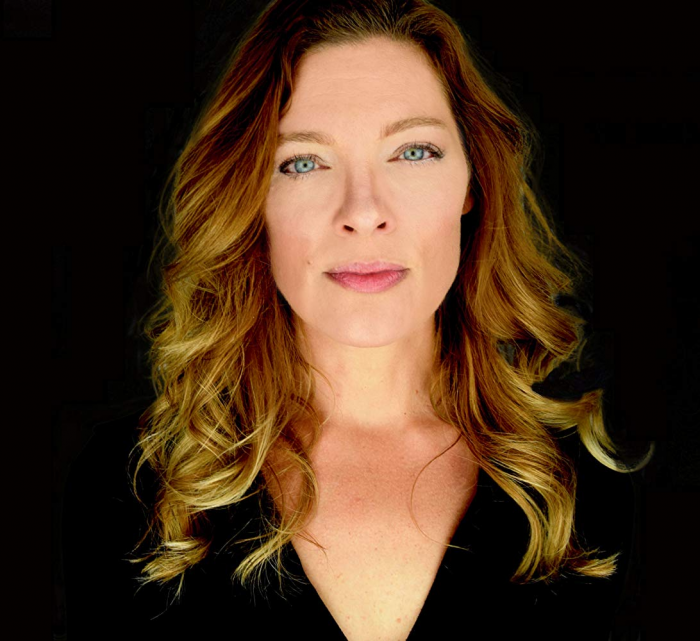 Spotlight on September 21, 2018 0Likes At The Movies
ShareTwitterFacebookInstagram

Murder and rape are legal for 12 hours once a year. Anything is bound to happen. The Walking Dead’s Sabrina Gennarino recently joined the Purge TV series cast. Gennarino sees herself talking on the actions of her character on this show instead of The Walking Dead. We see people are standing up for what is right and also how easy child can be manipulated.

ATM: How does working on horror series such as The Walking Dead and The Purge bring out your acting capabilities?

SG: This interesting and a good question. Both series take place in an apocalyptic setting. There is an extreme situation and how humanity is dealing with it. These shows are deeply grounded in reality. You must be very real. I tend to do this very well. I audition for a couple of things and get back that it is too real. This helps to have a ten-year-old daughter to keep the imagination going. How would it be having a ten-year-old daughter in the middle of this? I think what I would do and about this character. I try to find something within myself to portray the character. I know this sounds pretentious and ridiculous, but I do not mean this at all.

ATM: What did you think about the Purge franchise before joining the series?

SG: I saw the first one and thought it was an interesting concept. The show is based on the Purge, but it is about people standing up saying this is it. People who are against the Purge. This coincides with what is happening in our political climate today.

ATM: Where in the scenes already aired has been your favorite?

SG: I loved the setting in the pilot. We immediately got to know what these characters were up against right away in terms of people. Jenna and her boyfriend are going to be interesting to see. The purge is a party for rich people.  I was like what the hell. What is happening? These cults think it is okay to do what is happening to Penelope. The powerful introduction of our characters is intense. I love the intensity.

ATM: Let’s look at the scene with the Penelope and give thoughts on the given. Them thinking the invisible is heaven.

SG: I do not judge people. I do not judge a person’s political views if you are not hurting anyone. This is a situation where people are getting killed and hurt. I’m not sure what the motive of the leader. She really believes this. I do not think this is a government conspiracy. She truly believes this is right and taking their aggression on one person. She has convinced these people they are giving up their lives to save hundreds.

ATM: I knew what was happening but did not want to know I was right. I was like wow this is crazy. Some people on the bus were looking like is this even right.

SG: They think if they are purge themselves, then they are saving hundreds of lives. They are the hero who considers it. They are young and impressible. Both Penelope’s parents are dead. She has experience with drugs and alcohol. We are given this with the introduction of her brother Diego. Penelope already has issues happening. Penelope sees this as an opportunity to make amends. She misses her parents and thinks she can go join them. I do not know a single parent who thinks like this, “Come join me in the afterlife.” (Laughs).

SG: She really misses her parents.

ATM: I would really like to dive into the background of the leader to see how she got into this mindset. There people in the cult around the same young age. This shows how naive and innocent their minds are to be manipulated into things.

SG: Especially if they do not have guidance. This show is so human. This is what I love. Half these people have grown up with this. This is a fucked-up life. They are living in this society where it is fine to murder and rape. They are raised for 12 hours on this once a year. How do you respond or live with this? The lack of parents. You must raise your children right. You have to be there for your kids.

ATM: Children are susceptible to agree with things that they would disagree with if having more wisdom. If they have no guidance or authority figure, then they were going to go with what looks right. She might have liked the outfits and thought to join. I hope someone in the group stands up to say this is not right.

SG: They all looked horrified on the episode. A couple of them were smiling. The girls were like “what the fuck?” The boys were like “I do not know.” Kids are not raised to hate people or are not born haters. Most are not. Of course, there are some. We cannot speak for all. Some children are born to love everything and smile. We, as a society, allow a lot of things. In this show, the society allows people to get raped and killed for 12 hours once a year. This is about population control. This is very human so.

ATM: The dramatization of the whole series seems realistic.

SG: There is a level of reality. This is similar to Handmaid’s Tale. It is scary to watch a show like this. There is a battle of the Democratic and Republican side. I am not saying any of these sides are bad. There are certain things that we are experiencing today, which was not expected to happen. Here we are. If people are complacent and do not vote, then we can wake to say we do not want this. You must stay involved and be aware of what is happening.