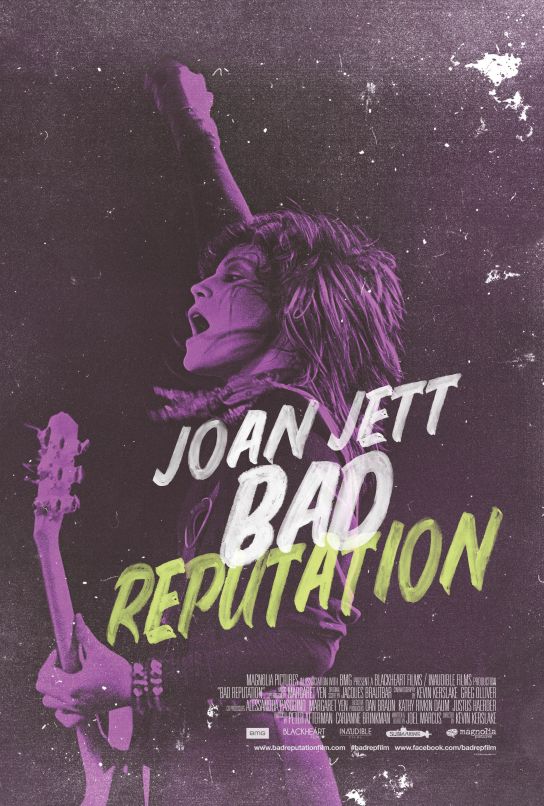 Reel 2 Real on October 4, 2018 0Likes At The Movies
ShareTwitterFacebookInstagram

Director Kevin Kerslake talks with ATM about his new documentary Bad Reputation. The documentary is centered around the ups and downs of Rock ‘n’ Roll singer Joan Jett career. With the film heavily inspired by the music of Joan.

ATM: What does this film observe about the rock culture during Joan Jett’s time?

KK: Joan spans over a lot of eras. The era she first started in was definitely male dominated. This has not changed that much. There has been a little more female pop artists. These are people who are already a part of our culture. Her cracking into the rock world was endlessly difficult. It felt like men and women were threatened by a woman who wanted to plug in and own her place in the universe. She did not do what was expected of her. Joan broke in during an era that was heavily acoustic. All the females were singer and songwriters. All the other females did not have that alpha dog aspect to them. Joan plays this role and people still find it threatening. Her popularity is definitely a testimony that people do respond to it. It seems to be an endless struggle in terms of what is going on in politics today.

ATM: Why a documentary on Joan Jett?

KK: Joan’s story is so epic and cinematic. All the stars aligned where it came time to do her story. A lot of these issues had to go next level in terms of music and politics in our culture. There was this implication to tell this story and the topics. There was a need to touch upon the story she experienced throughout her life. She was defiant and persistent. This is a story for all ages. I was honored to be the one to tell it.

ATM: Express the moments in editing.

KK: Documentaries often start in the editing room. You see what exist with a lot of parts in the story. There is a lot of reading. You decide the people who you want to interview once you have a grasp of the material and the story you want to tell. They check in to see the battle plan and what the story needs. There are a lot of phone calls to get people on board. You are talking to people about things that will end up in the film while a camera is in your hand. It is pretty erratic with a documentary in terms what you are doing.

ATM: How did this film teach you more about women needing equality?

KK: It should be an even playing field. We are conditioned to know there are more male artists than female artists. This is not more of the amount of the material created by men and women. It is a lot more even. The world is made up evenly of both sexes. It is fucked up that over 80-90% of music is sold by men.

ATM: What about her daily routine or beliefs spoke to you?

KK: Joan stuck to her guns and knew what she wanted to do. She was put on the planet to do one thing. As someone said in the film, “she has Rock ‘n’ Roll in her DNA.” Everyone should be doing this even if it is a career or hobby. You should nourish life on this planet. Certain things do

not allow this such as economical cultures. Joan was persistent and sticking to her guns about doing this. It is a big aspect of her game.

ATM: Name one song from the Runaways that you learned or connected with.

KK: Cherrybomb is awesome. I like the song Wasted. This was written when Joan left the band. She comes into her front woman duties. Joan sings it with a great snarly voice. This was a point in time when Joan came into her own. She had a lot of success before this. This song was emblematic at the time to turn on the jets and really took off.

ATM: How can a man perceive Joan singing during a male-dominated period?

ATM: What is your background in music?

KK: I stuck my teeth in music videos. I come to from a music family. My grandfather was a music composer and wrote pop standards in the early 20th century. I played in garage bands that never got out of the garage. I still really love putting the film to music. I got out of film school when music videos on T.V. where coming onto the screen. I got pulled into working in this medium with amazing bands. I have always been around bands and music. I love to express this love for music and championing it for change. There is not a better world to play in than this.