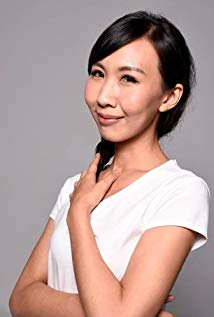 Reel 2 Real on October 8, 2018 0Likes At The Movies
ShareTwitterFacebookInstagram

Chinese American filmmaker Angie Wang reflects back on her young adult self and talks about her nonprofit organization.

ATM: What made you decide to put this film out now?

AW: It took me four years to put it up.

ATM: Why could you not get it out?

AW: I am a first-time filmmaker and it is an indie film. The original route is going through film festivals. We had a hard time getting it into festivals. I was baffled that we did not get into any. I was getting feedback about it not fitting into a category or box. They did not know where to put it. They would say, “Well it is Asian, but it is Urban.” I was like, “You mean black.” This is code for black. This is a universal story. They would say, “Well, it is unusual. We do not know where to put it.” It was very frustrating, and I felt very demoralized. The big Asian festivals were more home for us. They embraced it and understood the story. My PR guy always says, “Movies ripen.” I had to wait for it to ripen.

ATM: What made you comfortable to put your life story out there?

AW: A thousand years of therapy. Ha-ha. It is a funny thing when you get old. My old ass does not give a fuck. You start to care less about what people think. I kept thinking this was an important story. I talk to a lot of girls about shame and feelings about being sexual abused coming from “lesser privileged backgrounds.” I had to be honest and forthcoming about my own demons for them to come forth. When going to beg white neighbors for money dealing with my nonprofit. I found they were pretty renascence to go there emotionally. They would be like, “Shut the fuck up. Here is the check.” They did not really want to sink into the skin of these kids and understand where they came from. I realized there is a real lack of empathy in this world. A part of it comes from technology and we are living in silence. I was raised on television and film. This saved my heart and mind. I really do feel media is going to be a powerful force. Besides us having a lunatic in office. It will help us find our empathy and humanity.

ATM: How hard is it being a Chinese American woman in film and not being a nonwhite director and writer? Just how hard is it in this industry for you?

AW: It is really fucking hard. I am used to it being hard as a woman of color. I remember my father telling me as a young girl that “you are a minority twice. You are Asian, and you are a woman. You also do not have a shit ton of money. You are going to have to play better, faster, and stronger. You going to fight harder.”I have never stopped to think about it. I did not stop to think, “Oh, I am a woman of color. It is going to be really difficult.” I was like fuck it. I am going to kick the door down. It is very challenging. It is a tough industry regardless. It is even tougher when you are a minority. You have to get very gritty and you have to get help. There are people that are open to helping people like us get their voices heard.

ATM: When you were a drug dealer in college were you even aware of what your actions? Did you know the significance of what you were doing?

AW: You know I did not stop to think about it. I was just a foolish young child. I look back and say you were so fucking stupid. This movie was my way of sitting my 18-year-old self-down and to slap her across the face to say, “fucking idiot.” Also, to say you can grow up to be a really nice person and have a nice life. You do not have to live in this reckless fashion. I did not stop to think about the impact of what I was doing. For me, it was like, “I feel bad about myself. I want to have money. I want to be as good as everyone around me. I think I am going to make drugs.” Looking back, I see my frontal lobe had not even engaged. I was pretty stupid.

ATM: Was your 18-year-old self-having fun or were you just wanting to fit in? Was it like the more you made the ecstasy, the more people liked you because you had the drugs?

AW: I always felt like an imposture. I learned how to speak and be like them, but I never really felt like them. There was a lot of insecurity and isolation that came with this. In the Chinese culture, you do not tell your business. I would walk out of the house and my father would say, “We do not tell our business, right?” I would respond of course not. I think it locks you up in isolation and shame if you have trauma in your background. I see this regularly with the kids I work with. I was hiding who I was. I was always trying to fit in. I was like, “Hey if white people want my drugs, then I will charge them up their ass.” I had no problem taking their money. Then I realized we had more in common then I thought.

ATM: Did you have laughable or tearful moments when writing about your 18-year-old self? Explain the writing process for this film.

AW: I looked like a fucking crazy person. I decided to sit back after my therapist suggested I write. I sat down to write a journal entry, and this led me to have a crazy idea to write a script. I wanted someone else to write this script for a while. Then that little voice said, “Just sit down and write the fucking thing yourself.” It took 10 to 12 days. I was looking like a totally crazy person. I was in sweatpants, no showering. I was muttering to myself, crying, and laughing. My daughter was like what is wrong with you. I was in a very cathartic process. The process of writing is not linear. You cannot sit down and be like ABCDEFG. The creative process is fragmented, and it flows. I thought to take a break while behind this computer or take a walk. I thought if I had smelt something, then it would be a reminisces of something I smelt from 4th grade. It was such a great journey to tap into all this. The rewrites are hell. It took me 10 to 12 days to get the first drafts done. I was rewriting until the day of shooting.

ATM: What did people who did not know you think about this script?

AW: A lot of jaws dropped. People were like, “Whaaat?” I was living in a very beautiful neighborhood. I was lucky enough to live in a safe, but also secular, hegemonistic, and wealthy suburb. I always felt like an imposture. I moved away from here for several reasons. People realized why I did not fit in once knowing my story. My background was so different. I ride Soul Cycle a lot. I invited a lot of the people I ride with to my screening. A lot of them were like holy shit that was your life. A lot of them did not believe this was my life.

ATM: Did transforming this from paper to film to the theater help you basically love yourself more as a person?

AW: Yes. I have been working for years and years to accept, like, and love myself. I think seeing myself or a lens of myself through a 52-year-old woman allowed me to have more empathy for the kid. She did a lot of stupid shit. She was also damaged and broken. She had beaten herself up to do better. It allowed me to dive into another people’s story. I still pop into screenings to feel the work of other people. We share this experience. It brought me closer to humanity and to have a tighter voice for myself. This makes me a kinder person to others. I am still a raging person sometimes. It is an ongoing process.

ATM: What was your career before film?

AW: I sold software, technology services, was a hunter, founded a nonprofit, and then I had this idea of being a filmmaker. It sounds different when I say it. This has always been my life. My friends say they cannot believe this.

ATM: How did you get the woman portraying you to exemplify your younger self for the film?

AW: She actually stayed with me during pre-production at my house. It was not like she was going to jump into my skin and be me. She brings her own heart and soul through all the experiences. It is an interesting process for her to bring life into this character from being on a page. On the screen, you see a little bit of me and a little bit of her. This makes it more complex and a richer experience.

ATM: Are there new things you have figured out about your past self that you did not realize? When you saw the film did you notice it differently than before in your life?

AW: I had a different perspective on the tunnel scene. I did not perceive this scene as a rape until my AD was like we are filming a rape scene. I thought it was not a rape scene and that she was just really drunk. It was shocking to me because they were staring at me like, “No, it is a rape scene. You were driven down to a tunnel and fucked.” I thought whoa. I was a progressive woman, a young child who was trying to live life. I still wore the burden of this experience. I had to say if this happens to my daughter I would do something about it. It was a real eye-opener experience. It gave me more empathy to learn about the girl’s experience who I talk to in my nonprofit. I could see in them that it would not be okay, but I could not see this for myself. It was a huge experience to let go the burden of this.

ATM: What did your family and daughter think of your past?

AW: They said it did not really happen. I was not forthcoming and coming home saying, “Guess what I did?” My cousin knew about it. He said the less he knew the better. He knew the details. My daughter and I have been living with it for four years. We can now use it as a talking piece. It was a little shocking. My cousin also said it was kind of like reading your journal. This was very challenging for them to watch. They did not want to see me fucking or getting rape. You have to accept it at the end of the day. My sister is not happy about it. She does not talk to me.

Indian filmmaker Chaubey on Indian & American Gangs, Drugs and Government in the 70s-80s