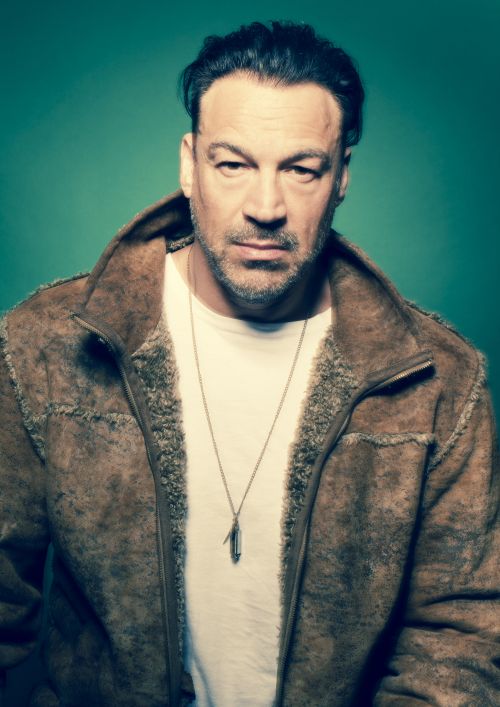 Aleks Paunovic discusses his role in the Syfy series Van Helsing and also expresses his aspirations and passion for The Red Cross/ImpactAnti Bullying Campaign.

ATM: Talk about your character Julius and his significance.

Aleks: I loved how it started from season one going into season three. It has really been an amazing kind of growth. I did not expect this at all. He started off as a recurring character. The breakdown of the character is this bloodthirsty vampire who not only going for victims. I needed more because there was just one level of the character, which was thirst and power. There was not a lot of emotion. I needed to find a grounding aspect as to why he would be like this. They developed a back story. It was interesting as the season went on as we started to investigate a little more. I got to really play with the fact that Julius started out as one-dimensional, angry, thirsty vampire, then he became a human. He gets to remember everything he did as a human. There was a lot of remorse, retribution, and acts guilt for him to be better. If he ended up getting killed because he was standing up for something he believed in, then he would have a smile on his face. He would do it for the right reason.

ATM: What is it about fantasy as a genre that drives you as an actor, such as War of the Planet of the Apes and others?

Aleks: It is interesting that it takes it out of an everyday life. Everyone deals with certain aspects of their life that is not original like anyone else. We all experience joy. The idea of it being a fantastical world where normal people do not get to see this. It is put into this light of Planet of the Apes and Van Helsing and it gets taken out of this context. This makes it really interesting. You get to enjoy the ride for these fresh eyes you do not see when not looking at the television. It is all the underlay of the stories we all know about such as greed. I like the aspect of it metaphorically being put into something such as the fantasy and sci-fi genre. It is still grounded in real feelings. It is finding a way to bridge the gap to when it affects a viewer and they connect to it. They do not know why. “Why do I connect to something and feel for this guy who is a vampire?” You connect the line and emotion to this fantastical scenario. I enjoy things like this.

ATM: Did like the fantasy genre even before playing these characters?

Aleks: Yes. I definitely did. I am a fan of getting lost in a certain type of story. I was never really a die heart sci-fi fan. When I did get engaged with it, it affected something in me that made me connected. Even though Apes is about having this relationship, it would touch in a way that I saw this relationship was in me with someone else. I like this kind of metaphoric and under the surface storytelling.

ATM: How are you able to get into these character’s mindset to portray these roles?

Aleks: I love looking at the scenario. What is it that this character needs? He would know it is fantastical. I connect it to something I need. I find a thread that I can connect with and tell a story that would affect someone else. It has to mean something to me to affect someone else. I am not just saying these lines or pretending this character is having a relationship with another character. I work in a way where I find these small little screw lines that affect me personally. I put my backstory and soul into it and open my rib cage and I am able to refuel this.

ATM: What different techniques or strategies do you use to go over your lines? How do you practice?

Aleks: I personally love to break down the script. I really try to find a script analysis. I like to find out who this character is and how I can connect with this character. It becomes much more easily as I understand this. There is a salvation and a grounding point. I take out all the punctuations and I go through the lines without any emotions or feelings behind it. I just want to see the line and read the lines. I then put the character behind it to have the interpretation of my own way with still giving respect to the writing. It just becomes a lot easier.

ATM: What was it about your early age mind that let you know you were destined to tell stories?

Aleks: It was such in an interesting journey I had. I come from a boxing background. I have three generations of boxing in my family. I love boxing and creativity in boxing. I never had it in my head that I was going out to hurt someone. I was a huge Muhammad Ali fan. I loved how he prepared and had such a great time before the fight. It was something about his charisma. He was telling a story about fighting when I did not even know. When he was fighting George Foreman, it was about how the swiftly moving boxer was going to destroy a heavy battening person like George Foreman. I did not realize this at the time.

In high school, I loved music and the idea of playing in a band. I loved telling the story of the songs. When we wrote a song it was honestly about something. The idea of there being another way I could tell stories. I really feel in love with film and television. Especially with the film and theatre aspect of being affected. The storytelling through film really affected and spoke to me. I did not know stories were a huge thing of my life until I sat into this career. I had dreams of different views on storytelling and this was what I fell in love with.

ATM: Talk about you being an active supporter of Red Cross Impact/Anti Bullying campaign.

Aleks: It really connected me to the supporters of bullying and realizing it. Everyone goes through this in certain parts of their lives. Even going into adulthood people get bullied into certain things. Especially if there is a personality against another person. This can really affect a person’s life when they are nurturing at a really young age. I have been a victim and I have been bullied in some way. Every kid has been bullied in some way. It could have been for three seconds of something they said to somebody. It could have been for a longer period of time to someone at school.  There has been some aspect that someone has been bullied.

For me being bullied, it was one of the earliest things when someone said something to me in front of a group of people. I will always remember this moment. It affected me with how I would react in certain comparable moments like this. It stayed with me. When this person said it they forgot the next minute. They did not realize they were doing it. It usually happens this way. I like the aspect of looking at the bully and seeing how we can help them. And nurture the vulnerability of a bully. They hurt so much that their only way of getting rid of a little bit of the hurt is to put it on someone else. It is almost a little bit of a release. They deal with things and go to school with it. They do not know have to navigate this. They are at really young and impressionable ages. They do not know how to manage. So, their best way is to kick it off of them is onto someone else. I like to speak with the bully. In this aspect, there won’t be any victims. It is okay to open up and be vulnerable.

ATM: Name one of the best moments in your advocacy with this campaign.

AK: It was a kid who was a really big fan of a movie I did called Numb. I did a screening in my hometown. He was about 12 years old and was very shy. I felt him being extremely shy. I was joking around with him. We talked about other things like movies, what he liked, and did not like. He said I read something about you and bullying. I asked what he thought of it. He said seeing how big and scary you are made me feel like I was not alone. I got one knee and told him you are not alone buddy. I was you. The way you are looking at me for advice, you are going to do this for someone else.

Behind The Music with the Queen