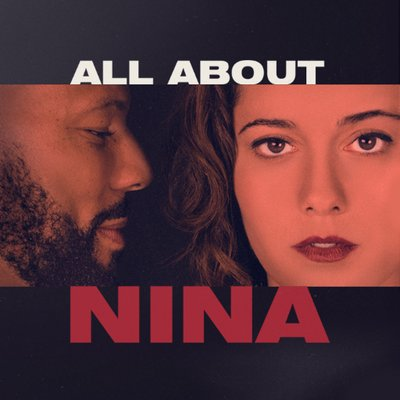 It’s ‘All About Nina’ with Andrew Kai

All About Nina is a film that explores the high measures one is willing to take to sustain a place in the stand-up comedy world. Andrew Kai talks about his experience in the film and gives some insight on believing in oneself.

ATM: What have you learned about a women’s process of getting into comedy based on the main character’s performance?

Andrew: The first scene displays it all. She says, “I am a woman and I bleed out of my pussy every month.” This is a rough quote. Everybody is like aww. She is like, “What? A guy can stand up here and talk about his dick for 4 hours. Everyone cracks up, but I cannot talk about my pussy.” I think this defines how taboo it is for women to talk about sexuality on stage or the things that are okay for a guy to talk about. This also transcends into other industries. People have this stigma about women not being funny, but they are. They are finally starting to get appreciated for their comedy. There has been a lot of progress of women in comedy, acting, and entertainment just in this past year. This movie is a huge example of this.

ATM: What is the process of how you rehearse your lines while at home?

Andrew: I try to read the script to get a feel of what the story is trying to put forth. I try to see how the character fits into the story. For this one, my character Cy is this trust fund kid who thinks he is on top of the world and has confidence. Nina hits on him and puts him in his place. My role is beneficial to the main character. It shows the juxtaposition of her before meeting Common’s character or how she deals with her emotions. It is not in the healthiest ways. There is alcohol and sleeping around with people who she does not know or like. She finds herself and explores her path after meeting Common. She faces it instead of putting up her guard. In terms of getting my lines out, it is sometimes hard. I did not have many lines in this role. I have pages and pages with the movie I have now. I sometimes sing them, do dishes, and say them out loud in different ways. I then home in on the where and put in some thoughts of what the character is thinking before and after the scene. It all falls into place.

ATM: How can you relate to the passion that is represented in Nina?

Andrew: We are getting into the business of the arts. It is hard and there is competition. Nina is facing even hard competition because she is a woman. It is a sacrifice you must make. I have a business degree. I had internships that lined me up for working real estate in New York City. I thought about being an actor at the last minute. It has been great. Giving up these opportunities were a toss-up and scary. You feel alone and that you made the wrong choice. You hope for the best. Just put your heart into your work and pray it works out. This is what she does.

ATM: Where would you be if not taking the risk to be an actor?

Andrew: Definitely wearing a suit on the subway in New York City to my real estate job in Douglass Elliman. I would be in real estate development and sitting in board meetings.

ATM: Do you question if acting was going to work out?

Andrew: Both of my parents are models. My father modeled for 25 years old. He had a huge career, and this sets up a huge example for me. This inspired my passion. I was a like a little model baby with my parents. I idolized them and saw all these people working. I saw him on T.V and in magazines. I had idolized it for the wrong reasons. I got out here and said I could do it. I got out here and saw it was difficult. There are so many actors in LA. It is crazy. They are trying to give it their all.

ATM: How do you position yourself to be different among the vast number of actors in LA?

Andrew: It is tough. My job is to book auditions. I am friends with a few actors. I put my friend on tape a few days ago. She kills this tape with emotion. My friend goes to slate her name. There is this certain desperation with the slate. I did not like it. People try so hard. I am also lucky too. I go after a lot of younger roles. I have this confidence of a 26-year-old who has been in the business world and has sat down with clients. I have a certain confidence and I am competing with children who get nervous. I am not nervous at all. I bring myself to the character.

Believe in yourself. Believe that you are enough. Some people do not believe this, and this is where they get caught up.

ATM: Express your most captivating and memorable moment in the movie.

Andrew: I just watched it again for like the third time. It was the last monologue where she is talking about her dad. I was crying my eyes out. My actual favorite scene is when she is smoking a cigarette in the shower. You see she is not dealing with life in the right way. It is about how people deal with traumas that happened in their life. She was abused and raped by her father. Nina keeps this inside and not talk about it. She is hiding it with sleeping around and drinking. I can really relate to this moment where she is smoking in the shower.

ATM: You can feel it with each puff of the cigarette.

ATM: How is it being in a profession where you give your true self to do great? You have to exploit yourself to put on the best performance.

Andrew: It is empowering to be vulnerable. Acting for me is therapy. I am saving money with acting and not going to therapy. I am looking in on what drives and affects me, and what I have rejection towards. I have seen this in my character and the other characters I have played. I am like a trust fund kid and a prick. I hate this kid. This trust fund kid has this crazy confidence. That he does not deserve. I must still drive into this actor and do it. This is who I am. It was interesting to not wanting to be this guy, but let’s accept it and do it. It is interesting finding out what you resist and want about yourself with the roles.