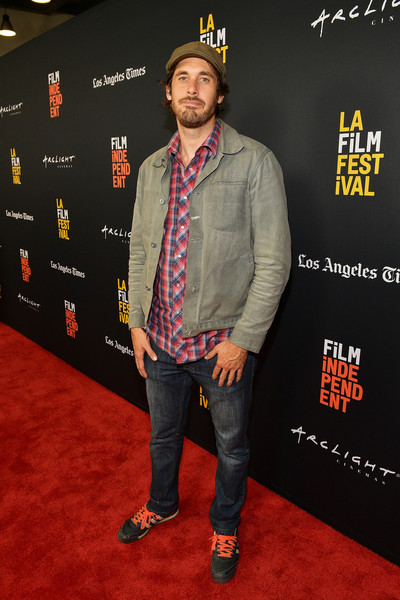 Reel 2 Real on November 27, 2018 0Likes At The Movies
ShareTwitterFacebookInstagram

ATM: How did you observe or perceive South LA and Compton before filming?

Brett: Perception is one of the main issues dealt with in this film. Treys from the film says, “Perception is a killer.” I grew up in Northern California. I grew up during the 1980 riots and when gang violence was the cause of the murder capital of the world. I had my perception of it because this was what the media portrayed it as. I heard about the cowboys through a friend who was a social worker.

I return to this place a lot of in the film. I do not feel this same feeling anymore. This feeling was built on largely the perception of the media. The way that South Central LA and Compton has been perceived in the films and in the News. In the songs and music, this builds a perception of a place. I fell victim to this perception. I heard it was such a fun place. I am not saying these things are still there. The people that are in this world is not the same that the media is portraying. I wanted to saw a different side of South Central LA. This culture has been apart of South LA’s culture since the 1800s. People are looking to pass the representation of gang banging. What did you like about the film?

ATM: I enjoyed how it shows a different side to South Central LA. We get to see a different perspective and perception of cowboys. It shines a more positive light on the residents in this environment. We see the stigma that has been put on this area for so long get lifted and turned into something that is passionate and positive.

Brett: There are so many truths about LA. There is truth of the gang violence. One of our subjects fell victim to this. Some of our subjects were involved in gangs. This is the way of life and how it is. This is the truth of South LA. We are not creating anything here. This is another facet of this place that never gets any play. The style of the film is stylistic. I wanted to shoot it as a western because this is how the guys show South LA.

ATM: Explain the connection you saw the men have with the horses.

Brett: A lot of these horses are rescue horses and need to be rescued back to health. These kids that are involved in gangs are paired with rescue horses. They are taught how to nurse them back to health and feed them properly. The kid and the horse are creating bonds through this process. There is some bonding that takes place. This has gone on for years and years. Also, before it burned down. Calvin is a guy who loves his horse. HE always wanted a horse and was around others. He finally got Jazz. This made him see South LA differently and gave him a sense of freedom.

He did not feel this growing up in the streets of LA. It gave him a sense of respect and empowerment in the community that he would not have had otherwise gained. Chris has a more spiritual connection with the animal. It brought an avenue and Chris and something he could pursue. He could pursue a life career riding a bull. You have to be connected with the bull to ride it. It is his job to have this connection. Guam sees how the horses attracts these kids. He uses this lifestyle to help facilitate change in his community.

ATM: Do you have any experience riding horses? What does being a cowboy mean to you?

Brett: I did some riding when I was young. We never had a horse or a ranch. It was through programs growing up. The most riding that I done consistently was during the film. For me, being a cowboy is not a man, woman, black, or white. It is not any sort of race. It is a principle and a way of life. There is not too much into American mythology. The cowboy is apart of this mythology. This is something that speaks to everyone that lives here. This is a set of principle and values. It is a personal value system. We can look at it and fit it into our own lives. We should hold ourselves to and value. There is many definitions to the term cowboy. I wanted to break down the stigma of a cowboy. So many people think it is this white man on a horse. I do not think this. Guam does not think this. This is the perception that is out there. You break down the perception of who a cowboy is and the perception of South LA while watching this film.