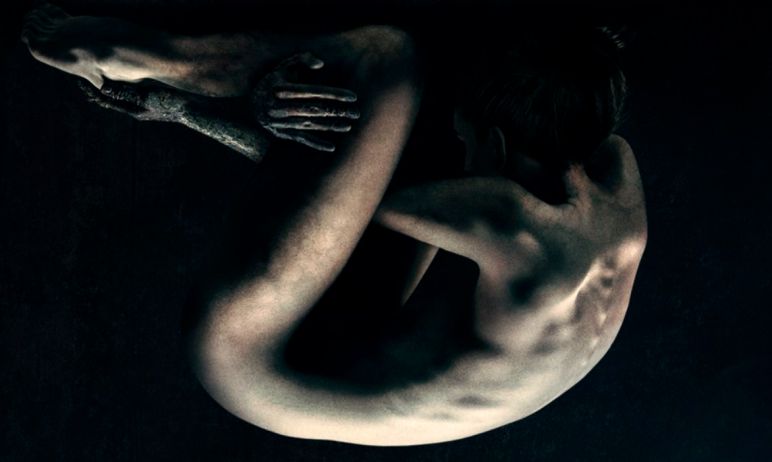 Spotlight on December 31, 2018 0Likes At The Movies
ShareTwitterFacebookInstagram

Brian Sieve wrote compelling script for The Possession of Hannah Grace. The movie shows what goes into a script after writing it and how it can influence the audience’s view of the movie. Sieve examines how identity in this movie is a constant reminder of regaining one’s self through the main character Megan Reed.

ATM: Why do you like to write material that messes with your mind?

BS: This is a really good question. I was certainly a child of cable television. It was cable television during the phase when these types of movies were being shown on T.V for the first time. The scary and R-rated movies. They were so easily accessible.  It was a little like riding a roller coaster as a kid. You are sort of drawn into the excitement of it but also scared of the dangerous element. From a young age, I had the push and pull of being attracted to something that was dangerous and fun, but also the fear of “is this going to scare me to death.” I gravitated to those elements for some reason. My parents are always horrified when I tell the story of being able to watch movies like this as a child, they say, “Where were we?” I say, “Good question.”

ATM: Why this title for your film?

BS: I’ll tell you a story. When I first wrote the script, it was called Cadaver. I sat down with Sean Robins, who is the producer for Broken Road. We talked about different ideas. He saw a news article about working in a morgue as part of their community service sentence — for drunk driving or whatever. There was something about this idea that was inherently creepy — one person working alone in a morgue. Why would someone want to spend all this time working a night shift in a morgue? Why would someone be drawn to this job? Is this something they are pushed into?

Out of this, I came up with the character Megan Reed who is a former police officer recovering from some addiction issues and PTSD. It made sense to me that someone would have to prove themselves to build their life back up after they had lost their identity or sense of self from a traumatic experience.  This kind of person would be willing to do anything to get their life back on track. For me, creating characters like this who are willing to do anything to regain what they once had is always an interesting place to start. From there, I came up with the idea that a cadaver is brought into the morgue where Megan is working and all the supernatural stuff starts happening. Cadaver was the most logical title because the script was essentially about a cadaver. After selling the spec script to Sony/Screen Gems, developing the script with them, and preparing for the movie to be released, the Sony marketing team discovered that cadaver is a word a lot of people did not know, especially a younger audience.

BS: I was surprised too. I was like, “You have to be kidding me. Come on, in high school I knew what a cadaver was.” This is what their marketing said. They tested a variety of titles. The one that came back as most interesting and exciting was the “The Possession of . . .” So they took the character of Hannah Grace who is the villain in the movie and used her name to complete the title. Because later in the movie you find out the villain was a victim of possession. The original title had a bit more mystery to it. You never take into account that there is this whole side of marketing as a screenwriter.

ATM: While writing the script and visualizing the scenes in your mind, would you say that this is your movie screening time?

BS: For sure. It is really important to visualize what the character and their environment look like. You want the story to feel as authentic as possible. The authenticity is not there if you cannot immerse yourself in this world. I always spell out what the location looks like with any script that I write. Especially with a script like this because it takes place in a morgue. The layout of the morgue and the way that the characters navigate their way through the location becomes important in staging the set pieces. It is important to draw a visual map, so you can feel you are living in it with the characters.

ATM: What expectations are held on you as a screenwriter?

BS: With a horror film, it’s not only important to deliver scares to the audience, but also provide them with characters they can see themselves in. As the characters go through an emotional arc, you want that arc to be cathartic for the audience. For me, the expectation is always that the writer will build events around the character arcs that force the characters to examine their lives and hopefully force us to examine our lives through them

ATM: How did you examine yourself through the characters in this script?

BS: Megan is dealing with the loss of her identity. She has lost herself after a traumatic experience, including her self-worth and her self-confidence. This has brought on an anxiety disorder, which is a scary, universal fear for me and many others. Losing your sense of self and at the same time being able to overcome your anxieties about these losses can be a terrifying prospect. Through Megan, I was forced to confront my own anxiety issues. Conquering those fears and those demons is what allows you to prevail at the end of the day, but that can be a very long journey.

ATM: How can there be a sense of morality in horror film? How can someone become scared, mentally confused, and still have a new take on life?

BS: The audience can become scared, but also feel really connected with the characters. Fear can come from now knowing where the main character will end up. Going through the experience with the characters in the movie, audience members who are dealing with similar issues in their lives will can hopefully come out of the movie inspired by Megan’s ability to conquer her demons. The goal of going to see this movie is finding the same strength in yourself and the issues you are dealing with that Megan finds by conquering her own demons in the film. She is not a character that believes in the afterlife.  She believes that when you die, you die. Her core belief system is tested throughout the course of the movie because she is seeing things that make her think she’s crazy. Having the audience test their own belief system can be fun, exciting, cathartic, and introspective. Hopefully they walk out the movie feeling what Megan feels, which is a sense of accomplishment.

The MOVIE BOX: ‘MAVERICK’ SOARS PAST $1 BILLION, ‘ELVIS’ AND ‘THE BLACK PHONE’ IMPRESS, AND ‘LIGHTYEAR’ COLLAPSES 65%