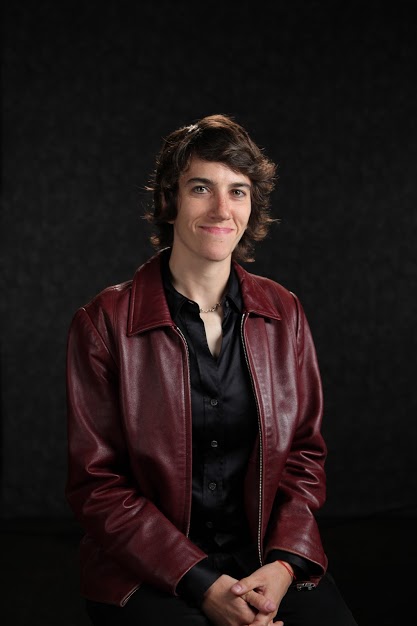 Spotlight on January 10, 2019 0Likes At The Movies
ShareTwitterFacebookInstagram

Sally Rubin is the co-director for the film Hillbilly. She tackles the wrong representation of residents and people who have origins in the Appalachia region. They are often greeted with derogatory language such as stupid, ignorant and more. They are often asked offensive questions such as Where did you get that accent? Or Do you know what TVs are? Rubin shares her views on how Hillbilly strive to advocate a better view on people from the Appalachia region.

ATM: What is your perspective on the representation of poverty in America?

SR: We talk so much about this in the movie. Poverty is represented in America as two dimensional, and it is a human element. Poverty is something that is treated as materialistic, stereotyped, and simplified. The wide story behind poverty is always removed. We tried to put the human faith back on poverty in Hillbilly. It is a really important point that Appalachia is not a place of poverty. It is a huge region that has over 23 million people. A lot of people are not poor and are well off. They do not look like what most people think.

ATM: What else were you setting out to tell in Hillbilly?

SR: We wanted to tell a story that told a different story of Appalachia, the Appalachia you do not get to see. The people who live here who do not look like the story. There are a lot of stereotypes in a nugget of truth. You can always find it if you are looking to prove it. However, we believe there is more to every stereotype that meets the eye. We set out to uncover the people who come from Appalachia who do not look like that. These people in their gender and sexual orientation. It exposes a side of Appalachia that has not been widely seen in the media.

ATM: How do you feel in the beginning stages of the establishment of when a stereotype is created that someone can become marginalized?

SR: Stereotyped dumps down human portraits. Stereotypes make people who are complicated have complicated nuisances’ stories with their characters. We wanted to show people who are from here who are represented with the Hillbilly stereotype and how different they could be. Your question is how stereotypes lead to marginalization. People and the rest of America see these stereotypes and do not go or look any further. They do not go to see what this person is really like. Stereotypes offer a quick easily summary of what people are like and what is in front of them. It is so much more in reality of what is about these portraits. It becomes easy to marginalize people when you do not see them as human beings and see them as these two-dimensional characters.

ATM: In what ways does your film talk about how a person can up rise from a stereotype?

SR: Some of it is personal beliefs. Stereotyping is inevitable for a human being. It is something we just do. Sociologically we put people in boxes, try to fit them into existing ideas of how people are so that we can compartmentalize and manage the world. It is a survival instinct. I do not want to criticize people for stereotyping because this is what we do. On the other hand, all of us always have to be thinking about and notice our reactions of how we put people in these deep boxes and see them as complex and third-dimensional people.

ATM: Does a person have to come from humbled or poor beginnings to understand the deep-rootedness of poverty and how it affects one’s life?

SR: This is a really good question. I have been amazed since the release of the film from people who do not have working-class roots or Appalachia roots or rural roots. A lot of the film is about media representation on stereotyping. Even if you are not from Appalachia or rural areas, we all seem to laugh at these types of people. This resonates. One of the most powerful responses to the film was in New York City. These are people who had no connection to Appalachia. Some of them resonated with the film. There are some universal themes to the film that rings true to everyone. It is the idea of making assumptions of people based on what we see on T.V. We have all done this. Everybody can relate to this.

ATM: How can the media affect the detrimental perspective of contemporary Americans when talking to rural areas and rural identity?

SR: Media does some of the most damaging and cultural work when it comes to our current political and social divide. It is media that is responsible for the portraits that make people seem to like these characters who do not get along. The media says things like “All Appalachia voted for Trump. He is only in office because the people in Southeastern United States put him there.” It is not true. Often the media dump things down in packages. Film and television are a fast medium. It is not an easy or the written word. There is no time to necessarily go back. Often film and television are responsible for these two stereotypes.

ATM: If the media are mostly known for wrongly commercializing, and putting out the authenticity or the core truth, then why do we still run to it?

SR: This too is a really good question. This again is human nature. We cannot help it. We want and need these human stories. We are used to stereotypes, and we do not watch media critically. We sit back, and we are used to being entertained. Most of us do not watch film and television to be educated, but we watch it get entertained. These are very different time masters here. Also, specific to the “Hillbilly” type, we got so used to seeing these types of portraits that most people do not blink an eye when a person comes on scene with a pipe, slug hat, or southern accent. This is what we expect of the region and we do not expect anything else. We are so desensitized at this point to the stereotype. We just do not see it critically. This is the most specific part to it. We do not even know we are watching a stereotype, but we think we are watching reality. This is when it’s the most damaging.

ATM: So, we are getting brainwashed and do not even know it.

SR: I would say this is not just with “hillbillies,” but with women, folks of color, and folks from different regions. This is kind of what is done.

ATM: A lot of times when you are watching something that is offensive to a specific gender or sexuality, you do not see it while it can also be targeting you. You do not see the persuasive language until afterward. You go “wait that was targeted at me, and I did not recognize it.”

SR: Right. Maybe the professor points it out. It is said in class, and then you realize what has been done.

ATM: Culturally, how would you describe the American mass media in a way that would get captured in a future history book.

SR: This is a great question. It is very innovating. I have been in a documentary film for almost ten years. Within these ten years, I have seen it changed, and evolution in the type of media young people are creating and have the type of appetite for. We see a huge amount of evolution in the documentary and fiction form. Different types of cameras are allowing for different types of stories to be told. It is an exciting time. Younger and younger people who have grown up during the internet and post 9/11 are the ones who are becoming the future media makers of our country. You have seen the social process through the media over the decades.