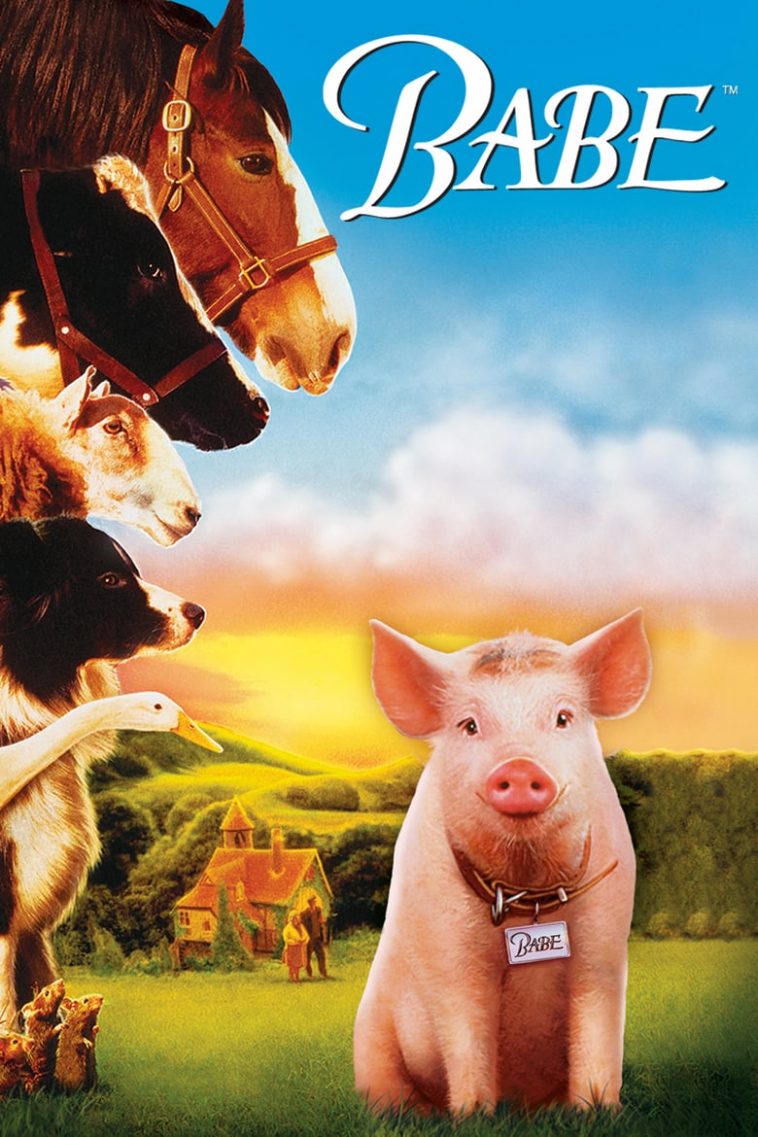 Movie Reviews, Spotlight on August 5, 2020 0Likes At The Movies
ShareTwitterFacebookInstagram

Twenty-five-years ago today, “Babe” was released in theaters, kicking off a hugely successful box office run which culminated in seven Oscar nominations and ignited a rapid proliferation of veganism amongst moviegoers around the globe. Impressively made, surprisingly wise and, above all, genuinely heartfelt, “Babe” remains one of the best family live-action movies to come out in recent memory.

The plot, adapted from the book by Dick King-Smith, is a simple fable about a young pig named Babe who wishes to do the herding work of a sheepdog, which goes against the rigid, ancient hierarchy of farm life. That hierarchy assigns each species a specific function they must always perform: dogs must herd, sheep must supply wool, etc. Unlike his vicious pig brethren in George Orwell’s “Animal Farm”, Babe supplies the impetus for change not through violent usurpation, but through his open-minded, wholesome innocence and his sweet, gentle naïveté. By attaining his aims by being his own good self, the pig brings down the divisions in the farm order and creates comradery between species seemingly destined to be enemies. The film thus conveys its theme of individuality triumphing over pre-defined caste hierarchies in a genuine and nuanced manner.

In addition to that uplifting message that is sure to resonate with children everywhere, the film delves into surprisingly adult material, often expressed by the supporting cast flanking Babe. Ferdinand the duck is another outcast who, like Babe, repudiates his birth-given duty and instead wishes to crow the morning in like a rooster. Although his antics will be sure to humor young audiences, his eccentricity belies a palpable fear of death: if he performs the duty as a rooster and hardly eats so as not to become plump, then he will not be eaten in return. It is this constant fear that manifests into Ferdinand’s cynical and existential musings that will be sure to be picked up by adults, if not by kids. Just listen to the pessimism when he bemoans that “Christmas is carnage.” After all, the annual meal means the inevitable death of one of his colleagues. And what direct nihilism is expressed when he proclaims, “I suppose the life of an anorexic duck doesn’t amount to much in the broad scheme of things.”

As such, “Babe”, despite its G-rating, is not a movie that condescends to its target audience, but rather deigns to be wise and to make a statement regarding the condition of Earthly life. Just look at what the stories of the two sheepdogs have to offer. Fly, the female, has to contend with the fact that her beloved pups, as they come of age, inevitably will be sold off: she knows this and yet, when it comes to pass, it still almost breaks her. Babe, sensing her hurt and reflecting on their genuine connection, comforts her, re-establishing their relationship as one of surrogate-mother-and-child. It is an everlasting theme of the connection between parent and offspring and the void that results once that connection is severed. This portrayal is remarkable in its acute subtlety.

Rex, the male sheepdog, is at first the strict, humorless upholder of the farm’s species-based social order and one of the meaner characters initially to grace the screen. Yet, his personage is rendered more complex by his backstory, where a tragic instance of rotten luck forever ruined the attainment of his dream. Throughout the film, his character gradually develops until he is rejuvenated with the new purpose of helping another realize the goals he never could attain.

Intertwining with these two stories are other instances of surprising emotional depth, including one heart wrenching death. Altogether, the film weaves a nuanced tapestry depicting existence on Earth, a world ruled by the machinations of chance and anarchy, filled with brutality and tragedy and yet punctuated with opportunities for redemption. It is darkness peppered with little spots of light, ambitiously complex and suffused with realism, especially for a kids’ movie.

On top of its fantastically realized themes and characters, the film demonstrates genuine technical bravado. Using a combination of real animals, puppetry work from the world-class Jim Henson’s Creature Shop, and occasional CGI, the talking-animal effects still look incredibly realistic and natural even today (indeed, the effects are far better than later efforts such as the horrific and creepy stiltedness of Air Buddies). Additionally, the cinematography by Andrew Lesnie is beautiful, indelibly capturing a magical, storybook-come-to-life aura. The sense of a fairy-tale pastoral has never felt as vibrant as in those morning magic-hour shots, when the sun, bleeding orange into the dawn sky, slowly illumines the verdant, rolling hills of the countryside.

Being both beautiful inside and out, “Babe” still holds up as a delectable family film two-and-a-half decades later.  Two hooves up!