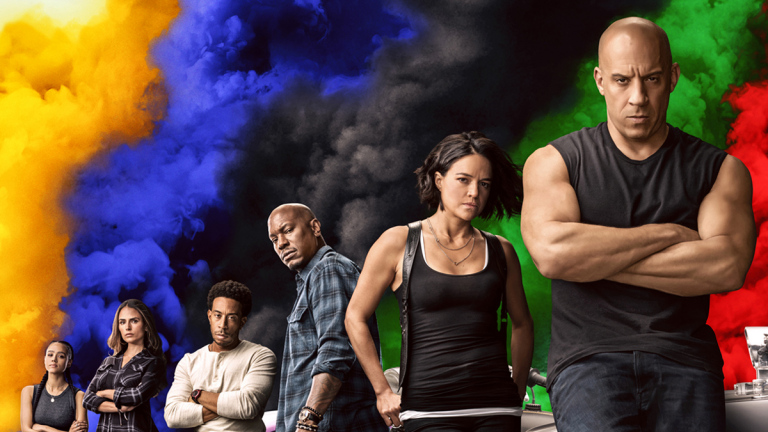 Spotlight on June 22, 2021 0Likes At The Movies
ShareTwitterFacebookInstagram

Even if Martin Scorsese wouldn’t likely consider the “Fast and Furious” franchise “cinema,” the franchise that began as streets racing and is now a group of quasi-superheroes has carved a massive fanbase.

It’s weird to think of a time where the “Fast” franchise didn’t focus on Dom, but “2 Fast 2 Furious” made a good case to bring Vin Diesel back into the fold.

Jason Statham spewing one-liners is always worth the price of admission, regardless of who is with him. Hobbs (Johnson) makes a good counterpart to Shaw (Statham), but the movie itself feels like a callback to action flicks of the past, and that’s not always a good thing. Vanessa Kirby was a perfect choice to play Statham’s sister in the movie, and she keeps up with Statham better than Johnson. Idris Elba’s turn as the villain is an odd cross between Darth Vader and The Terminator.

There is a lot to appreciate about the movie that started it all, though it’s a far cry from where the franchise is now.

7. “The Fast and the Furious: Tokyo Drift”

“Tokyo Drift” is the zany black sheep of the family. While stylistic, the story isn’t anything special and Lucas Black is no Vin Diesel or Paul Walker.

Bringing in Deckard (Statham) as part of the team really pays off tenfold as he brings his usual banter, but Fate of the Furious is far too long and you feel the absence of Paul Walker. Charlize Theron joins the list of a-list actors to join a franchise as a villain, but Cypher and her grand plan are forgettable. All of that being said, watching Jason Statham kick butt whilst carrying a baby brings this in the top half of the rankings.

Perhaps this is proof that the “Fast” saga has run its course, but “F9” features a lot of fun action sequences. Don’t come looking for a great plot and heartwarming family story because it feels like the franchise triples down on the absurdity. Where we can even go from here is as mind-boggling as the number of countries “F9′ travels to.

How did a franchise manage to go eight years without resuming Dom and Brian’s storyline? This is the last of the early era of the “Fast” franchise, and it doesn’t quite reach the heights of later installments.

Dom saving Letty by jumping across a highway is the pinnacle of this franchise.

Paul Walker’s sendoff is the most memorable part of “Furious 7,” and the franchise honestly could have ended here. A close second is when the team drives cars out of a plane. This bodes well for their adventures in space if that ends up coming to fruition.

It’s a close race between “Fast Five” and “Furious 7,” but the fifth installment gets the slight edge purely for the way it reinvented the franchise. Street racing and heists can only go so far and bringing in Dwayne Johnson to be a thorn in Dom’s side and driving bank safes through streets is the peak of the franchise. Watching the testosterone-fest that is Dwayne Johnson vs. Vin Diesel play out harks back to the days of Schwarzenegger and Stallone.