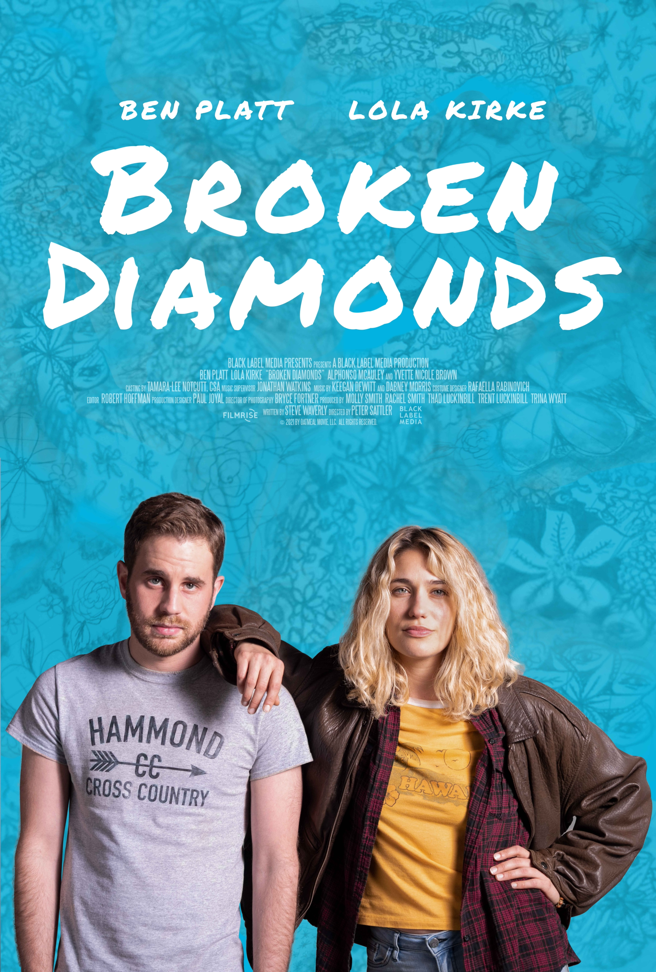 It is unfortunate that Ben Platt, who will appear in the upcoming film adaption of “Dear Evan Hansen,” and Lola Kirke are stuck in a film like “Broken Diamonds.” In a film that is supposed to be an emotional journey, there is a lack of that emotion and care for these characters.

The message of “Broken Diamonds” is true: we need to become more understanding of people suffering from schizophrenia, or any mental illness for that matter. In a statement by director Peter Sattler, he said: “this film makes it real. Everyone has had some kind of experience with someone they know or close to them that has a form of mental illness. In addition to being entertaining, the goal is to have this film break the stigma of mental illness by showing the truth behind it.” Unfortunately, “Broken Diamonds” fails its mission. Yes, it will create a level of understanding for those with mental illness, but that same type of emotion evoked could also be drawn by simply knowing someone suffering from a mental illness.

On top of that, “Broken Diamonds” simply drops the ball with their handling of such a delicate topic like schizophrenia. It is treated as an inconvenience for most of the film, and the only other story to handle it this poorly (or perhaps worse) is “13 Reasons Why.”

The two main actors, Platt and Kirke, are not bad in their roles as brother and sister duo Scott and Cindy, it just stinks that the dialogue is so generic. You could guess the dialogue as it happens and likely be able to go in the same direction the conversations are going. While “Broken Diamonds” is by no means going for a sophisticated plot of a Christopher Nolan movie, that doesn’t mean that telling the most generic version of the story is okay either. The comedy beats were equally predictable, and none of them really worked.

The heart is in the right place of “Broken Diamonds,” but maybe its short runtime of 90 minutes or the script leaves it being a lot less endearing than it needed or intended to be. The overall message is absolutely correct, but the film itself is so forgettable and evokes no emotion until the last ten minutes. There is a really heartfelt emotional scene on a bridge in the last twenty minutes that almost saves the film. Luckily, Ben Platt will be in “Dear Evan Hansen” in a month or so, here’s hoping that the film adaptation of the play he starred in can remind viewers that he can act emotional.