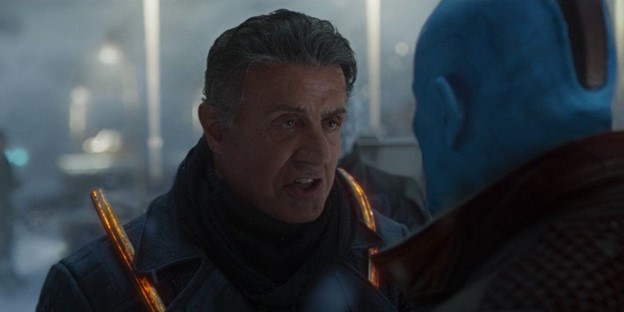 SYLVESTER STALLONE IS RETURNING FOR GUARIDANS OF THE GALAXY VOL.3

Even though Sylvester Stallone has iterated that he will not be returning for the eventual Creed 3, he will be returning to the Marvel Cinematic Universe for the upcoming Guardians of the Galaxy Vol.3.

Stallone will reprise his role as Stakar Ogord/Starhawk from Guardians of the Galaxy Vol.2 in 2017. The character in that film was enraged over Yondu Udonta’s actions regarding child trafficking to build the Ravager empire, but later praised and saluted Yondu’s sacrifice and wanted to reunite with his former teammates. Stallone made a post on his Instagram account regarding BTS and how “movie making has become a science.” Last week, director James Gunn posted on his Twitter account a photo from the first day of filming with familiar faces Chris Pratt, Dave Bautista, Sean Gunn, Karen Gillan, Zoe Saldana, and Pom Klementieff, along with the newly cast Will Poulter (for Adam Warlock) and Chukwudi Iwuji (in an undisclosed role).

James Gunn and Stallone have also worked on the recent DC release, The Suicide Squad, where Stallone voiced King Shark. Many praised the character’s hilarious lines as the shorts-wearing, shark-eating character.

Hopefully, Gunn has something special in store for him with the next Guardians film.