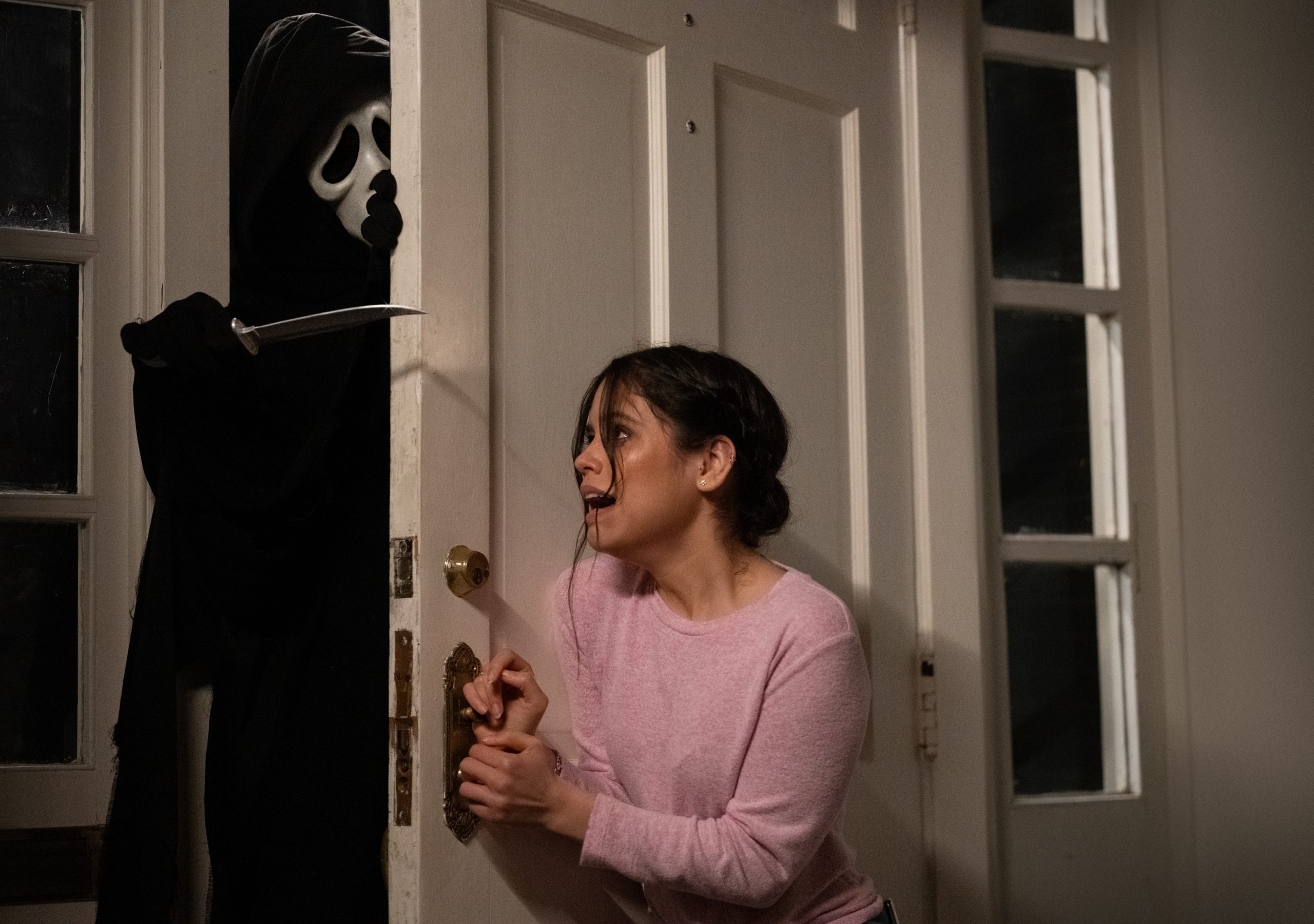 Entertainment News on January 17, 2022 0Likes At The Movies
ShareTwitterFacebookInstagram

As Thanos said, “I am inevitable,” and it was only a matter of time before someone came in and snapped Spider-Man’s web spun atop the box office. “No Way Home” has had an impressive run don’t get me wrong, but coming up with headlines for another Spider-Man weekend became tiresome. “No Way Home” did something great: it revived the box office and brought butts to seats for over a month, and it will likely continue to do so. But, to use a professional wrestling term, it was finally time to put someone else over, and “Scream” (2022) was the perfect candidate as a legacy sequel coming over a decade after the last installment. Granted, “Scream” had a TV series that attempted to usher in the classic 90’s slasher to a new generation, but it failed to get off the ground after two full seasons and a third that was a reboot of a reboot.

Requel (half reboot, half sequel) “Scream” (2022), the fifth installment in the “Scream” franchise made an estimated $30.6 million during its three day opening weekend, the third highest domestic opening in the history of the franchise (only “Scream” and “Scream 4” opened with less), including an impressive $13,350,000 opening Friday. The opening of “Scream” (2022) put any worry of “franchise fatigue” to bed after the poor $18,692,000 opening of “Scream 4” in 2011 and will have the opportunity to add to its holiday weekend gross with the MLK Day Monday.

While taking a -36.2% hit, “No Way Home” still made $20.8 million in its fifth weekend, hitting $698,724,074 domestically and officially passing “Avengers: Infinity War” to become the third highest-grossing MCU movie (behind “Avengers: Endgame” and “Black Panther”) both domestically and worldwide. “No Way Home” is the eighth highest-grossing film of all time with its $1,625,024,074 worldwide total and is closing in on 2019’s “The Lion King” ($1,662,899,439). Its legs have continued to impress, and even despite not finishing first at the box office this weekend, it still made headlines. “No Way Home” has been a resounding success for the folks at Sony, and a big congratulations to their hard work.

Animated Japanese film, “Belle,” is a modern adaptation of the classic “Beauty and the Beast” fairytale. It had already grossed over $58 million in other territories but grossed $1,645,800 in its domestic debut while only open in 1,326 theaters.

Last week’s wide release, “The 355,” dropped nearly 50% in its second weekend, only grossing $2,340,000. Luckily, its international grosses ($2,608,643) push it over the $10 million hump ($11,026,148). It’s surely a disappointing haul for a female-led film of bonafide stars like Jessica Chastain, Lupita Nyong’o, Diane Kruger, Penélope Cruz, and Sebastian Stan, but critics have not been kind to the action-thriller, only 26% of critics reviews on Rotten Tomatoes were positive, and it fell victim to the January release curse while people were likely waiting out for repeat viewings of “No Way Home” or the release of “Scream” (2022) in a relatively slow January slate.

With “The King’s Daughter” and “Redeeming Love” being the two big releases next week, “Scream” (2022) should be able to continue slashing its way to the top. But with that being said, “The Tragedy of Macbeth” just dropped on Apple TV+, and it would be a shame not to recommend Joel Coen’s latest visual feast. Watch it if you can.