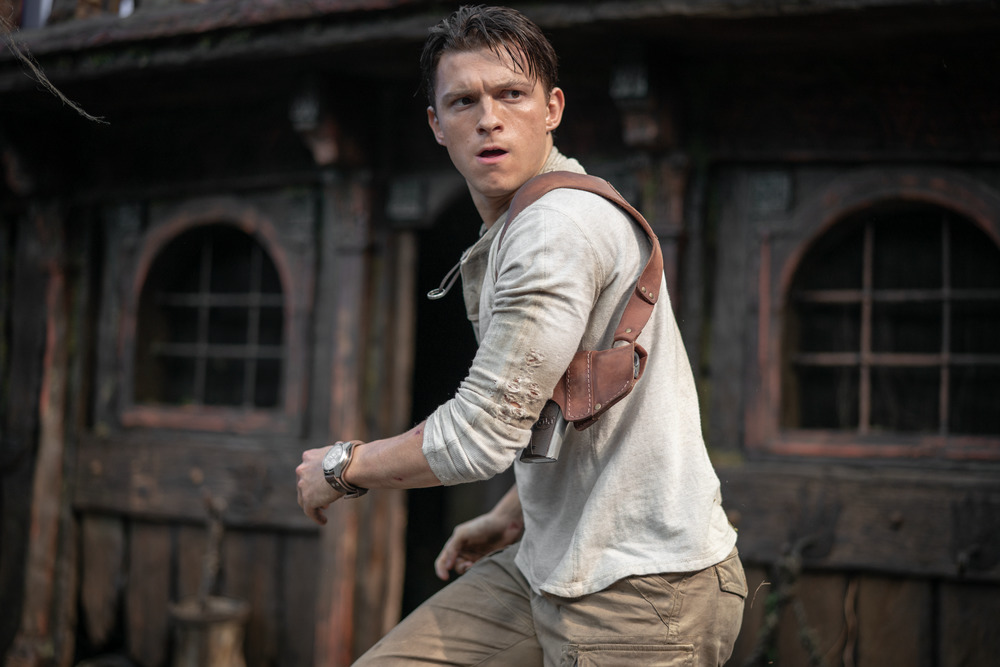 Entertainment News on February 20, 2022 0Likes At The Movies
ShareTwitterFacebookInstagram

Tom Holland is just out here living his best life. His newest franchise film, “Uncharted,” an “adaptation” of the popular Playstation video game series, scored a $44.2 million domestic opening ($51 million counting the four-day Presidents’ Day Holiday). The film opened overseas to a $22 million debut last weekend, and the film has already hit $139 million worldwide. It’s by far the best opening for a non-Spider-Man film from Holland. Speaking of Spider-Man, “No Way Home” still finished third place this weekend, raking in $7,650,000 (+1.7%) this past weekend.

Coming in second place was Channing Tatum’s directorial debut, “Dog,” which overperformed and made $15,135,000. Taking the Monday holiday into account, the film will have made a total of $18,050,000 in total over the four-day weekend.

As Oscar nominations have been announced, studios are still expanding some of their nominated releases. “Licorice Pizza” had reached its highest expansion point last weekend, though it pulled out of 670 theaters this past weekend, still making $634,000. “The Worst Person in the World” continues a strong run, it appeared in 216 more theaters this weekend and made $500,229.

Disney is pushing hard for their musicals as “Encanto” and “West Side Story” both expanded their theatrical releases. The former was added into 1,035 theaters even despite being released on Disney+ recently and made $423,000 (+213.5%) while the latter was expanded into 505 more screens for a $319,000 gross (+20.5%). Lastly, the three-hour film, “Drive My Car” has been slowly making its way around the US, appearing in 86 more theaters this past weekend and grossing $209,375.

“Uncharted” should have another week at the top before “The Batman” releases on March 4. Next week brings the Foo Fighters-led horror, “Studio 666,” is having a limited release, ditto for “Cyrano.” Francis Ford Coppola’s “The Godfather” is celebrating its 50th anniversary this next weekend by opening in some AMC theaters for a special 4K showing ahead of its 4K blu-ray release.