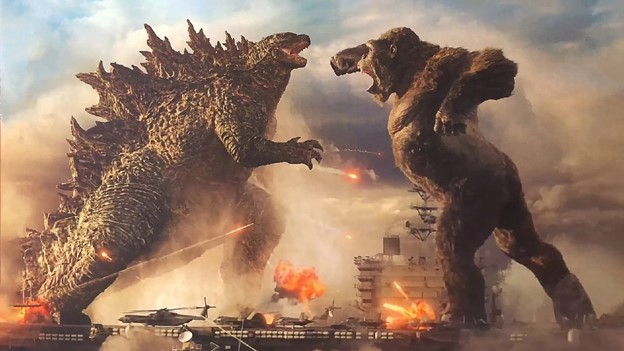 GODZILLA VS. KONG SEQUEL WILL FILM LATER THIS YEAR

Legendary Entertainment will return to Australia later this year for a follow up to Godzilla vs. Kong.

This will mark the third time a MonsterVerse title has lensed in the region following Kong: Skull Island in 2016 and Godzilla vs. Kong in 2019. The sets created a huge boom for folks to work and increased the economy’s standards.

The details and director are currently unknown for the feature, even with Adam Wingard hinting that he’ll return. Wingard did want to explore more of the Hollow Earth, commenting that the mystery should become “resolved and explored and pushed to the next level.”

Godzilla vs. Kong released in March 2021 after multiple delays related to the COVID-19 pandemic. It outdid expectations in the era, earning $468 million worldwide and becoming one of the most pirated features of the year. Apple TV+ had also ordered a live-action MonsterVerse series featuring Godzilla and other titans not touched upon.

No release date has been announced yet, but based off its timeframe, we may see the fourth entry in the MonsterVerse come in 2024.

NEON acquires U.S. rights to THE WORST PERSON IN THE WORLD from Norwegian writer-director Joachim Trier