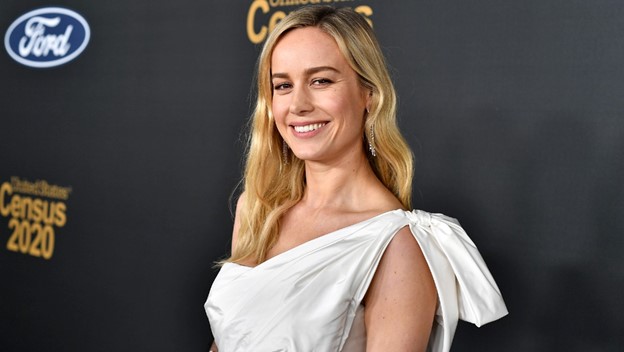 After a weekend where Sonic The Hedgehog 2 caught an impressive $71 million debut while Michael Bay’s Ambulance collapsed (despite good reviews), we got some info on follow-up details about news regarding upcoming projects and ones that may have an impact in the blink of an eye.

On Sunday morning, Vin Diesel posted on Instagram that Captain Marvel, the titular hero Brie Larson plays in the Marvel Cinematic Universe, will be introduced in Fast 10. Diesel praised Larson’s character and past Oscar win for her role in Lenny Abrahamson’s Room and welcomed her to the family.

In the past few months, we have gotten word that Jason Mamoa (Game of Thrones, Aquaman) and Daniela Melchior (The Suicide Squad) joined the crew as the movie continues its film preparations before it speeds into theaters in May next year. Larson adds some continued star power as she had several prominent roles in Kong: Skull Island, Captain Marvel, and Avengers: Endgame. While her role is currently unknown at this time, it wouldn’t be shocking if she were some estranged sister of the Fast family. Diesel continues to bring in stars of substantial magnitude for these last main Fast features as he could not convince Dwayne Johnson to return for one last ride.

Paramount went from a continued downward spiral for several years before finally spiking back up this year.

Sonic 2 (review here) captured $71 million in its opening weekend, which is higher than its predecessor’s $58 million opening weekend. We have sufficient evidence to believe that audiences can go beyond the Marvel/DC superhero IP and try other properties. Hmm, Paramount found some glory in risking a spin on the video game genre. People enjoyed the first Sonic in 2020 because of the revamped design, the action, humor, and ingenious inclusion of the brilliant Jim Carrey. They got it all again the second time around, plus Tails and Knuckles. Now, a third feature and spinoff are already in development, and Paramount can soak up all the glory.

Here’s the other thing for the motion pictures studio that has been writing their obituary for a while now: they’re on a miraculous winning streak. Years ago, they lost Marvel and DreamWorks, and the revamp of Star Trek, Transformers, and Teenage Mutant Ninja Turtles tumbled to disastrous results. Now? They have scored breakout success for Sonic 2, revived and excelled with Scream and Jackass Forever, and pulled off an original comedy in The Lost City within the past four months. And last year, A Quiet Place Part II also was a “pure” box-office winner alongside F9 and Spider-Man: No Way Home.

Now, bring on Tom Cruise’s delayed Top Gun: Maverick, and let’s witness if Paramount will become a winner this year. Or even if Babylon can net them some Academy Awards for next year.

Morbius crashed (as expected) in its second weekend.

Yeah, we can talk about how Michael Bay’s recent outing had an underwhelming opening that needs a magical moment or PVOD release to balance its losses, but we’re talking about Marvel. And as Sony tries to build its universe now, void of any MCU connections, there are issues on hand as to how they’ll do in the long run without the inclusion of Marvel Studios or Kevin Feige.

Morbius nose-dived into the deep end in its second weekend, plunging to $10.2 million from its $39 million debut. That’s a 74% drop, the second-biggest drop in history for any superhero feature, only behind Steel’s 78%. Terrible reviews, horrendous post-credits, and a lack of solid storytelling on Sony’s behalf may hurt them in the long run. Was Tom Hardy’s Venom an exception? Somewhat, as both it and its sequel earned lots of dough. However, the features had some inferior storytelling at hand and wacky CGI. All eyes are on Aaron-Taylor Johnson’s take on Kraven at the beginning of 2023.

If that collapses too, Sony should probably mold their stories with Disney’s MCU going forward forever. Or, dare I say, relinquish the entire Spider-Man collection to them to end this misery.

Amber Heard will hopefully wrap up her legal battles with ex-husband Johnny Depp.

Amber Heard took to social media to share with her supporters that she’ll be going offline for a bit to deal with the court. Johnny Depp sued Heard in 2018 after she stated she is a survivor of domestic abuse. A judgment in the United Kingdom was already settled in 2020, but this case will be in Virginia in Fairfax County.

Since this incident, Heard has faced backlash for her accusations, and Depp recently exited several film projects, including Fantastic Beasts: Secrets of Dumbledore. Let’s pray both will settle these disputes once and for all.

Folks connected the dots after the duo was spotted again dating in the public eye, and Lopez’s sister confirmed that Jennifer spotted a green engagement ring on her Instagram account.

Affleck and Lopez were one of the biggest celebrity couples back in the 2000s, working on Gigli and Jersey Girl. By March 2004, they announced they had broken up and moved on with different partners and projects before they met up again and reunited last year.

Congratulations to both, and let’s pray for their well-being and see if both can walk down the aisle properly this time.