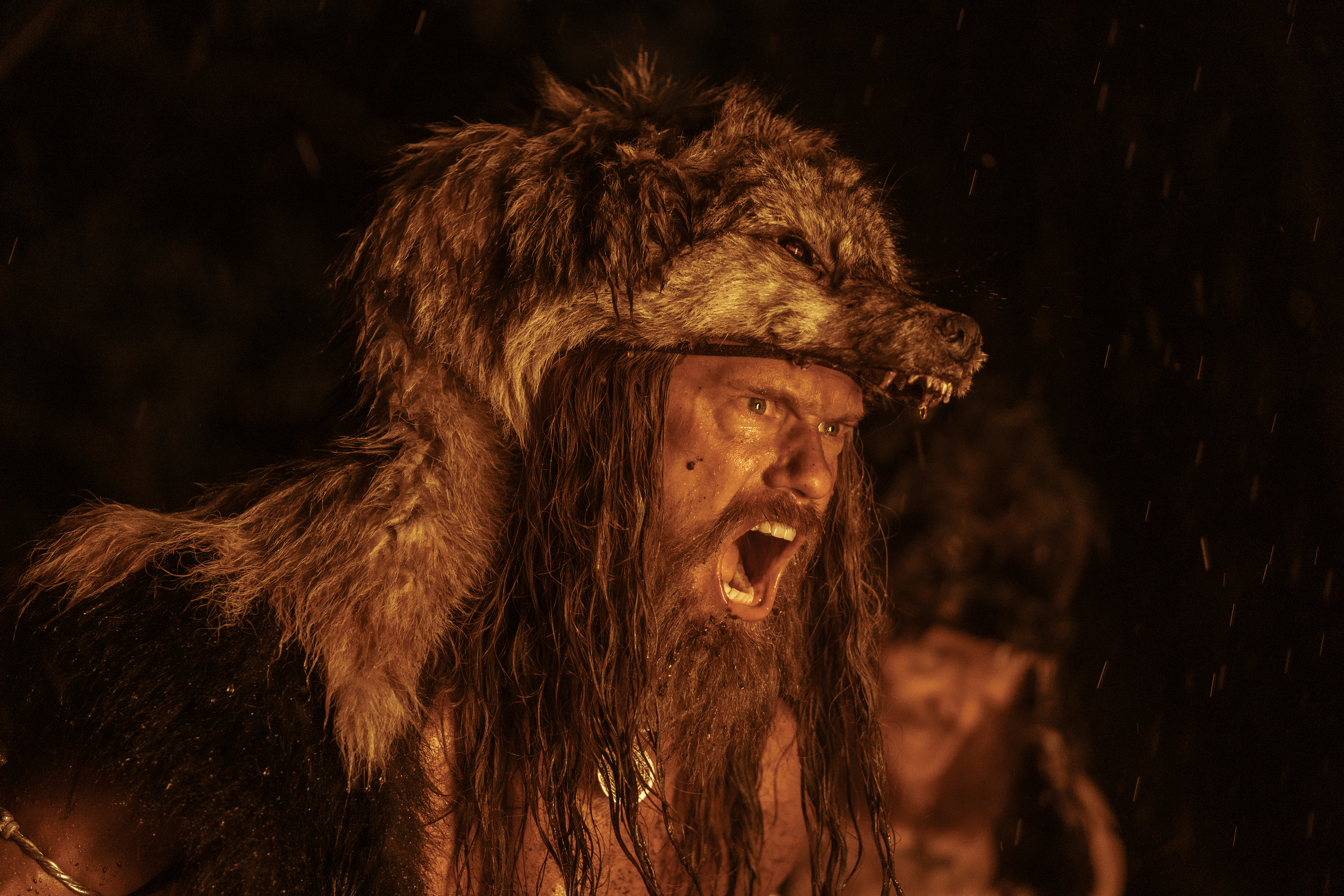 Uncategorized on April 25, 2022 0Likes At The Movies
ShareTwitterFacebookInstagram

“The Northman” is yet another example of Robert Eggers’ genius. The Norse epic tells the tale of “Hamlet” with Vikings. It’s truly a work of art, and because of the film’s historical accuracy and commitment to the time period, the costumes were a critical part of the film. I sat down with costume designer Linda Muir and discussed the research process for this film, how her working relationship with Robert Eggers began, and the challenges of going from two small-scale film like Eggers’ previous two films, “The Witch” and “The Lighthouse,” to a $70 million epic.

(AK): It’s great to meet you, Linda. Congratulations on the film. Your work was amazing and arguably one of the best parts of the film. I really loved it. I’m just curious, I saw that you worked with Robert Eggers on his previous two films, both “The Witch” and “The Lighthouse.” How did this collaboration start?

(LM): Well, it started with Robert and the production of “The Witch,” which was coming to Canada. I live in Toronto, I work in Toronto, I interviewed, we hit it off. We have very similar backgrounds in terms of a theatrical background and a similar aesthetic. And I think that developed over “The Witch” but then grew deeper during “The Lighthouse” and then “The Northman.”

And can you tell you what is so unique about his vision as someone who has worked with him?

Yeah, well, he’s an incredible writer. He is so thorough and passionate about the material that he is writing [and] about the people that he’s writing about in the period.

The period information really just informs the psychological state that people are in. I love the fact that it’s not that you just know about it, but it isn’t necessarily his overt intention for the scripts to be a feminist, but they are because they show the circumstances so clearly, you know, particularly with “The Witch” and “The Northman.” Obviously, not “The Lighthouse” because that was about two guys.

But you know, he’s a true collaborator. He knows his material. He knows what he wants. He then lets both [David] Craig and I out free to roam and collect information and come back. In addition to that, what is learned and incorporated, we add another layer of the things that we find interesting and develop a look like that.

So, he’s an amazing collaborator.

Well, first reading the script and then finding out specifically when it’s set and then starting to read the sagas and becoming familiar with the tropes and the various characters in our scripts were informed by.

And then starting to look at what material there is in museums and what do archeologists know. We had incredible resources in Neil Price and a woman who had just written an amazing book about Valkyries. And then put questions together and then to be able to ask someone and then figure out what can we extrapolate. Obviously, there isn’t a complete set of clothing anywhere in any museum from the Viking age, there are bits and pieces, but we can’t have partially-clothed characters. So you start with what is known and then, trying to get into the vibe, you know? I found that the most difficult thing is, when we started to produce the costumes, I had this idea: Because there so much that is male in the gods — in the temples so much that is Odin, so much that is Freyja — I really would wanted there to be a Freyja and a female aspect to that as well. And I have to say that was very difficult to try and design something that the read truly, as a Viking, that is a piece of jewelry. It took few reworkings, you know?

Was the reworking the biggest hurdle that you ran into?

It’s not necessarily the biggest challenge, but each one always has to be aware of the fact that there are human beings wearing this clothing, that it has to do something for them.

It has to connect them to the actress, to their characters. Thankfully, we had no issues with or any difficulties with that (that’s not always the case.) It’s always a little bit tricky, particularly when actors are arriving at the last minute because of their schedules and there isn’t really room for massive changes when you’re hand-sewing everything, and you have 20 people at the same garment to accommodate the various script needs, you know, there’s not a lot of room to change.

So, thankfully we didn’t have any issues like that. I think the biggest challenge maybe was the weather and COVID. While we were shooting, the shooting was delayed. So we were shooting in colder conditions than what we had anticipated initially. There are not many layers of wool, clothing and leg wraps and boots and nail bounced socks. For the characters are not high-status characters. You have bare feet and the bare minimum of what farm resources would have been given to the slaves. So that was challenging for the crowd and for certain characters, Olga and Halldóra, but they were all amazing. The actors were completely on-board. Alex [Skarsgård], you know, he was in the weather every single day, you know?

And so would you say that “The Northman,” out of the three films you’ve done with Robert Eggers, was this the most unique one to design for?

Well, I had previously done the period that “The Lighthouse” was set in, but I hadn’t done Southwestern and I hadn’t done oilskins — they were fabricated from scratch. That was fascinating. I hadn’t done 1630, which is the time period that “The Witch” was set in. So that was wonderful to research and to fabricate. So I guess the sheer size of “The Northman” is pretty daunting you know, I think we made something in the area of 900 odd handmade, hand-sewn items. We had handmade boots, or partially machine-made boots. All of the costuming that you see with very few exceptions were made for the film. We had very few rentals and that was chain mail, or helmets, rather ill-fitting helmets in some cases, but all of the helmets were fabricated for the film.

And we had a costume armory and a massive dying and breakdown department and the incredible talent that the costume department displayed and it was just mind-boggling really, you know?

I think this is the biggest production for Robert Eggers, but is it the biggest one that you’ve done as well? And what was that jump like then from two smaller films (“The Witch,” “The Lighthouse”) like?

The challenge of doing smaller films, for instance, “The Witch” had a minuscule budget for costuming. And yet we did hand-sewing for the majority of the costumes. That meant that Robert and I had to go through the script with a fine-tooth comb and figure out exactly what we needed to make and what was extraneous and what we wouldn’t do. That changes when you have more resources. There isn’t the same skeletal editing but we still try to be economical. We still tried to be reasonable. I think it’s still the same methodology.

When COVID happened, it was a bit of a mixed blessing because though we were delayed, when we actually came back and start from furlough and started cupping again, we had a bit more prep time to put everything back together. We had some cast changes, which made it different work in some cases, but that meant that I actually could keep sketching over the furlough period because there are over 80 original sketches and multiple costumes, so there are multiple costume changes. There are also multiples of each of those garments, you know, for stunt doubles or for blood doubles.

One final thing I want to ask you before I let you go: Are you working with Robert Eggers on his next film?

That I don’t think I can speak about.