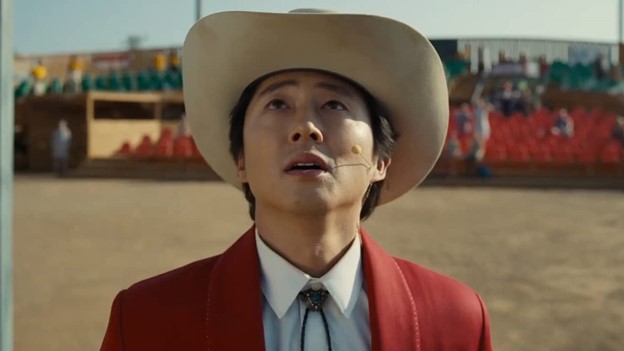 JORDAN PEELE PROMISES ‘NOPE’ WILL BE A DIFFERENT KIND OF FILM

At CinemaCon in Las Vegas, Jordan Peele took center stage to address the reasoning behind his upcoming feature, Nope.

Peele stated, “The IMAX cameras allowed us to capture some incredible images, unlike anything on film before. We used some new techniques that we’ve never seen before.”

He addressed that the title is a play on how audiences would react to a horror film and the skepticism of walking into the theater to witness such an event that ensures one’s heartbeat will be louder than their breath (assuming the product is worthwhile).

Peele also addressed the numerous theories behind the film’s title and story and claimed some are a hit or miss, but he “appreciates the audience that is engaged and looking for clues.” His words spark a similar sentiment about how audiences reacted to his directorial debut, Get Out, in 2017. The highly acclaimed feature gave audiences a scary insight into how slavery and the dark subjugation of black folks still happen in today’s time, adapting modern techniques and expansions. It exposes liberal ignorance that continues to fester as many black folks still have social anxiety on the grounds of “free” America surrounded by white colonialists and elitists.

The trailer for Nope shows glimpses of some unearthly cloud following the residents of California and disturbing the natural order. However, as many have theorized, it can still deal with aliens and possibly a mix of Western vs. sci-fi threats.

One thing is for sure: Nope is poised to become a break-out star once it hits theaters on July 22nd.

Only time will tell if it can gross as much or more as Peele’s previous works and if the marquee director makes it 3-0 in his filmography.

PREDICTING THE HIGHEST-GROSSING FILMS OF 2022