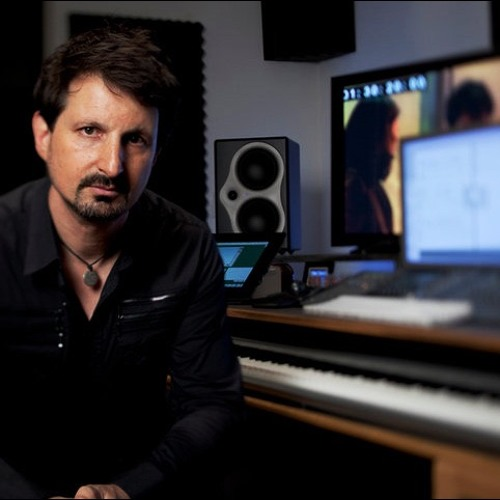 TNT Claws: Behind The Music

Extras on July 19, 2018 0Likes At The Movies
ShareTwitterFacebookInstagram

Jeff Rona is the composer for TNT’s Claws with a long history of composing and continues to express himself through music. He uses different techniques in music to help one understand a scene scene. Hear from the man himself on his love with music.

ATM: Who inspires you to compose?

JR: More than a deadline?  Let me think. There are so many crazy talented composers and artists out there who make music that inspires me. First of all, I have nothing but respect for any musician who takes some chances to do something fresh and new while still maintaining the basic idea of storytelling and emotion.

I suppose I would start with my dear friend Cliff Martinez. He manages to keep things fresh at every point, and he never adds a single unnecessary thing to a score. There are a number of other composers working in film and television who are maintaining a very high level of musical integrity. And there are so many other composers who are mainly working in the electronic field who I adore – Rival Consoles, Apparat, Flume, Eno, Bonobo, many others.

But I get inspired by so many things around me. Working as I do it’s all about the relationship between stories and culture. So, everything in our culture informs everything we do as storytellers, whether it’s writing music, words, making videos, or whatever! I admire anyone with the courage to create something.

JR: I think the reason the show has been a breakaway hit is that the producers are so willing to bend many of the conventions of TV, tell

a really great story and not take themselves too seriously. On the surface, it seems like good naughty fun, but underneath it’s a particularly dark story dressed up as a comedy.  And from the very beginning, they wanted the music to take a different path than the one expected from a show about a group of women in a nail salon in Florida who are doing all kinds of illegal and immoral things on the side.

The series started off with some very interesting ideas for how music would fit in. There’s a large number of songs in the show on top of my score, and it’s important that my music be as much of a contrast against that as possible. The songs express more of what we see on the surface of the characters and situations while the point of the score is to go inside the story in a way nothing else would. So, we see more of the internal conflict, and maybe a bit of the reason why these people do what they do.

The producers have been really generous with me to explore different ways of approaching the show musically, and where we’ve ended up is a bit different than where we started. I credit them with taking chances and then deciding on what works later. I like that approach. I think we’ve found a great place for the tone and color of the series as the score stays quite set apart from the rest of the music in the show.

ATM: What sounds in your composing should we be ready for this season?

JR: The score this season is mainly electronic, simple, somewhat stripped down but gets to the point very quickly. It has a pace and rumble that matches what these characters are going through in each crisis that occurs. Some deal with what life throws at them with more grace than others, and I think we reflect that.  I try to take aspects of contemporary music and disassemble it in a similar way that the producers take some of the attributes of their characters and disassemble them so that we can look at it in ways you would normally not see.

ATM: Any more stories you remember while composing for this series?

Working with this group of people has been more like a family than almost any other project I’ve done. Getting to know Janine Sherman Barrois and Eliot Laurence, the two executive producers of the show, has been a real joy. In many ways they seem so different, and yet they’ve come together to explore these stories. They’ve been so encouraging from the very start and really appreciative when I deliver something that they feel brings out those elements of storytelling that are important to them.

In an episode of this upcoming season, two of the lead characters unexpectedly go into a full-on musical number. I was asked to write a very bizarre love song they sing in front of a crowded room of recovering alcoholics. So, I wrote the most sincere and loving piece of music I possibly could to contrast against the humor of the situation. Although the show is set in Florida it’s actually shot in New Orleans. They flew me down there and we set up in this wonderful recording studio that was once a beautiful church. Almost every actor in the show has a line or two to sing, so they would show up one or two at a time and we would record. Even though they’re so confident on camera, many had never sung into a microphone before. So, we had a great day helping each actor find a way to get into their part in the song. I’m pretty sure a couple of them hate me now.

ATM: What makes a great score to you?

Simple, emotional, and thoughtful music that doesn’t do more than it needs to support what the audience sees and hears onscreen. Something that creates a space and defines a world that the story and characters can inhabit and takes the audience inside.

ATM: When did you start composing?

High school a bit. But not seriously until some years later when I began working as a studio synthesizer player on a lot of records, and then eventually on films and TV. It was like school for me and it leads to opportunities to do additional music on a lot of projects before doing my own.

ATM: Why do you feel this job/career was destined for you?

I feel like this job picked me and not the other way around. I just remained open to new experiences and said Yes as much as I could. The rest has just fallen into place in one way or another. It’s hard work, but I feel grateful every day for the chance to do something really satisfying that also touches as many people as possible.

You can catch Claws Sundays at 9pm on TNT.